Wealthy Illinoisans Fleeing State To Lower Taxed States than any other states in the nation:

Wealthy Illinoisans Fleeing State To Lower Taxed States and the financial crisis Illinois is in.

The economy is booming. Most states are thriving due to the economy.

According to Massimo Ressa of Gustan Cho Associates:

For the tax year 2018, that amounted to a net loss of up to $5.6 billion in adjusted gross income to other states, with each person leaving earning on average $18,000 more per tax return than those who moved to Illinois. The new data also shows Gov. J.B. Pritzker’s biggest policy priority of 2020 – a $3.7 billion progressive income tax hike that voters will approve or deny in November – would increase taxes on the Illinoisans already most likely to exit the state on net, leaving middle-class residents to pick up the tab.

While the economy is booming throughout the country, Illinois is hurting and cannot meet many of its debt obligations. This holds especially true with the pension debts.

Types Of Illinoisans Leaving The State

The top Illinois income-earners are the residents leaving the state the fastest.

According to Michael Gracz of Gustan Cho Associates, he sold his home in Barlett, Illinois, and moved to Denver due to the enormous taxes and just of the thought of J.B. Pritzker’s progressive income tax proposal. Mike Gracz said the following:

The IRS data reveals who is making up the bulk of the exodus from Illinois. Of the 2018 income tax returns that Illinois lost on net, 24,834 (58%) of them were prime working-age Illinoisans between 26-54, as has been the case for the entire decade. IRS data also shows that while Illinois is losing residents of all income brackets to other states, the Illinoisans departing at the fastest rate on net are higher-income earners. In fact, Illinois is losing people earning more than $200,000 a year at nearly twice the rate of average-income residents, on net. 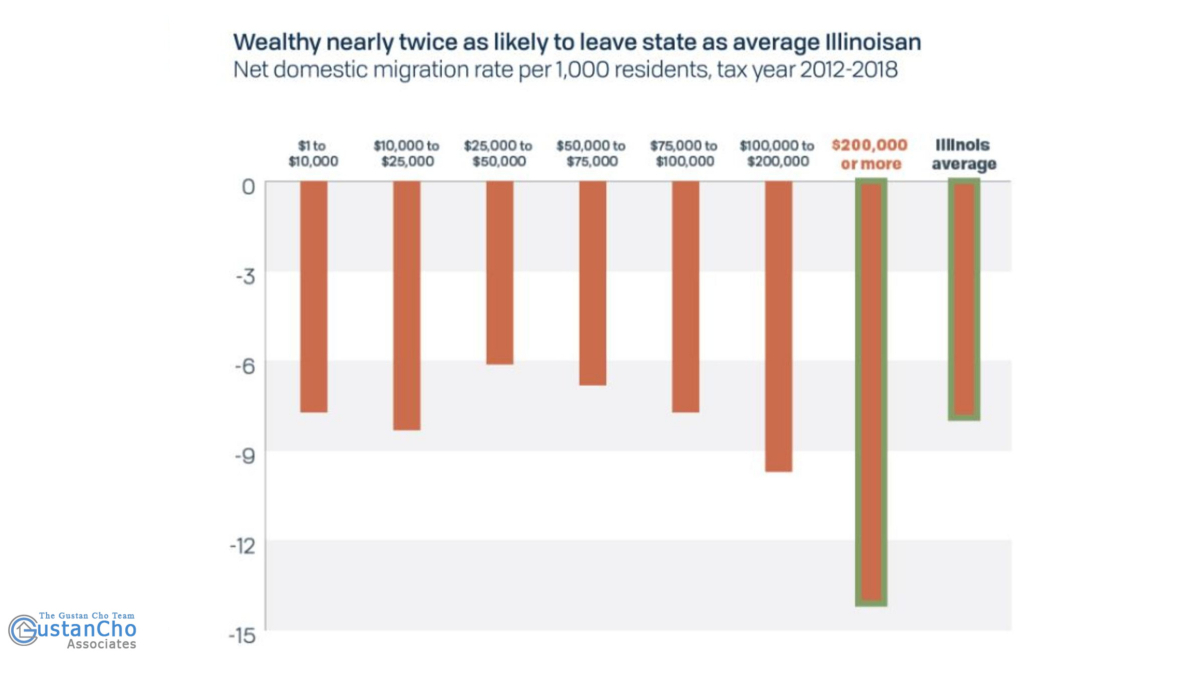 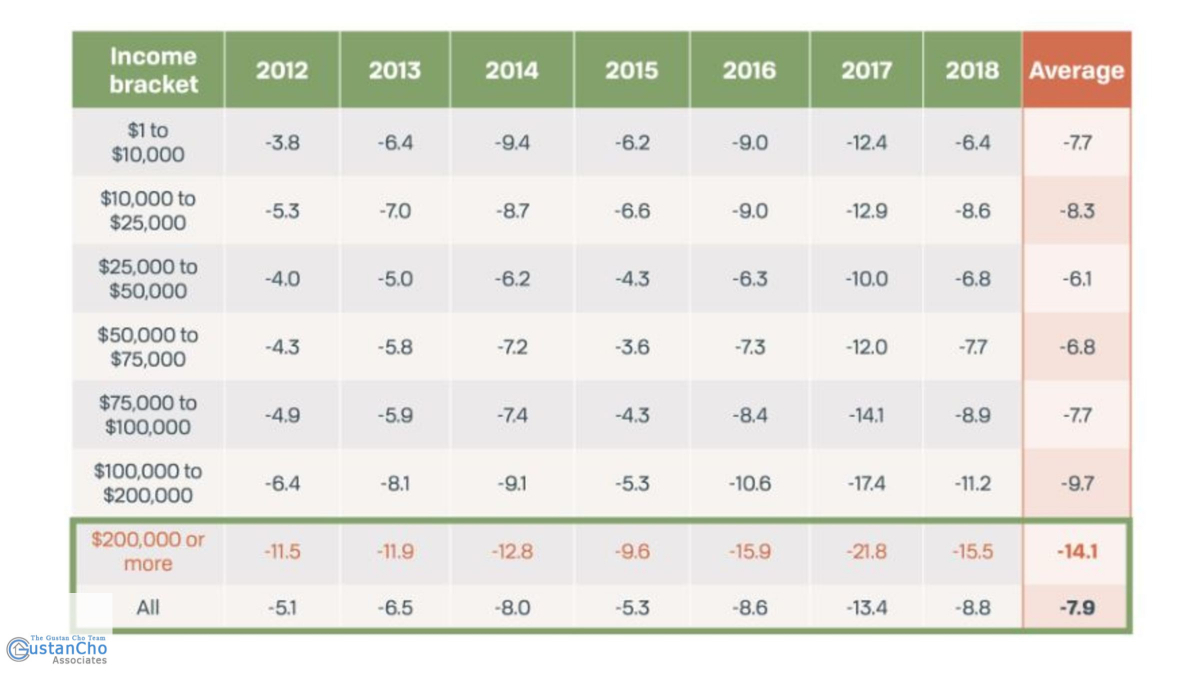 The only state to see a higher share of residents making more than $200,000 leave in the tax year 2018 was New York. Gov. Andrew Cuomo put it this way: “‘Tax the rich! Tax the rich! Tax the rich!’ We did. Now, God forbid, the rich leave.” These numbers become even starker when you compare the size of the flows in and out of the state by income group. The data reveals Illinois is losing more than twice as many wealthy residents as the state is attracting. In fact, the higher the income level, the larger the gap between Illinoisans who leave and those who come in. 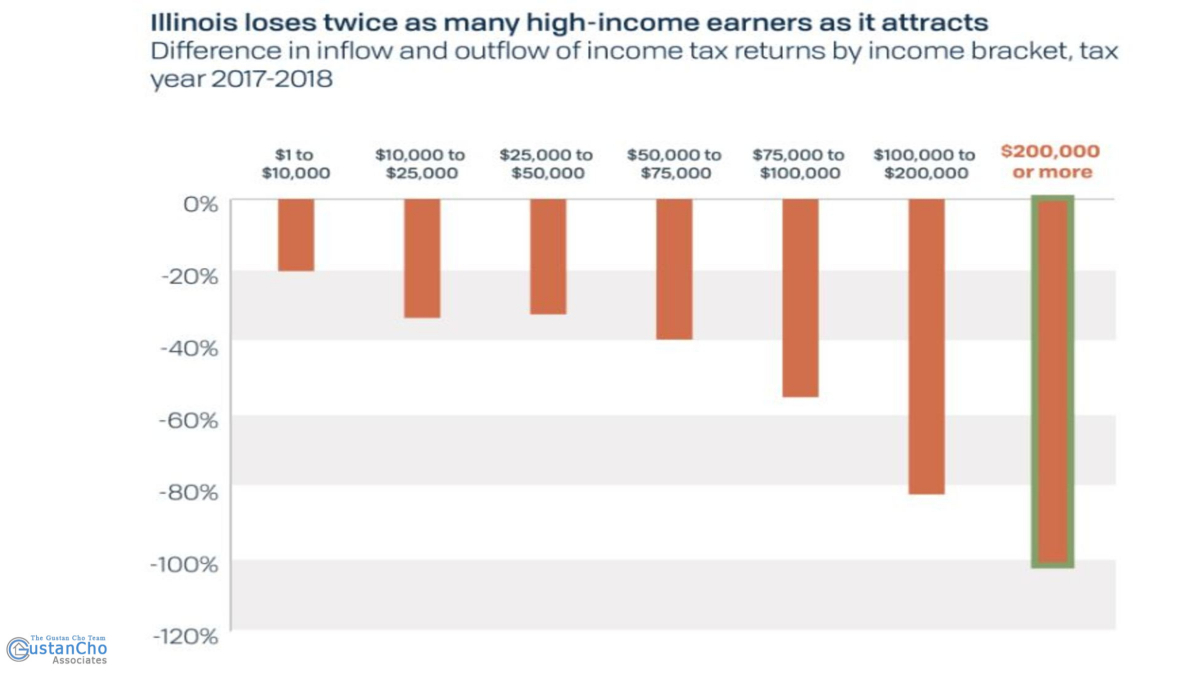 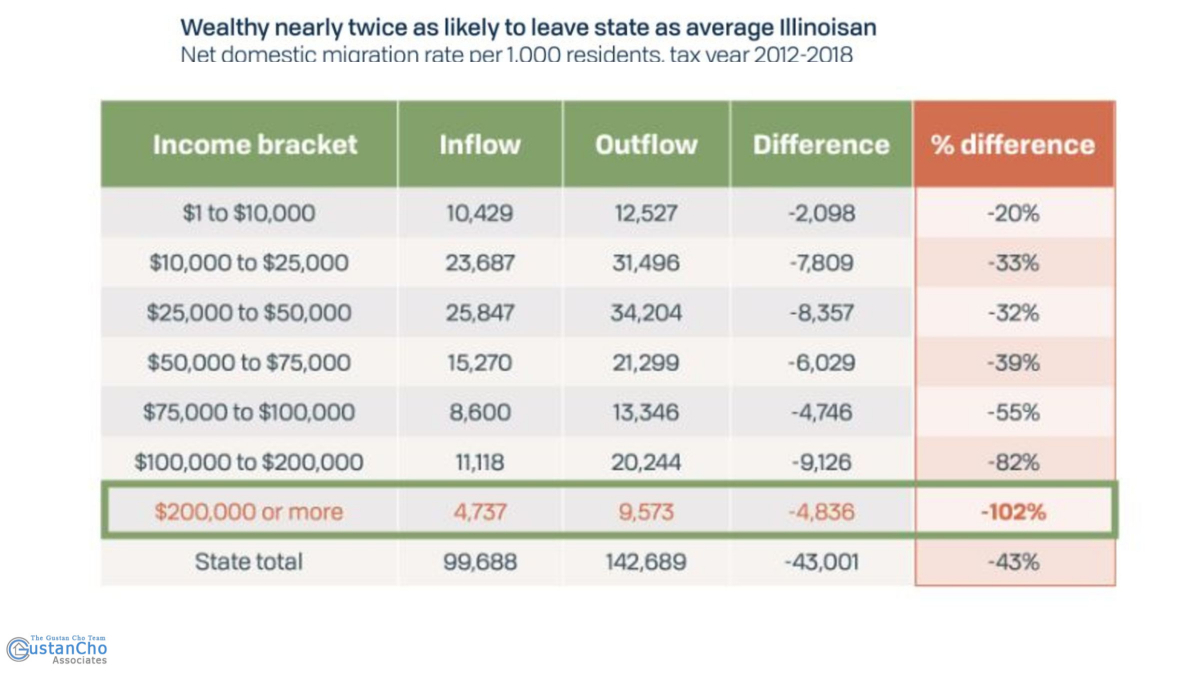 The highest income bracket reported by the IRS is $200,000 and up. Pritzker’s progressive income tax proposal would hike taxes on those earning $250,000 and up. But without spending reform, Illinois will be forced to hike income taxes beyond Pritzker’s introductory rates. 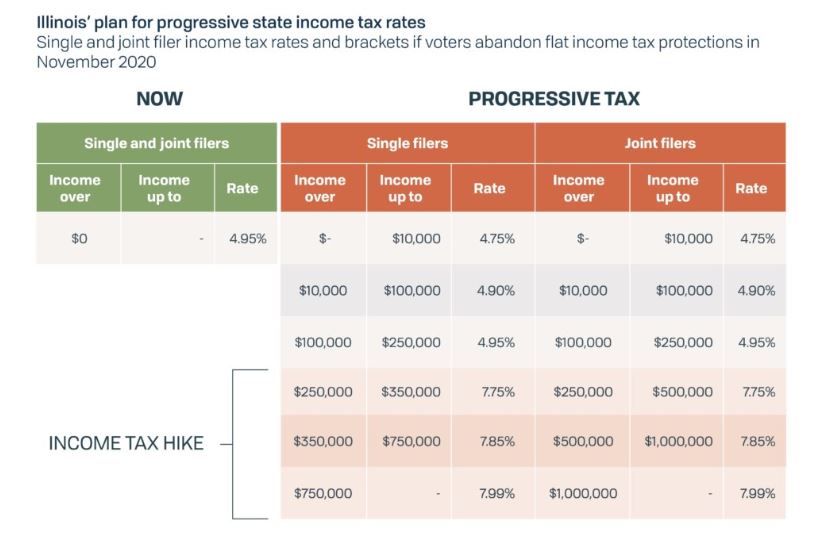 Enormous Number Of Illinois Exodus Of Taxpayers And Businesses

Illinois saw a net loss of 43,498 tax returns to other states in tax year 2018, representing a net loss of 87,882 residents, as measured in exemptions from the IRS data release. Illinois lost residents to 43 out of 49 states on net. 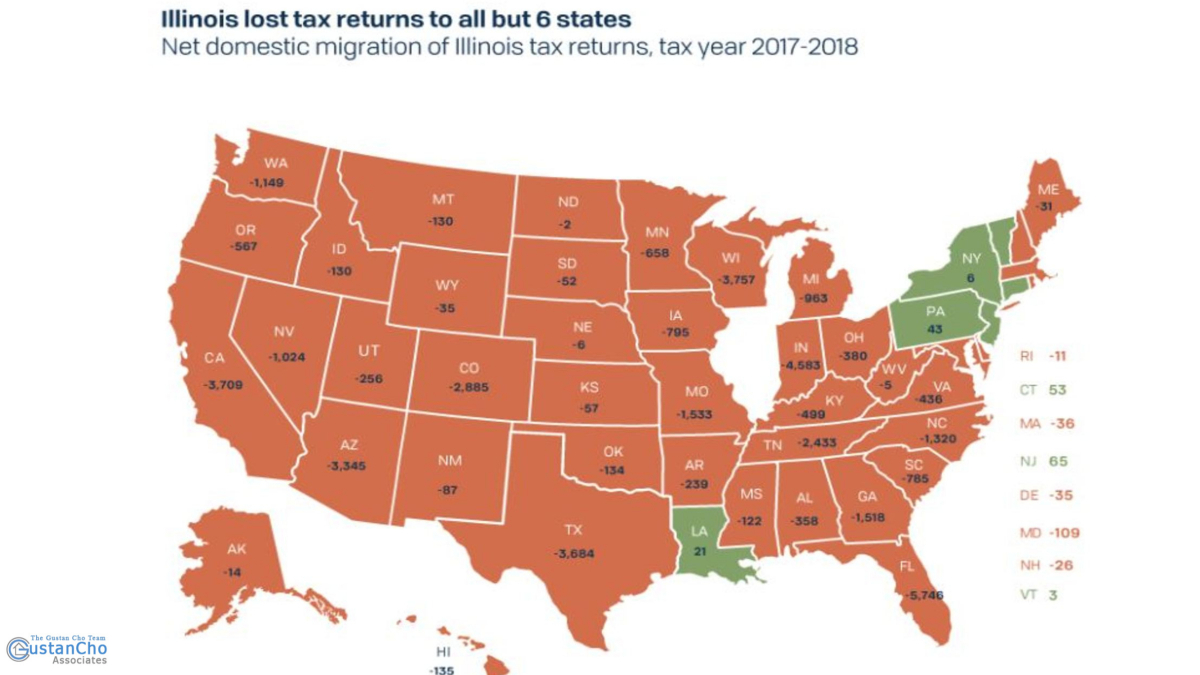 Residents That Are Migrating To Illinois

The number of taxpayers fleeing Illinois is double that of residents moving to the state. Massimo Ressa of Gustan Cho Associates said the following: 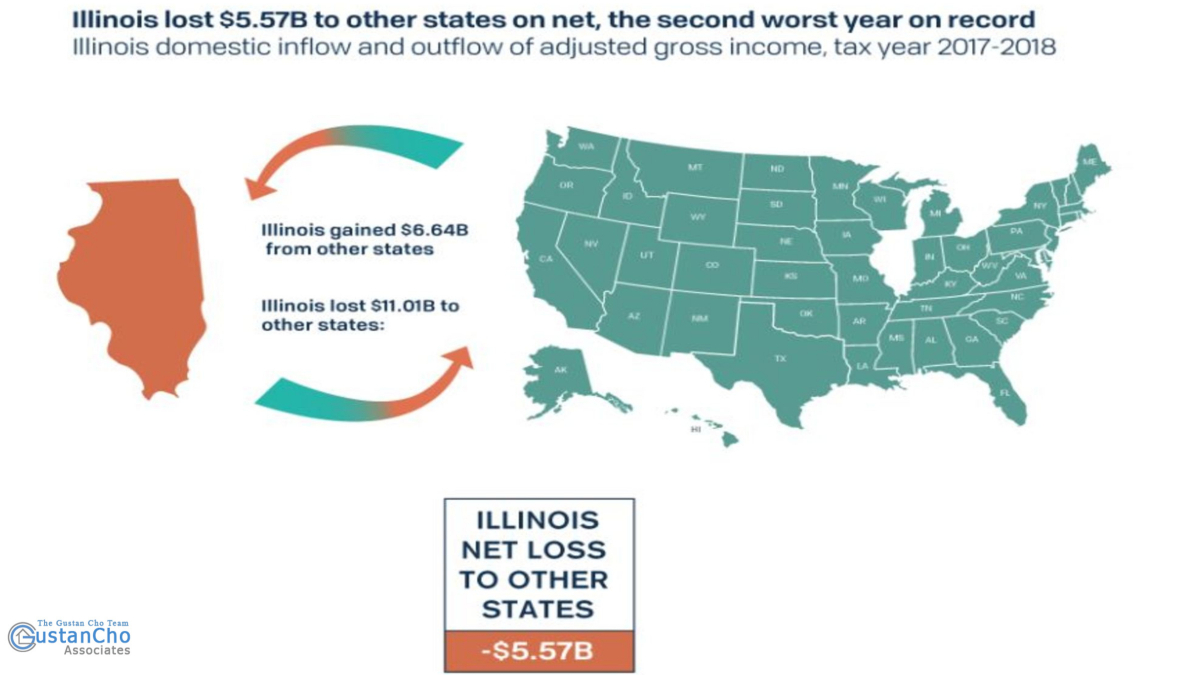 Since 2010, Illinois has failed to register a single year in which the state gained AGI on net from other states. Instead, during the decade, it has lost up to a cumulative $32 billion in income to other states. That loss is the second-largest loss of any state in the nation in both raw dollar terms and on a percentage basis. Only New York lost more income in absolute terms and only Alaska saw a larger percentage decline. 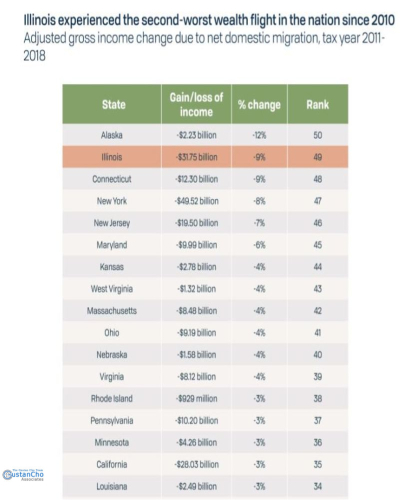 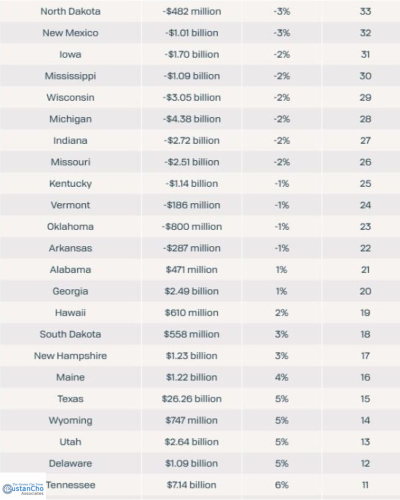 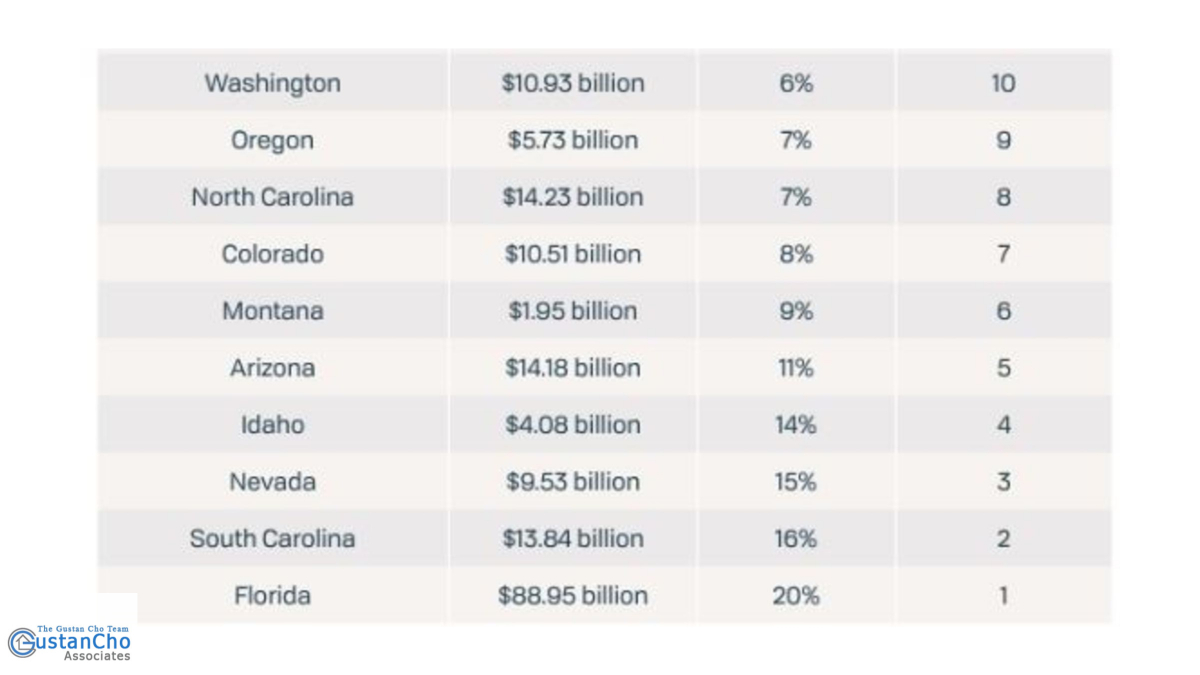 Illinois is home to one of the most skilled and productive workforces in the world. However, the IRS data reveals the state is shedding workers who earn more than those who come into the state. After adjusting AGI to reflect what those who left the state likely would have made had they remained during tax year 2018, those who left made nearly $18,000 more per income tax return than those who moved in. 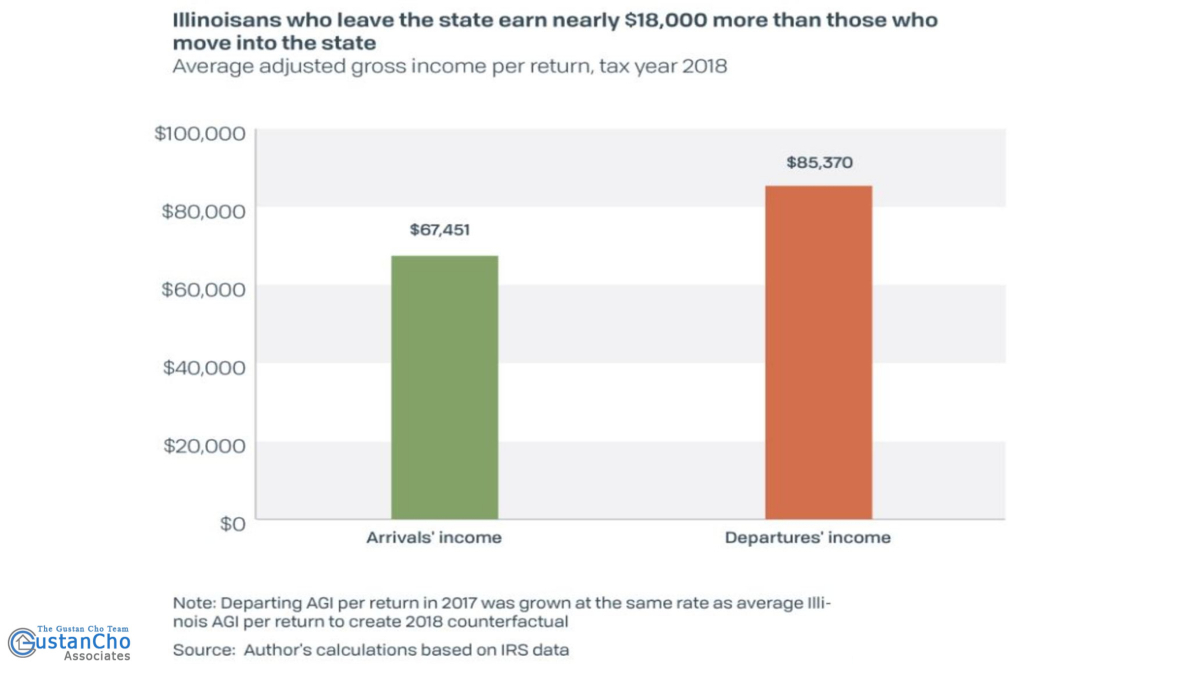 In a way, Illinois is in a state of emergency. Illinois politicians are in an emergency mode. Politicians are turning to J.B. Pritzker for guidance. However, the Illinois governor seems totally lost and clueless. His only solution seems to increase and create new taxes. Never in history has any U.S. governor become so unpopular in such a short period since taking office than Governor J.B. Pritzker.

Illinois’ people problem cannot be ignored. The state’s population decline has resulted in an economy nearly $80 billion smaller than it should be. It has also meant less tax money for the state as the tax burden has grown for the fewer taxpayers left behind. Lawmakers have enacted major tax hikes on a regular basis for those fewer state taxpayers. Now, voters have been asked to approve Pritzker’s $3.7 billion progressive income tax hike at the Nov. 3 election, with proponents promising this is what Illinois needs to turn itself around. However, taxes are already the No. 1 reason Illinoisans say they want to leave. And Pritzker is specifically proposing to raise taxes on those who are already most likely to leave. Despite data that consistently confirms this, and feedback from Illinoisans explicitly stating taxes are the main reason they want to leave, the governor claims his tax hike won’t push out more Illinoisans. Illinoisans can see how this might play out: California already conducted a similar experiment with state tax policy. Instead of increasing funding for education and putting the state on a firm fiscal footing as promised, a major progressive income tax hike in California was diverted mostly to pensions, and funding for many services now makes up a smaller share of the budget than before. A new paper by Stanford University researchers shows wealthy residents were about 40% more likely to leave after Californians in 2012 passed a progressive income tax hike. Those departures and other responses to higher taxes eliminated 45.2% of the revenue the state expected to get from high earners. The “temporary” tax is still in place and the continuing budget pressures have hurt California’s middle class.

Many successful business leaders agree that the government needs to be run like a business. It is not how much you make but rather what you spend. Many politicians elected to office have no business experience. They know how to talk and have people vote for them. However, many politicians are headstrong and think they know everything, and are not willing to listen to reason. Illinois had a declining economy for decades. Many politicians have served for decades. Why is Florida raking in billions in revenues when Illinois cannot fix its pension debt crisis? Why is Indiana operating at a surplus and Illinois is on the verge of financial collapse? Illinois has the second-highest property tax rate in the nation next to New Jersey. Countless taxpayers and businesses are making a mass exodus. The only solution the state has is increasing taxes at all levels, especially property taxes. Illinois just legalized marijuana on January 1st, 2020 to generate more revenues. However, taxes from drug sales will not make a dent in the revenue shortage. Illinois politicians need to decrease taxes instead of increasing them to attract new residents and businesses. Politicians need to follow the ideology of profitable states like Indiana, Florida, Texas, and countless other states. Incompetent politicians need to be replaced by experienced competent leaders. It is not what you take in but rather what you spend. Without quick drastic changes, Illinois is headed towards disaster.