The Top Reasons Illinoisans Fleeing To Other States

BREAKING NEWS: The Top Reasons Illinoisans Fleeing To Other States

The Top Reasons Illinoisans Fleeing To Other States are numerous.

Pritzker did not waste any time doubling the state’s gas tax in his first year of office.

Just four months into his first term, Pritzker managed to get himself and his wife MK Pritzker under federal criminal investigation for tax fraud.

In this breaking news article, we will discuss and cover The Top Reasons Illinoisans Fleeing To Other States.

The Top Reasons Illinoisans Fleeing To Other States: Highest-Tax Rate In The Nation

The U.S. economy was skyrocketing and booming prior to the coronavirus pandemic.

Never in Illinois history has so many Illinoisans left or are planning on leaving the state due to increasing taxes, public corruption, and high cost of living.

What Experts Are Saying About The Exodus Of Illinoisans

Jammi Cash of Gustan Cho Associates said the following about the massive historic out-migration of taxpayers of Illinois to lower-taxed states:

Illinois lost more than 850,000 residents to other states during the past decade, causing the state’s population to shrink for six consecutive years and suffer the largest raw decline of any state in the 2010s. Though many assume Illinois’ cold, wet winters and hot, humid summers are to blame, people are likelier to leave the state for a better job or housing opportunities. The largest group leaving were prime working-age residents, which erodes the state’s future. Being one of only four states seeing population losses during the past decade is a big problem. It makes Illinois poorer and less diverse. It also exposes the deeper problems of jobs and housing. Since 2010 Illinois has lost prime working-age individuals of every race and ethnicity to other states on net, with Asian, Black, Native American, and Pacific Islander Illinoisans leaving at the fastest rates. Domestic outmigration has even been enough to cause Illinois’ white and Black populations to decline.

One of The Top Reasons Illinoisans Fleeing To Other States is due to incompetent politicians.

Illinois Governor J.B. Pritzker said the following about Illinois losing tens of thousands of individual taxpayers and small businesses to other lower-taxed states:

People talk about the exodus from Illinois, and they’ve blamed it on a lot of things because we’ve lost population. Illinois lost population in 94 out of the last 95 years, so it’s not like it’s a new thing that we have a slight out-trickle of people leaving the state. Nevertheless, I’d like to reverse it. Illinois’ outmigration is hardly a “slight out-trickle.” Illinois’ exodus has gotten worse over time but I am not concerned. Under my leadership, I see more people will be moving in to Illinois.

After Pritzker released the above statement, he got slammed not only by his critics but also by fellow Democrats. 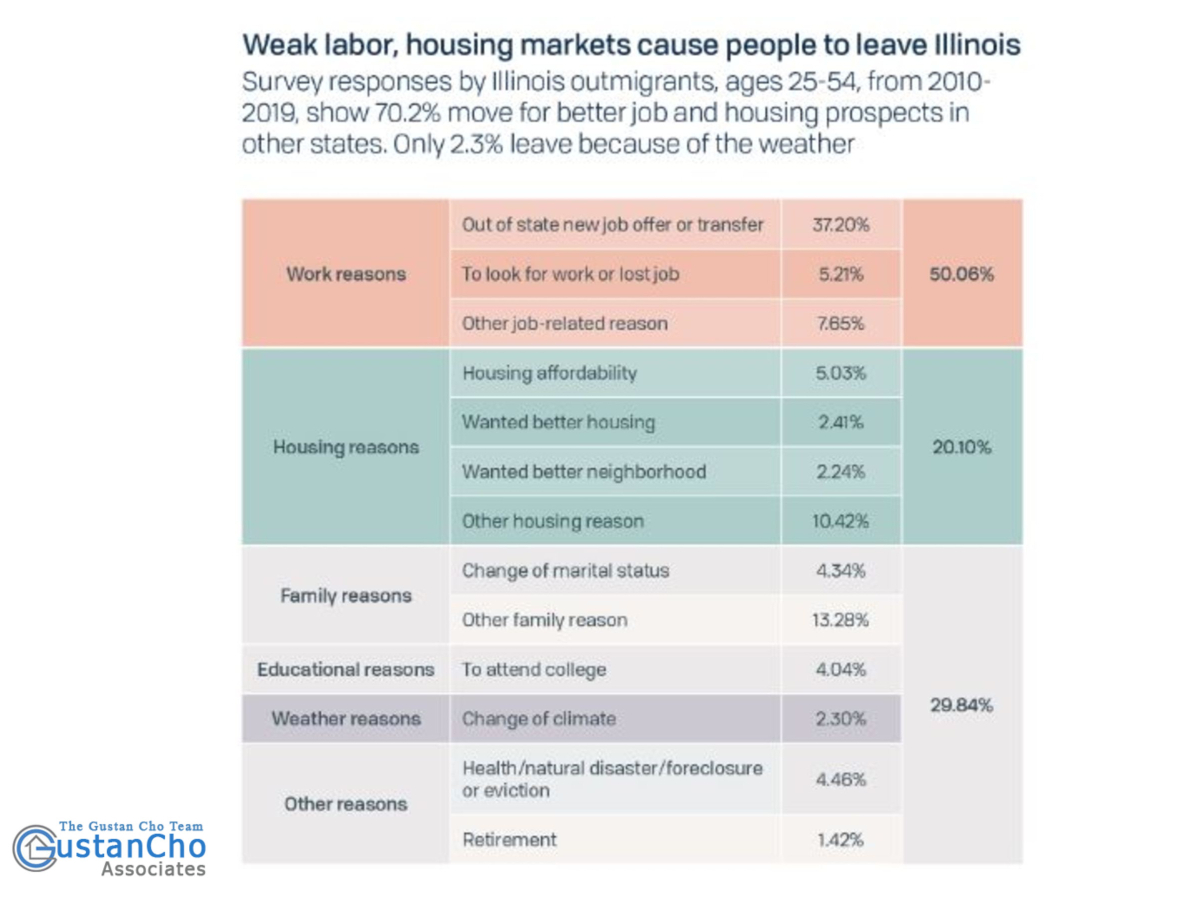 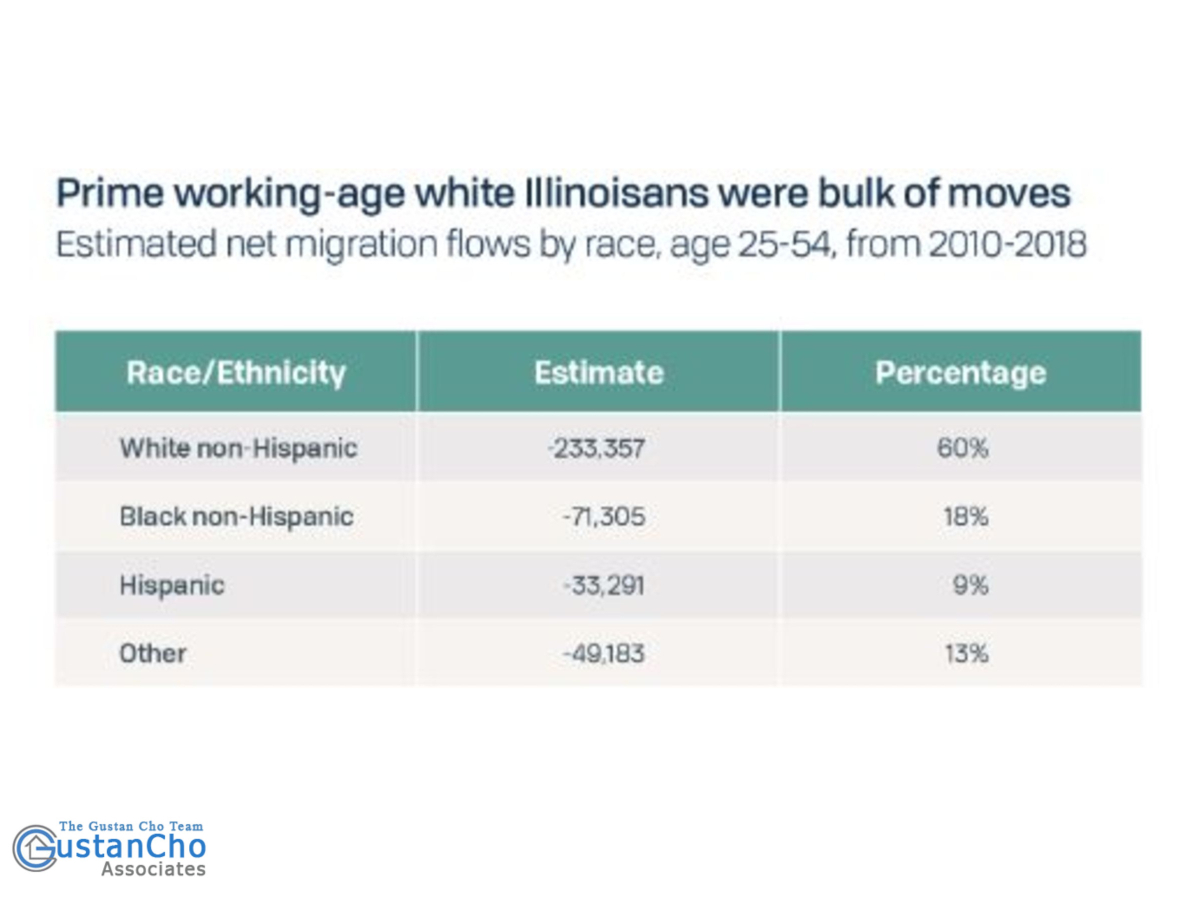 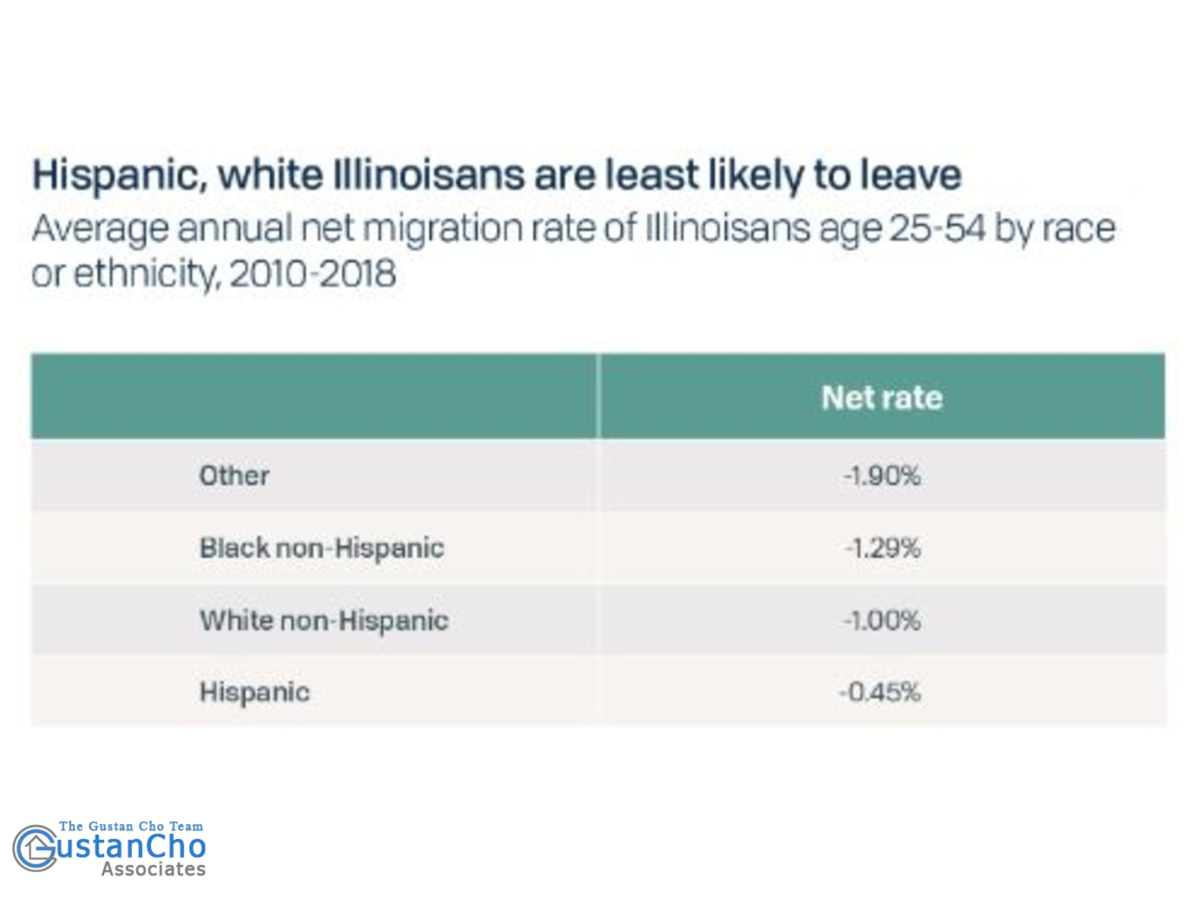 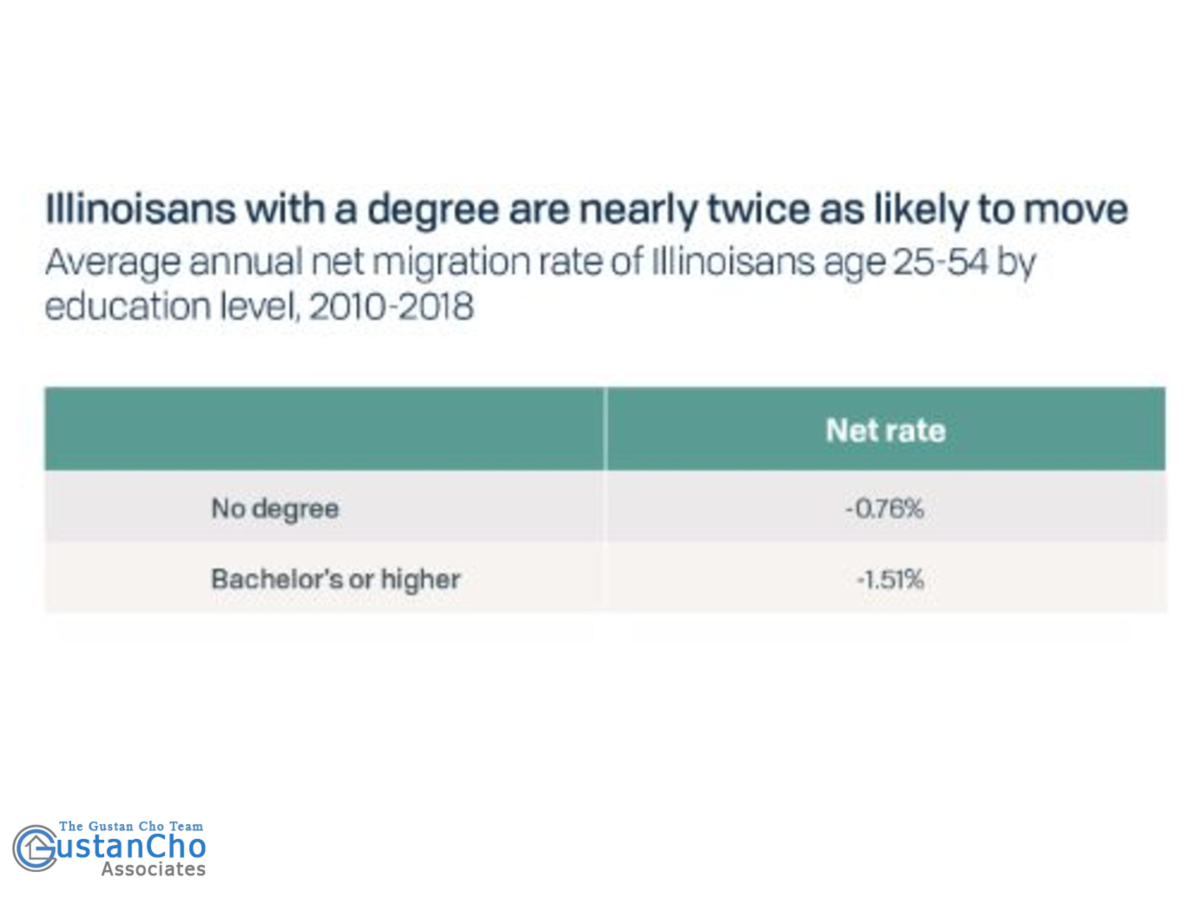 States Illinoisans Are Migrating To History Of Corruption And High Taxes

Illinois has a long history of public corruption. Over 1,700 Illinois politicians, judges, and public workers have been indicted, convicted, and sentenced for corruption. Six former Illinois governors got charged and indicted for corruption. Four out of the six were convicted and sentenced to federal prison. It only took the newly elected freshman rookie governor JB Pritzker four months since taking office to be under federal investigation for a tax fraud scheme. JB Pritzker and his wife MK Pritzker were caught red-handed removing all toilets from the home they owned next to their primary home in Chicago’s Gold Coast. By doing so, the property’s valuation got reduced from $6 million to $1 million saving the Pritzker’s $331,000 in property tax savings. A home inspector with the county Assessor’s office came out and confirmed there were no working toilets at the Pritzker home. Once the inspector left, MK Pritzker ordered contractors to re-install the toilets back. After JB Pritzker go caught on this property tax fraud scheme, he immediately paid the $331,000 tax savings to the county assessor to avoid a federal investigation. Unfortunately, it was too late. Federal investigators are still investigating Pritzker’s tax fraud scheme. Public corruption costs taxpayers over $550 million per year. Public corruption is one of the reasons why taxes are so high in Illinois and a reason why Illinoisans are fleeing the state.