More Homeowners Are Leaving Illinois Than Any Other States

This ARTICLE On More Homeowners Fleeing Illinois Than Any Other State Was PUBLISHED On September 13th, 2019

More Homeowners Fleeing Illinois Than Any Other State

BREAKING NEWS: More Homeowners Fleeing Illinois than any other state in the country.

In this article, we will cover and discuss why More Homeowners Fleeing Illinois than any other state in the U.S. Recent data and polls by departing Illinois residents suggested as Illinois high taxes, including high property taxes were the main reason for exiting the state.

Countless Of Homeowners Leaving The Land Of Lincoln

Illinois residents even relocated to Eastern states like Maryland, Virginia, Maine due to those states having lower taxes than Illinois.

Is The Exodus Temporary Or Will Illinois Lose More Taxpayers

Illinois is one of the best places to live in.

Many taxpayers are afraid of staying in Illinois and are referring Pritzker as a loose cannon.

Chicago is in a major financial mess. Chicago has one of the highest tax rates in the nation.

Financial State Of The City Of Chicago

With being one of the highest-taxed cities in the country, the city is still broke and could be facing bankruptcy. Chicago is the only major city in the country that has consistently lost taxpayers year after year for the past 5 years.

The so-called “U-Haul index” — a measure of the difference in rates charged for outgoing rental trucks versus incoming trucks — rates Illinois as number one for outbound moving vans. They are no doubt getting out while the getting is good. Many of the state’s 656 public pension plans are so far underwater that the state passed a law allowing something called an “intercept,” which allows pension boards to raid a delinquent municipality’s state income tax funds. The municipalities of Harvey and North Chicago have already suffered the indignity, and the pain, of having funds siphoned off to make those delinquent pension-plan contributions.

Comparing Illinois To Other States

Illinois is not the only state that is in a state of bankruptcy.

Yet, politicians in New York is raising taxes and creating new taxes on anything and everything they can think of.

Eventually, city and state taxes, fees, and regulations become so burdensome that people and corporations jump ship. More people are currently fleeing New York than any other metropolitan area in the nation. More than 1 million people have moved out of the New York City metro area since 2010 in search of greener pastures, which amounts to a negative net migration rate of 4.4 percent….What’s happening in the Big Apple is a microcosm of what’s happening in the nation’s blue states, cities and towns. New York, Los Angeles, Chicago — the places where power and capital have traditionally congregated — have become so over-regulated, so overpriced and mismanaged, and so morally bankrupt and soft on crime that people are leaving in droves.

The exodus is eroding the tax base of Illinois and other states while the generous welfare schemes in these states are inviting the poor to move there. This is a recipe for increasing the incentive by those who can move.

Michael Gracz used to be a lifelong resident of Illinois. He sold his home in the Northwest Suburbs of Chicago and relocated to Colorado. The main reason Mike relocated to Colorado was because of the high state taxes of Illinois. This held especially true with his property taxes. Mike Gracz sold his house and is currently shopping for a home in the Denver area to purchase.

More Homeowners Fleeing Illinois: Why Are Certain States Booming While Others Are Going Broke?

One of our borrowers at Gustan Cho Associates moved to Franklin, Tennessee. This couple said that by moving to Tennessee, it saved them 25% of their income. These savings could have gone to property taxes and other junk taxes in DuPage County, Illinois. Florida is raking billions in taxes due to new residents moving to their state. It seems like the Republican-run states are thriving while states run by Democrats are going broke. This is a developing story. Gustan Cho Associates Mortgage News will keep you posted as more news develops in the coming days, weeks, months. Stay tuned. 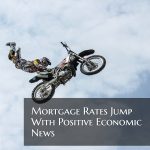 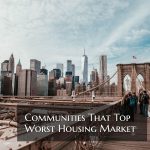