Eliminating Property Taxes Proves It Works For Town In Texas

This ARTICLE On Eliminating Property Taxes Proves It Works For Town In Texas Was PUBLISHED On October 29th, 2019

Property taxes are how most communities pay for their schools, city services, police, fire, and other expenses.

In this article, we will cover and discuss Eliminating Property Taxes Proves It Works For Town In Texas.

We are not be going to bash any politicians nor political parties on this blog.

However, Illinois is not cutting spending. J.B. Pritzker, the current governor, has even given all state lawmakers pay raises when the state is on the verge of bankruptcy. Pritzker has recently doubled the gas tax in Illinois.

Eliminating Property Taxes has been proven by a small town in Texas. Large U.S. cities that are broke and have taxpayers fleeing their state should take notice of Von Ormy, Texas. This small Texas town is growing and is now on the map by many politicians in financially strapped communities. The Town of Von Ormy, Texas refuses to collect property taxes from real estate owners. Von Ormy is under the leadership of Art Martinez de Vara. In 2014, Mayor Art Martinez de Vara issued his proposed 2015 city budget. Eliminating Property Taxes was on the top list of his proposal.

In 2009 we established a goal of shifting the tax burden for operating the city from property taxes towards sales taxes.  We did this because over 95% of sales taxes are paid by non-residents and we understood that we could increase sales tax revenue much faster than property tax revenue.  Since that time we have increased sales tax revenue by over 400%.  In order to have achieved the same revenue, we would have had to increase them by 300% from where we were in 2009. I believe that government should not spend every penny it collects, rather we should spend what is necessary to deliver high-quality core services to our residents.  Excess taxation is unjust taxation.

Great Leadership By The Mayor And City Council

In 2015, the Town of Von Ormy City Council voted to reduce property taxes by 10% annually until the rate was down to zero.

Von Stormy, Texas was ranked as the lowest cost of living in the San Antonio area.

Businesses and taxpayers move to communities with low property taxes, low sales and income taxes, and low cost of living.

The Chicagoland area lost 150 jobs while Hammond Indiana gained 150 jobs. Midland Metal Products was based in Chicago since its creation 98 years ago. More and more taxpayers are leaving high taxed communities. Politicians need to think outside the box like Von Ormy, Texas officials. Do not try to reinvent the wheel. Eliminating property taxes work. Consult with city leaders of communities like Von Ormy, Texas and learn what they are doing. If your state is in financial chaos, check with leaders of profitable states like Florida, Tennessee, Kentucky, and others where they are raking in billions and attracting countless businesses and taxpayers. This is a developing story on Gustan Cho Associates Mortgage News. We will keep our viewers update on developments. 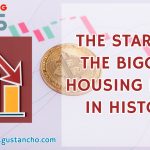 Previous Post The Start Of The Biggest Housing Boom In History

Next Post Down Payment Assistance Mortgage Programs For Home Buyers