This Article Is About States With Highest Property Taxes For Homeowners

Many home buyers thinking of relocating to another state often wonder what are the states with higher property taxes.

This is mainly due to lower Indiana property taxes.

Right hand rule is average property taxes on a single family home should average 2% of the home’s value.

Home buyers should think about the average property taxes in the state they plan on relocating.

Here are the top states with highest Property Taxes:

The state of California has one of the highest home values in the country.

However, due to the high real estate value, homeowners pay a lot in property taxes.

The state’s property taxes are the 10th States With Highest Property Taxes in the U.S.

Many Illinois homeowners are selling their homes in Illinois and moving across the border to Indiana, Kentucky, Tennessee due to the high Illinois property taxes.

How Much Do Homeowners In Massachusetts Pay In Taxes

Massachusetts homes are the third highest in the nation at $398,300.

Real estate tax rates is not bad but due to higher home prices, homeowners will pay a lot in taxes.

Many New York residents are leaving the state to other states with lower overall tax rates.

Homeowners average $5,241 in annual property taxes which is higher than most states.

Many New Yorkers migrate to Connecticut due to its vast land and beautiful landscape.

This makes Connecticut property owners paying the sith highest rate in the country.

Many New York homeowners relocate to New Jersey due to lower sales and state income taxes.

Home buyers need to realize that the above data are just generalization on state property taxes. Property taxes vary among cities and counties within a state. For example, in Illinois, towns like Bellwood and Round Lake Beach Illinois can have taxes of $10,000 on a $100,000 home. This is 10% property tax rate. Make sure to research not just the state but the municipality as well. 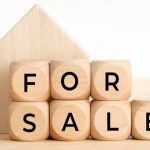 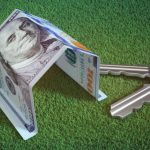