California is the third-largest state by size in the United States and has the largest population out of any state. With a population of 39.5 million residents, the area consists of 163,696 square miles (423,970 km2). Los Angeles County and its surrounding areas have the largest area in the state. Los Angeles County is the most populous area in the states and has the nation’s second-largest population with 19 million residents.

The state of California has 40 million people.

Californians are fleeing the state due to high taxes and the high cost of living to other low-taxed states. However, there are tens of thousands of people moving to California not just from other parts of the nation but from foreign countries. California is experiencing a shortage of housing for many years. Due to the strong housing demand and limited housing inventory, California Housing Market Forecast for 2021 remains strong. Home prices in California have been skyrocketing for almost ten years and there is no sign of any housing market correction. Now with 30-year fixed-rate mortgages at under 3.0%, homebuyer demand will become stronger than ever. The coronavirus outbreak shook the whole country.

Over 50 million Americans filed for unemployment. Unemployment rates are still under 10%. Many Californians were hoping for a huge housing market correction. However, the housing market is stronger today than when the coronavirus broke out.

California Housing Market Forecast as well as the economic outlook after the coronavirus outbreak was bleak. The state, like other states in the nation, was shut down by the governor. Most economic experts predicted another housing crash worse than the 2008 Great Recession. National unemployment numbers topped close to 20%.

Los Angeles Mayor Eric Garcetti, one of the worst mayors in the nation and probably the most incompetent, issued executive orders that were clearly unconstitutional such as shutting down utilities for those who defy his illegal and unconstitutional executive to stay at home order:

It seems blue states with incompetent governors and mayors are struggling and in a financial crisis. This holds true in Illinois. The combination of the heavy-set obese incompetent governor J.B. Pritzker and Chicago Mayor Lori Lightfoot, both the city of Chicago and the state of Illinois are on the verge of financial collapse and meltdown. Due to incompetent Democrat politicians, the California economy got crippled.

Over two-thirds of California workers are employed by small businesses. Democrat politicians from the governor on down to city mayors did everything possible to have the entire state restricted from reopening and Californians going back to work. Homebuyers were at a standstill until the chaos in the state would stabilize. Homebuyers were hoping housing prices would fall due to the California economy deteriorating. Landlords were worried about vacancies and tenants under the CARES ACT not paying rent. Cities and counties throughout the state were implementing moratoriums on evictions hurting landlords and the commercial real estate market.

Due to the Trump Administration acting quickly with the CARES ACT and other economic stimulus packages, the housing market is stronger now in California than it was prior to the outbreak of the coronavirus pandemic in February 2020. With thousands of homebuyers who suspended their home purchase prior to the coronavirus pandemic, you now have a flood of homebuyers looking for homes in a market with limited inventory. The housing market is booming in all parts of California. Even with one of the highest tax rates in the nation, California is attracting thousands of new taxpayers and businesses. A good economy means a stronger housing market.

The U.S. economy was booming prior to the coronavirus outbreak in February 2020. Then the coronavirus pandemic hit the U.S. Most state governors ordered executive stay-at-home orders and shut down their states. Many homebuyers with pre-approval letters halted their shopping for a home because the housing market was going to crash. Many homebuyers were convinced the housing market was not only going to collapse but will be worse than the 2008 housing and credit meltdown. However, this notion of another Great Housing Crashing in 2020 backfired. Instead of housing prices collapsing, it went the other direction. The California housing market is stronger today than it was prior to the outbreak of the coronavirus.

The Trump Administration is proactive with any negative impact that will hurt the U.S. economy.  It is no rocket science that President Donald Trump will win reelection for his second term on November 3rd, 2020 Under the next Trump Administration, the economy and the housing market is expected to boom to historic growth levels Due to the strong demand of homes versus inventory, the housing market forecast in California remains strong not just for 2021 but for the next five years

Construction materials, labor costs, and rising land prices is adding fuel to the fire on rising housing prices for 2021 and years to come Due to the strong tech sector in California, more and more people are locating to the state and will no doubt look for housing Many homebuyers who have suspended their home shopping due to the coronavirus outbreak in February 2020 are now back looking for homes

Getting A Home Mortgage In California With The Booming Housing Market

Mortgage rates are at historic lows. Median home prices in California is double the national average and are expected to rise more due to the demand of housing. The median home price of an average 2,000 square foot home is just under $600,000. Due to high home prices, many counties in California is considered high-cost areas. The maximum FHA loan limit on FHA loans is capped at $331,760 for most areas in the United States. However, both FHA and Conventional loan limits in high cost areas in California is capped at $765,500 on FHA and Conventional loans on single-family

homes. As of January 1st, 2020, there is no longer a maximum VA loan limit. Gustan Cho Associates is a national mortgage company licensed in multiple states including California has no lender overlays on government and conventional loans. Gustan Cho Associates are also experts on non-QM loans. Non-QM loans are very popular in California. Self-employed borrowers can qualify for non-QM bank statement loans with no income tax returns required and no maximum loan limit. Borrowers can qualify for non-QM jumbo mortgages with credit scores down to 620 FICO. To qualify for a home mortgage with no lender overlays on government and/or conventional loans, please contact us at Gustan Cho Associates at 262-716-8151 or text us for a faster response. Or email us at [email protected]

I am attempting to either Refinance our current home. Our chapter 11 reorganization is administratively closed as of August 2020.

I will call with details. Thank you. 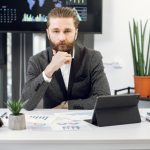 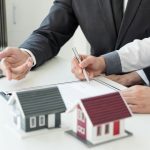