What Is The Definition Of Credit Tradelines

In this article, we will cover and discuss Non-Traditional Credit Tradelines To Qualify For Mortgage.

Here are examples of traditional tradelines:

All the above tradelines report to credit reporting agencies and are considered a credit tradeline if the consumer has had it for at least a year.

Why Are Credit Tradelines Important

When a creditor looks at a credit applicant’s credit profile, they do not just look at the credit scores. Creditors will review the overall payment history of the consumer. Past payment patterns normally reflect future payment habits. This is why credit tradelines are so important. Mortgage Lenders will want to see the past credit performance of borrowers via past payment history on their credit report. The past payment behavior of consumers is a good indicator on the future payment behavior. However, if borrowers do not show any credit tradelines that report on their credit report, that could be an issue. Home Buyers without a credit score or no traditional credit tradelines can qualify for home loans using non-traditional credit tradelines to qualify for a mortgage.

For home buyers applying for a mortgage loan, the majority of the mortgage lenders will require credit tradelines that have been established for at least 12 months and that are in good standing. The majority of lenders require three established credit tradelines. There are lenders that will require up to five credit tradelines. Examples of tradelines include credit cards, automobile loans, student loans, installment loans, and other types of revolving and installment loans. There are lenders that will not accept a loan application if applicants do not have enough tradelines. This holds true even though they qualify with sufficient income and meet minimum credit score requirements.

Non-Traditional Credit Tradelines In Lieu Of Borrowers With No Credit

2 years of tax returns and tax transcripts are required and must follow standard FHA guidelines.

Many first-time homebuyers or recent college graduates who do not have a credit score may need to use non-traditional credit tradelines to qualify for a mortgage. If a lender uses non-traditional credit tradelines, they need to do a manual underwrite. FHA and VA loans are the only two loan programs that allow manual underwriting on home loans. Mortgage Borrowers who need to qualify for a mortgage using non-traditional credit tradelines with a lender licensed in multiple states with no lender overlays can contact us at Gustan Cho Associates at 262-716-8151 or text us for a faster response. Or email us at [email protected] The team at Gustan Cho Associates is available 7 days a week, evenings, weekends, and holidays. We have a national reputation for being able to do loans other mortgage companies cannot do. Over 75% of our borrowers at Gustan Cho Associates are folks who could not qualify at other mortgage companies due to their lender overlays or due to a last-minute mortgage loan denial. GCA Mortgage Group is a mortgage banker, correspondent lender, and mortgage broker. We have our in-house underwriters for FHA, VA, USDA, and conventional loans and have the ability to broker non-QM and alternative mortgage loans such as no-doc home loans, stated income mortgages, bank statement loans, P and L stated income mortgages, and dozens of other loan programs. 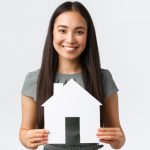 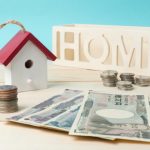 Next Post Common Lender Overlays On Government And Conventional Loans