Illinois Unemployment Worst In The Nation During The COVID-19 Crisis

This BREAKING NEWS Article On Illinois Unemployment Worst In The Nation During The COVID-19 Crisis Was PUBLISHED On July 25th, 2020

Illinois Unemployment Worst In The Nation During The COVID-19 Crisis. Illinois has the Nation’s highest tax rate.

Pritzker gave all lawmakers a $1,800 raise while Illinois is on the verge of bankruptcy.

Through the request of House Speaker Mike Madigan, Pritzker also gave over $200 million in pay raises for high-level state workers.

Changing The State’s Flat-Tax To A Progressive Tax System

The governor is also proposing in changing the state’ s flat-tax protection program to a progressive tax system.

There has been little to no changes in continued unemployment claims in Illinois since mid-April. Other states are getting back to work.

Illinois Unemployment Worst In The Nation According To Experts

Michelle McCue of Gustan Cho Associates has been closely monitoring the unemployment rates in Illinois. Michelle McCue said the following:

An additional 37,626 Illinoisans filed for unemployment the week ending July 11, bringing total job losses to 1,458,097 since COVID-19 began shutting down the state’s economy, according to new data from the U.S. Department of Labor. Despite a small decline in new initial claims, Illinois has so far been unable to reduce the number of workers still needing unemployment checks, even as other states see large drops. Since the last monthly jobs report, continued unemployment claims in Illinois are virtually unchanged. All other neighboring states and Midwest states have seen a substantial decline.

Politicizing The Coronavirus Pandemic By Pritzker And Lawmakers

Illinois probably has the worst economy in the Nation.

Over 2,500 out of 4,400 closed Illinois businesses are not expected to reopen due to the prolonged stay at home order by the governor. 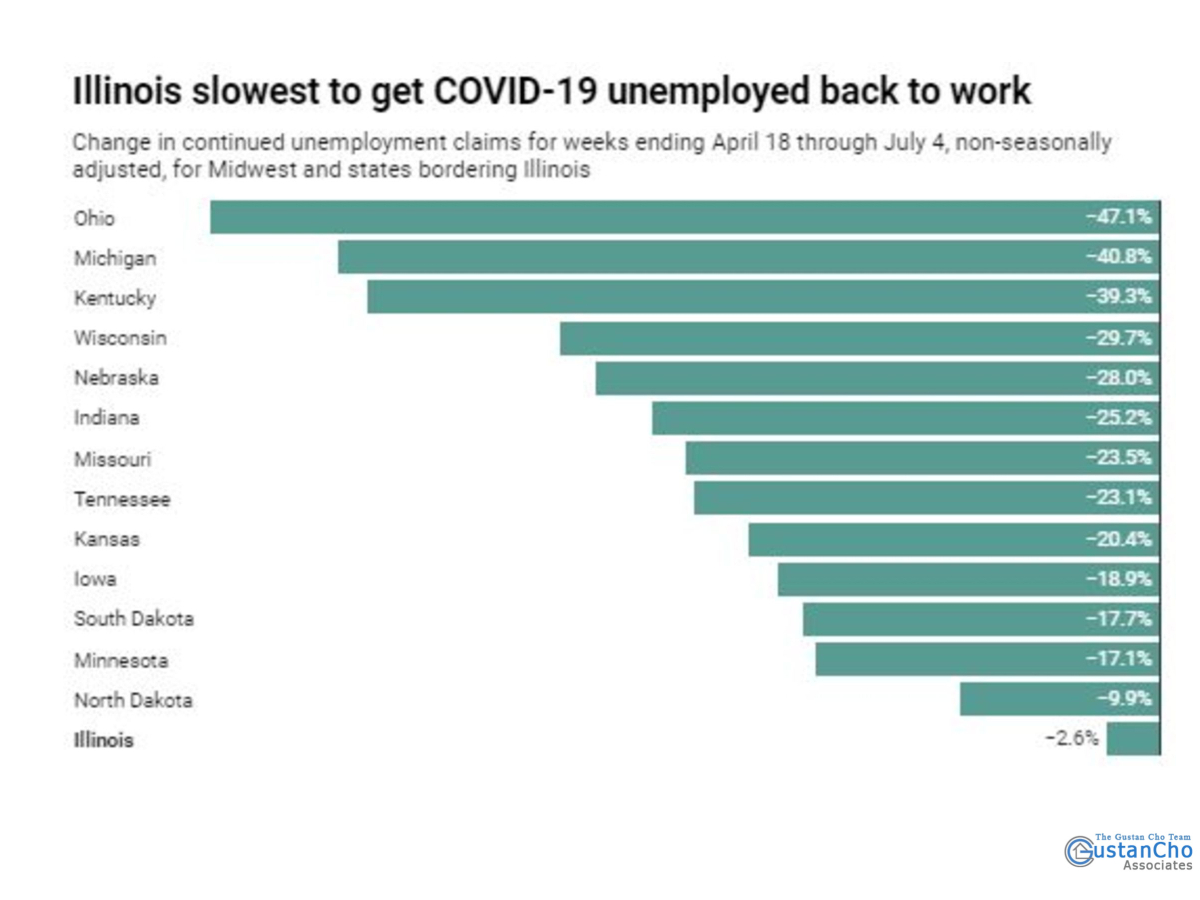 Massive Exodus Of Illinoisans Due To Public Corruption And Incompetent Leaders

Illinois is also ranked as the most corrupt state in the Nation.

In this article, we will discuss and cover the Illinois Unemployment Worst In The Nation During The COVID-19 Crisis. 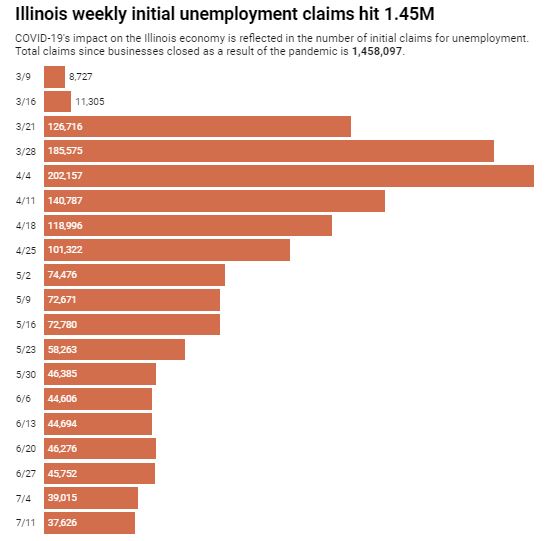 As new data on COVID-19 emerges, Illinois will have to adapt to changing circumstances. Still, research shows the sequential lift of a lockdown is the best way to mitigate both the human cost of the virus and the economic damage. Illinois voters need to consider the potential for the COVID-19 economic damage to be magnified by the progressive income tax hike state leaders are seeking Nov. 3. Economists argue against increasing taxes during a recession. A progressive tax will increase taxes up to 47% on more than 100,000 small businesses just as they are trying to recover from the COVID-19 economic damage. Those small businesses are responsible for the vast majority of new jobs in Illinois. A safe return to work is the first step to bringing Illinoisans back to work, tackling growing racial gaps, and to revive the Illinois economy. A tax increase would be a misstep.

Many experts consider the incompetency of Pritzker and state lawmakers dangerous to the fate of Illinois. The worst mistake Pritzker can make is raising taxes during an economic meltdown. Can Illinois last another two years under the helm of JB Pritzker and his Democrat lawmakers? Will Pritzker get indicted along with Michael Madigan? The FAIR TAX will be the straw that broke the camel’s back to the devastation of Illinois. Stay tuned. We will keep our viewer updated on this developing story.