This breaking news on Illinois Public Corruption Costs Illinoisans At Least $550M Per Year Was PUBLISHED On July 21st, 2020

Illinois Public Corruption has been a major issue over the decades.

Once Pritzker got caught for his property-tax fraud scheme, he immediately paid the county back the $331,000 property-tax break he got.

The federal government never stopped JB Pritzker’s criminal investigation into his tax fraud scheme. After Pritzker paid the county $331,000 of property tax breaks after getting caught, the governor gave a press release stating the Feds is not pursuing his alleged tax fraud scheme and has dropped the investigation:

In this breaking news article, we will discuss and cover Illinois Public Corruption Costs Illinoisans At Least $550M Per Year.

Illinois has a national reputation for corruption.

The list of public workers and elected officials under criminal investigation today is in the thousands according to the FBI. Even though there have been over 1,731 public officials indicted and convicted for public corruption since 1976, there does not seem to be a slowdown of wrongdoings by politicians and public officials.

Public corruption is a very serious crime with a serious impact on taxpayers and the economy.

But corruption in Illinois is more than a buzzword. It comes with social and economic costs. Not only does corruption lessen residents’ faith in the government, but it also decreases economic growth and disincentivizes investments in the state. Illinois’ public corruption convictions cost the state economy an estimated $550 million every year from 2000-2017, the Illinois Policy Institute estimated according to a 2011 study published in the peer-reviewed academic journal “Public Choice.” That’s a total during those 17 years of more than $9.9 billion. Federal corruption convictions per capita were 8% more common in Illinois than in other states during that time period. The annual loss of economic activity means the 285,000 Illinoisans actively seeking employment find it harder to land a job, and the state economy will likely continue to lag the rest of the nation.

Public corruption and bribery have been a way of life for Illinois politicians for decades.

The Chicago Field Office of the FBI has the largest public corruption unit in the Nation. The FBI Chicago Field Office Public Corruption Division is also the busiest in the Nation. With the recent deferred prosecution agreement with ComEd and the electric giant talking about the role Speaker Michael Madigan and Illinois Governor JB Pritzker played in bribery, the tradition of corruption does not seem to be going away anytime soon.

Recent indictments and sentencing include the following:

There are countless people working with the federal government as a government witness on the criminal activity between high ranking Illinois politicians and big companies. Politicians were pushing favorable legislative rulings in exchange for these companies offering jobs to friends and family of politicians. The city of Chicago had the reputation of being the most corrupt city in the Nation for decades. 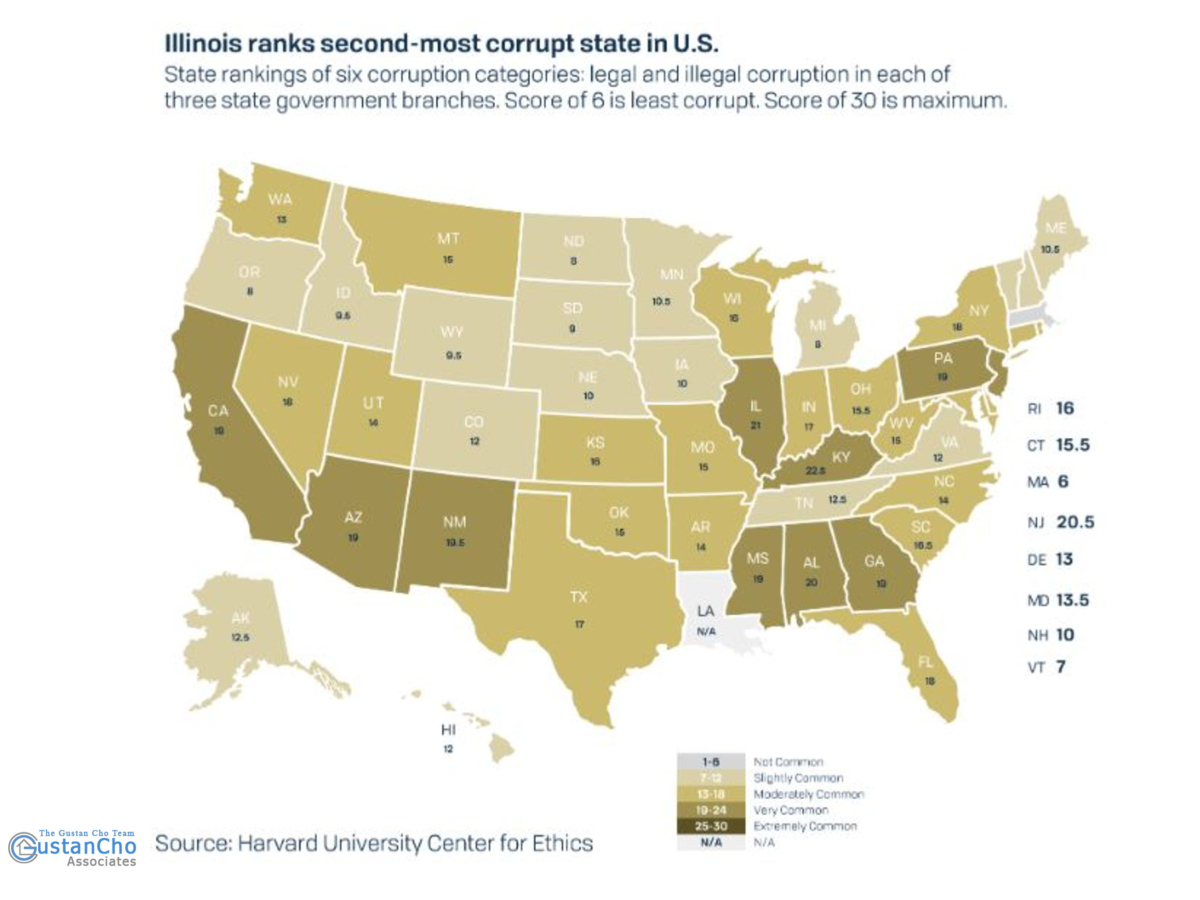 Public corruption enriches Illinois politicians. The good ole boy network benefits friends and family members of politicians by steering lucrative high paying jobs to them and not giving the qualified applicants without any political connections.

Public corruption in the state lessens taxpayer’s faith in government. It slows economic growth in the state.

Many politicians and lawmakers will even go to the extent of delaying business permits and licenses unless they get a bribe and/or kickback. 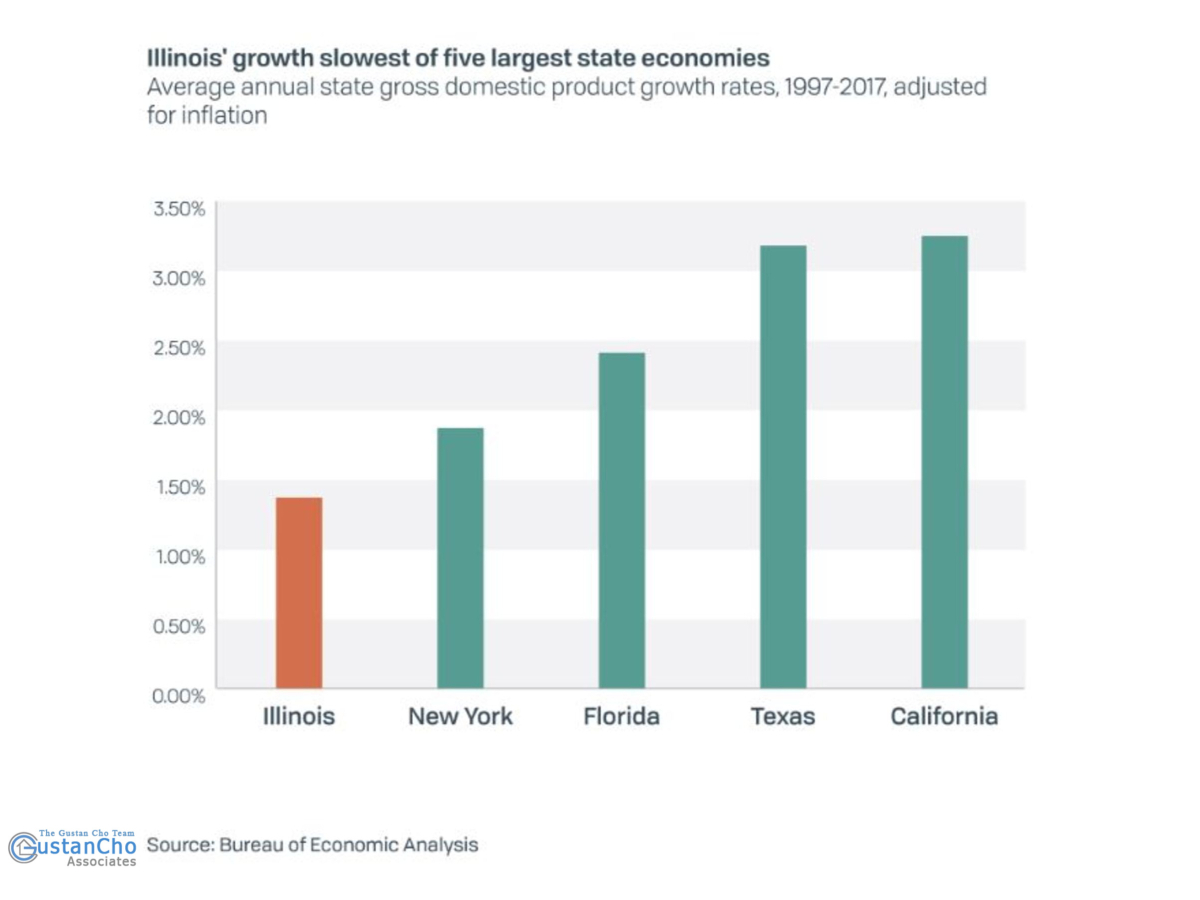 Illinois’ role in the national economy has declined steadily since the 1960s. An economy that was once the third-largest contributor to the nation’s GDP has continued to slip, being passed by Texas and Florida. This shouldn’t come as a surprise, because states with higher levels of corruption on average see lower levels of investment and economic growth. Using data from all 50 states from 1975-2000, corruption was found to play a significant and causal role in reducing economic growth. To put the findings in context, Illinois’ public corruption convictions cost the state an estimated $550 million every year from 2000-2017. Illinois ranks 40th in cumulative economic growth, out of 50 states and Washington, D.C., in gross state product from 1997-2018. With real economic growth of just 1.35% annually on average, Illinois trails the U.S. economy with real economic growth of 2.31%.

Public Corruption in Illinois is out of control. The combination of incompetent politicians, high crimes, a budget deficit that no tax increases can solve, the state is on the road to bankruptcy. The state needs pension reform. The state’s pension system is run like a Ponzi Scheme. Democrats, including the governor, are clueless in running state government. Lawmakers are mainly in the job so it benefits their private business lives. 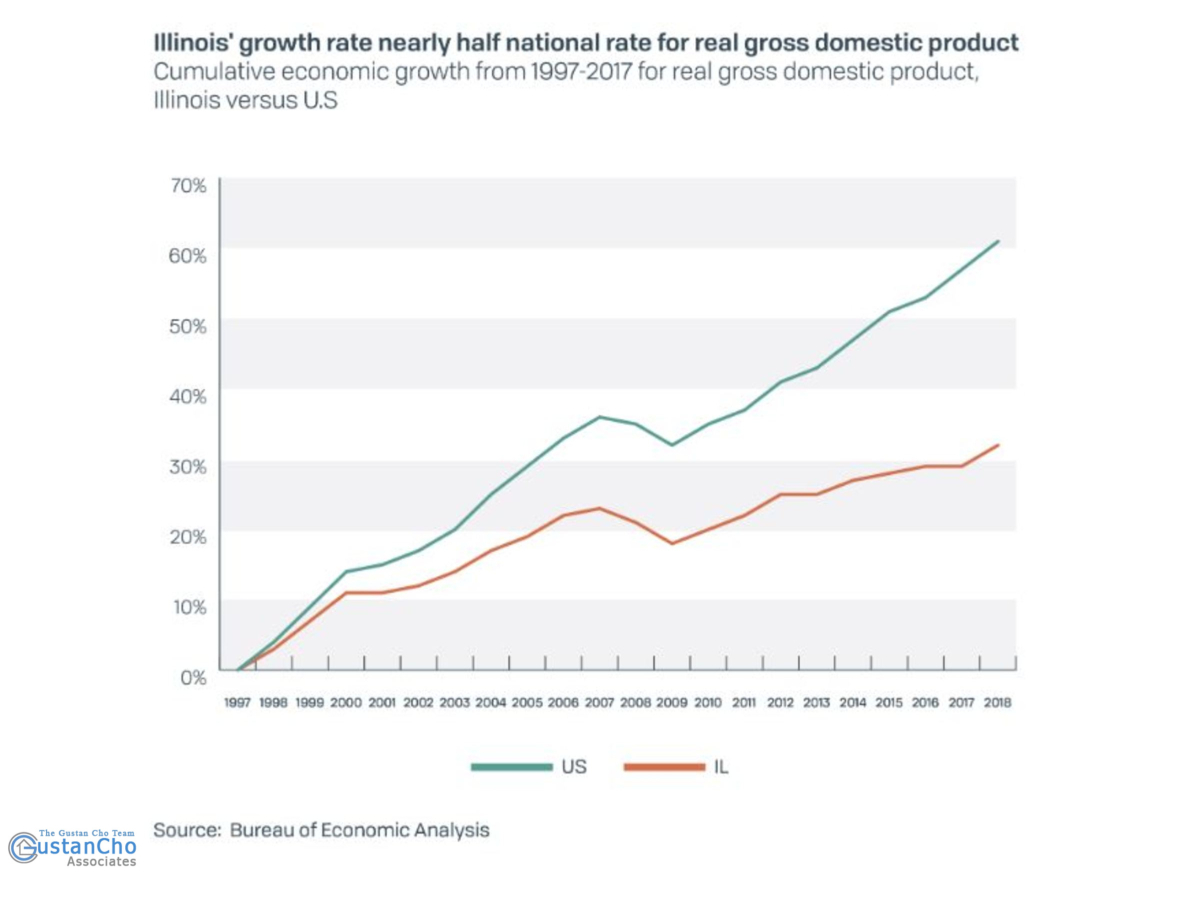 How To Eliminate Corruption In Illinois

You ever hear the saying that you are who you hang out with. Well, you keep on sponsoring friends and family of corrupt politicians, that is what you are going to get. Look at Speaker of the House Michael Madigan. He owns a law firm that specializes in property tax appeals. Madigan controls the Democrats in Chicago and Springfield. It took the feds 30 years to get Madigan investigated and look into his private and public business affairs. This may be the end of Speaker Madigan. The new rookie freshman governor JB Pritzker is no boy scout either. With months of taking office, Pritzker and his wife MK Pritzker removed toilets from a house that he purchased. The reason he removed toilets is so he can classify the home uninhabitable so he can get a $331,000 property tax break. The Feds found out about this. Pritzker paid the County Assessor’s Office the $331,000 when he got caught. He then shrugged off the tax fraud scheme he committed and assumed federal investigators closed the tax fraud investigation. Not so fast, governor. The governor’s tax fraud criminal investigation is still ongoing. Can Pritzker be the fifth Illinois governor sentenced to federal prison? It sure looks like it. Time will tell. In the meantime, the U.S. Attorney’s Office and the FBI is aggressively working diligently to finally end corruption in the state of Illinois.