This ARTICLE On High Taxes Are Forcing Illinoisans To Lower Taxed States Was PUBLISHED On October 11th, 2019

High Taxes are forcing Illinoisans to move to lower-taxed states with a lower cost of living and affordable housing.

In this article, we will cover and discuss the effects of high taxes are forcing Illinoisans to flee to lower-taxed states.

High Taxes Is The Main Reason Why Taxpayers Are Leaving Illinois

According to a poll taken on November 2018, over 53% of taxpayers were seriously thinking of leaving Illinois.

The third reason why Illinoisans leave the state was due to harsh winters. This contributed to 15%.

Illinois Versus Other Profitable States

Illinois has the second-highest property taxes in the nation.

The main reason why Illinois is broke and on the verge of bankruptcy is because of the governor and its lawmakers. They are spending more than they are taking in.

It seems Illinois is having a rather difficult time in electing qualified politicians.

This news is creating serious controversy in the state. A large percentage of the voters are starting recall proceedings against the very unpopular newly elected governor, JB Pritzker.

The newly elected Illinois Governor JB Pritzker seems to be off with a wrong start. He did not waste any time raising taxes. Besides raising existing taxes, he is creating new taxes. He recently approved the gas tax bill which doubled the current Illinois gas tax. Raising taxes is tactic politicians use to increase revenue. However, in order for tax hikes to work is by cutting spending. Spending is increasing and so is tax in Illinois. Pritzker recently approved wage increases for Illinois lawmakers. Other states like Florida are thriving in raking in billions in revenues. Florida has no state income taxes. Property taxes are among the lowest in the nation. Countless businesses and residents are migrating to Florida from high-taxed states like Illinois and New York

The Illinois Issues sent a warning for Gov. J.B. Pritzker and his push to eliminate the Illinois Constitution’s flat income tax protection: Respondents reporting a household income of more than $100,000 a year (68%) are nearly ten percentage points higher than other income groups to say they’ve considered moving out of the state, with those reporting a household income lower than $45,000 (58%) being least likely. In other words, those most able to afford a move and who stand to lose the most are much more likely to leave than those who can least afford to do so, according to the poll. If state taxes are the top reason to move, more state taxes would likely be even more of a reason to move. Despite Pritzker’s rhetoric about a “fair tax” that just asks “the rich” to pay more, another recent poll showed Illinoisans don’t trust Springfield politicians to limit higher taxes to high-income groups. The poll by Ideas Illinois in June showed nearly half of those polled saw a progressive state income tax as “just a blank check for Springfield politicians to spend more and will hurt Illinois’ economy and force businesses to leave the state.

The majority of Illinois politicians have no interest in cutting spending. Most of them are in agreement to spend more money. Lawmakers recently drafted and approved 21 new tax and fee hikes. This includes doubling the gas tax to fund the $50 billion annual state budget and fund the $45 billion infrastructure plan that has been delayed for years.

JB Pritzker is hung ho with restructuring Illinois’ flat tax to his new Progressive Income Tax Plan. Experts are warning the new governor that the newly proposed progressive state income will devastate Illinois. Experts believe Pritzker’s Progressive Tax Plan will force a large percentage of wealthy Illinois taxpayers to flee Illinois to other lower-taxed states. Pritzker disagrees. JB Pritzker thinks that Illinois has too much to offer for taxpayers to flee. He is dead wrong. I feel he is playing Russian Roulette by doing so. The new progressive tax will penalize wealthier taxpayers while rewarding those with low income. Pritzker estimates the new progressive tax plan will bring in an additional $3.4 billion. He added an additional $10 billion in spending which he feels confident can be paid with the new progressive tax. Experts and economists strongly believe that Pritzker’s progressive tax will fall over $2 billion short from his $3.4 billion estimates. Gustan Cho Associates Mortgage News will keep our viewers updated on this developing story. 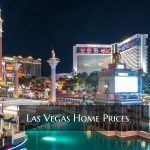 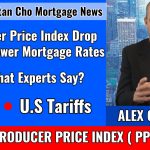