How Do Mortgage Underwriters View Declining And Irregular Income?

There are certain ways lenders view declining and irregular income. There are many case scenarios where declining and irregular income can disqualify borrowers from obtaining a mortgage. There are case scenarios where a worker works 40 hours per week as well as overtime for an employer. However, there are cases where an employer pays the employee part check and part cash.

There are small mom-and-pop employers where a percentage of the employee’s income is paid with payroll checks and the balance is paid in cash. Even though the employee is a full-time employee, under the underwriter’s eyes and mortgage guidelines, the person is classified as a part-time employee. In order for part-time income to be classified as qualified income, a two-year seasoning requirement is mandatory. If the W-2 payroll check is 30 hours or less, that employee is considered part-time status. Only the income that is declared can be used as qualified income. Cash income is non-existent in the mortgage industry.

Being paid by a company check but the employer does not take withholding taxes out cannot be used as income for income qualification.

The case scenario in the above paragraph happens many times, especially with small businesses. Small businesses sometimes pay their employees part W-2 income and part cash. The reason they do so is that they can save on payroll taxes. Is it illegal? Maybe, but it would take too much manpower from the IRS to crack this business practice down since many businesses are still doing it.

In a way, it benefits the worker since they only pay taxes on part of their actual income. However, it ends up hurting the worker when they need to qualify for a mortgage. Home Buyers need full-time qualified income in order to qualify for a mortgage. Declining and irregular income is viewed differently by each mortgage lender. One mortgage underwriter will view a particular case of declining and irregular income differently than another mortgage underwriter.

There are many instances where a borrower got denied by a mortgage underwriter because his W-2 income kept on declining year after year:

This is how the mortgage underwriter can approve this borrower if:

Other Cases Of Declining Income

Mortgage lenders require two years of tax returns and W-2s for a reason. They want to see borrowers will have a stable job and consistent income so they can afford to pay their monthly mortgage payments once loan funds. Past performance is a good indicator of future prediction on income and job stability.

There are cases of declining and irregular income. For example, a person could have had a baby and taken some time off. Then went back to work full time. However, due to the loss of a nanny and/or babysitter, the worker could have taken several months off. Then had her mom or in-law move in with them to care for their child. She then goes back full-time and makes her normal wage.

What happens in this case scenario?

In this case scenario, the underwriter will go by her full-time income. The underwriter will require at least 30 days of paycheck stubs. Written verification of employment from the employer is required. Declining and irregular income is totally understandable. A well-written letter of explanation will explain why the mortgage loan borrower had declining and irregular income.

Cases Where Borrowers Income Cannot Be Used Due To Declining Income 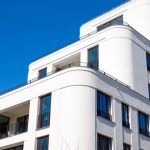 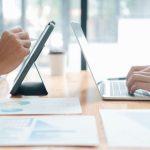