In this breaking news article, we will discuss and cover Chicago Riots Causing Exodus Of Businesses And Taxpayers.

Chicago Riots Spreading To All Parts Of The City

The Chicago Riots have no boundaries.

With the last effects of Chicago’s looting sprees, it’s a tense time near the Loop and the Magnificent Mile, not only for the businesses that were hit but also for everyone who lives and works in the city. Now more problems could leave people to leave these neighborhoods. The city’s second ward alderman said he knows many people are on the edge and poised to leave, but it wouldn’t mean just empty units or storefronts. A mass exodus could gut Chicago’s tax base, causing a citywide ripple effect. Drive onto the Mag Mile and at first, all seems normal. Keep driving, and you’ll notice it’s anything but. Chicago police cars are parked everywhere — blue lights flashing. Stores are still boarded up. It’s all a response to two rounds of looting in the  last two and a half months.

What Chicago Aldermen Are Saying

This is the second wave of the Chicago Riots that hit the city. Any day, it can trigger a third major riot. 2nd Ward Alderman Brian Hopkins said the following:

If it happens a third time, people who are just hanging onto a belief that downtown is still a place to live and shop are going to give up. We’re going to lose people. They’re going to move. We’re already seeing that start to happen.  The city’s Second Ward includes the northern part of the Mag Mile, but it’s not just residents bailing that concerns him. It’s the potential for businesses to bail, too. The second ward and one other ward bring in about 40% of the city’s property tax revenue every year. If that dries up we really have no way to replace it. There’s no casino or there’s no other magic source, no capital assets that we could sell that’s going to replace the loss of our property tax base, and that’s how a city begins to hollow out at its core.  I think a lot of businesses are in a wait and see mode when it comes to reopening or closing for good. Many of the association’s 650 members are weary and frustrated. I spoke to a store manager who told me it was easier for her to do an inventory of what was left rather than what was taken.

There are some retailers who says they are not leaving Chicago no matter what as well as individual taxpayers. So there is some hope the city will not turn into a ghost town. The crime and murder rates in Chicago are skyrocketing. There is no doubt the city has a major shortage of police officers. The retirement rate of Chicago cops is double the rate it has been traditionally. It is no secret Lightfoot does not support the police. Many Chicago police officers are afraid of making arrests because it can backfire on them and they can be the ones getting arrested and not the criminal. Chicago is in major turmoil. The main reason is due to an incompetent Mayor who is clueless and lost. Lightfoot is a major liability and many, Democrats and Republicans, are calling her to resign and/or impeach before she destroys the city. 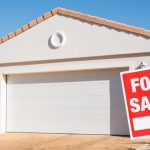 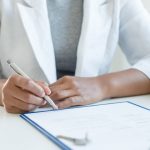