Illinois COVID-19 Recession is hurting Illinoisans more so than any other homeowner in the nation.

Pritzker’s incompetence is forcing a mass exodus of individual taxpayers and businesses to flee Illinois to other lower-taxed states. Never in history have so many taxpayers formed groups to recall a state governor.

The governor’s goal seems to take the state into the ground so he can get a federal bailout from the Trump Administration.

The state is on the verge of bankruptcy.

Illinois Financial Crisis Prior To The Pandemic

The only way Illinois will be back in order is to stop the financial bleeding:

In this breaking news article, we will discuss and cover how Illinois COVID-19 Recession Hurt Illinois Homeowners.

It is no secret that Illinois was in a financial mess prior to the coronavirus pandemic.

The high Illinois taxes are stumping the growth of Illinois. Out-migration is at serious levels. Not only are individual taxpayers moving out but so are businesses. The combination of a history of public corruption, high crime rates, high property taxes, and high cost of living is making Illinois a very unattractive state for people and businesses to move to.

Massive Exodus To Neighboring States Due To High Taxes 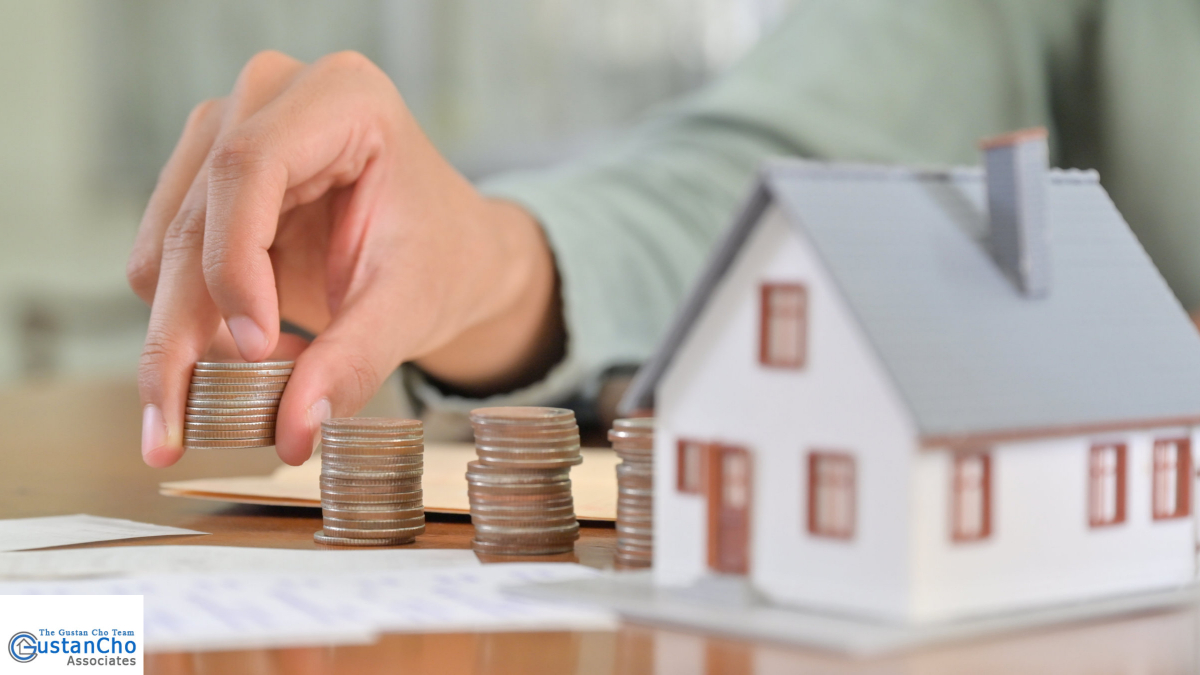 The high property taxes are forcing Illinois homeowners to sell their homes and seek refuge to nearby neighboring states like Indiana, Tennessee, and Kentucky, where property taxes are a fraction and cost of living, is well below Illinois.

Pritzker recently approved pay raises to state workers and lawmakers despite the state’s major budget deficit. Illinois COVID-19 Recession is driving the state to the road of bankruptcy at a fast pace.

Analysts expect over 130,000 homeowners in Illinois can default on their mortgage payments if Illinois lawmakers do not provide financial relief. Illinois homeowners have been struggling with a declining housing market prior to the coronavirus pandemic unlike homeowners of other financially stable states. The coronavirus pandemic has brought the U.S. economy to a major halt. Over 1.5 million Illinoisans were left jobless. The pandemic has devastated Illinois homeowners more so than any other homeowners in other states. The governor extended his executive stay at home order. Illinois remained closed while other states started reopening as early as late April. The Illinois crippling economy with the extension of Pritzker’s stay at home order is making tougher for families to make their mortgage payments. Illinois has the harshest lockdown shut down order in the nation. Many experts and economists see the mortgage delinquency rates to double making it the worst mortgage crisis in the past 30 years. 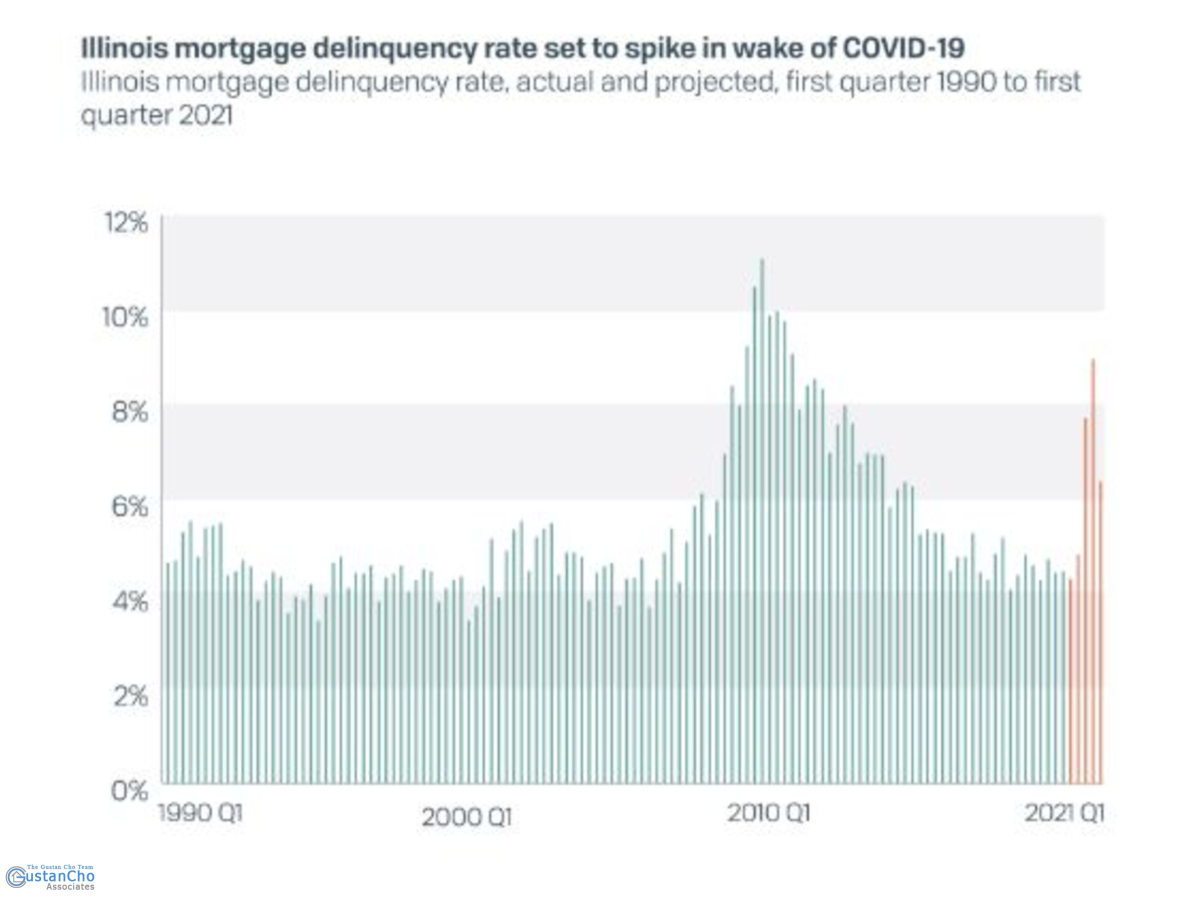 Businesses Exodus To Other States

Never in history has politics played a major role in business decisions. Many companies have either left or are planning on leaving Illinois to other tax-friendly states. It is not just individual taxpayers who had it with the financial mismanagement by lawmakers, but the number of businesses leaving the state is at a historic pace. This means these companies leaving the state are also taking jobs as well.

If the unemployment rate remains high and if demand does not continue to outpace supply in housing markets across the state, close to 130,000 households could fall behind on their mortgage payments. This means Illinois’ mortgage delinquency rate could double to nearly 9% – the highest since it peaked at 11% during the Great Recession.

See the graph and images below: 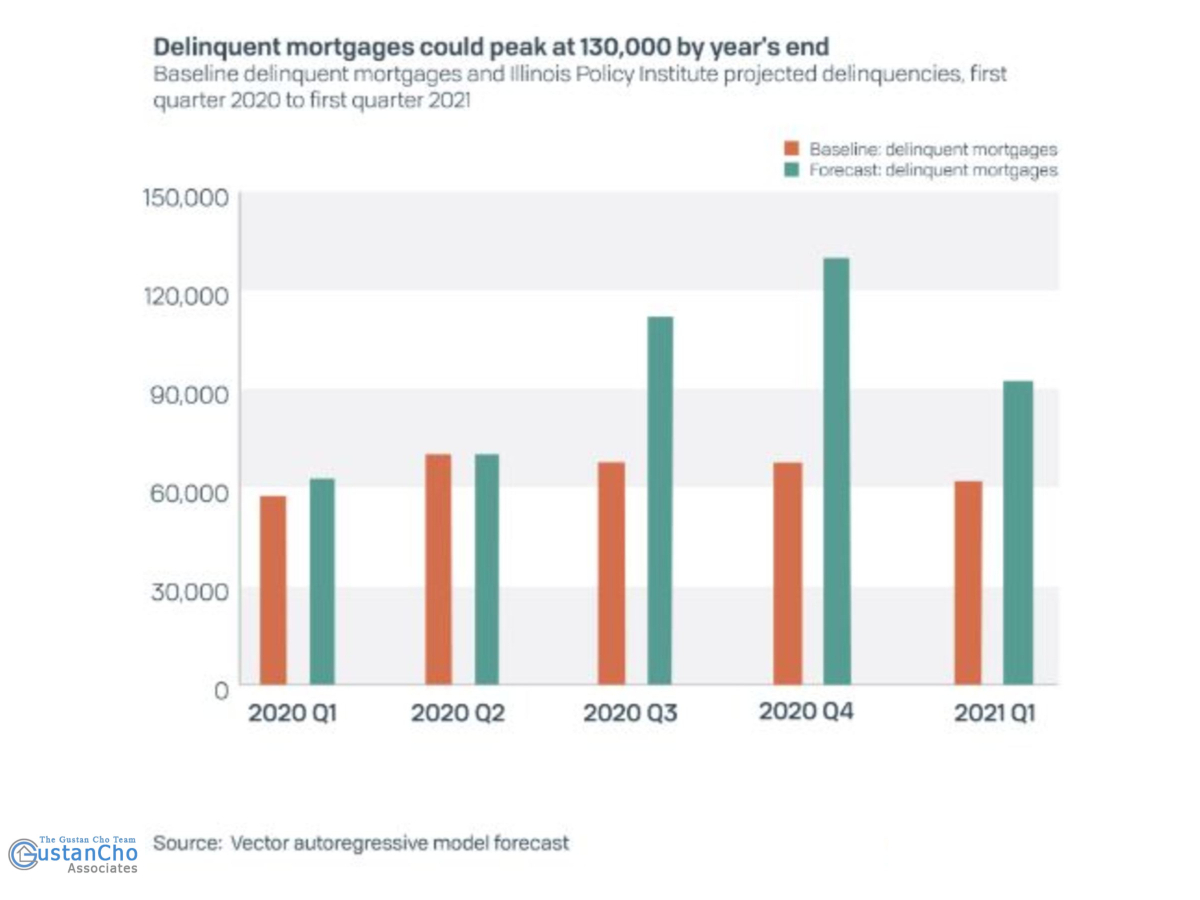 Under the CARES Act, unemployed homeowners are eligible for forbearance.

How To Avoid A Housing Collapse In Illinois

Why are other states thriving and Illinois is drowning in debt? Why does Illinois have one of the highest tax rates in the nation? Why are so many individual taxpayers and businesses leaving Illinois? Why are homes in Illinois depreciating when the housing market is skyrocketing in low-taxed states? Why is Illinois rated as junk bond status while other low-taxed states AAA rated?

Here are the potential solutions for politicians to save the state and avoid a massive housing crisis in Illinois:

Pritzker and Democrat lawmakers keep on increasing existing taxes. Not only are they increasing taxes, but they are also creating new taxes. The combination of increasing taxes and not cutting spending is leading Illinois to bankruptcy.

The COVID-19 Pandemic May Trigger Major Housing Meltdown In Illinois

As of February 2020 prior to the coronavirus pandemic, Illinois had the second-highest foreclosure rate in the nation.

The longer businesses remain close, the higher the chances of never reopening. More and more businesses are going out of business permanently as Pritzker keeps extending the lockdown. 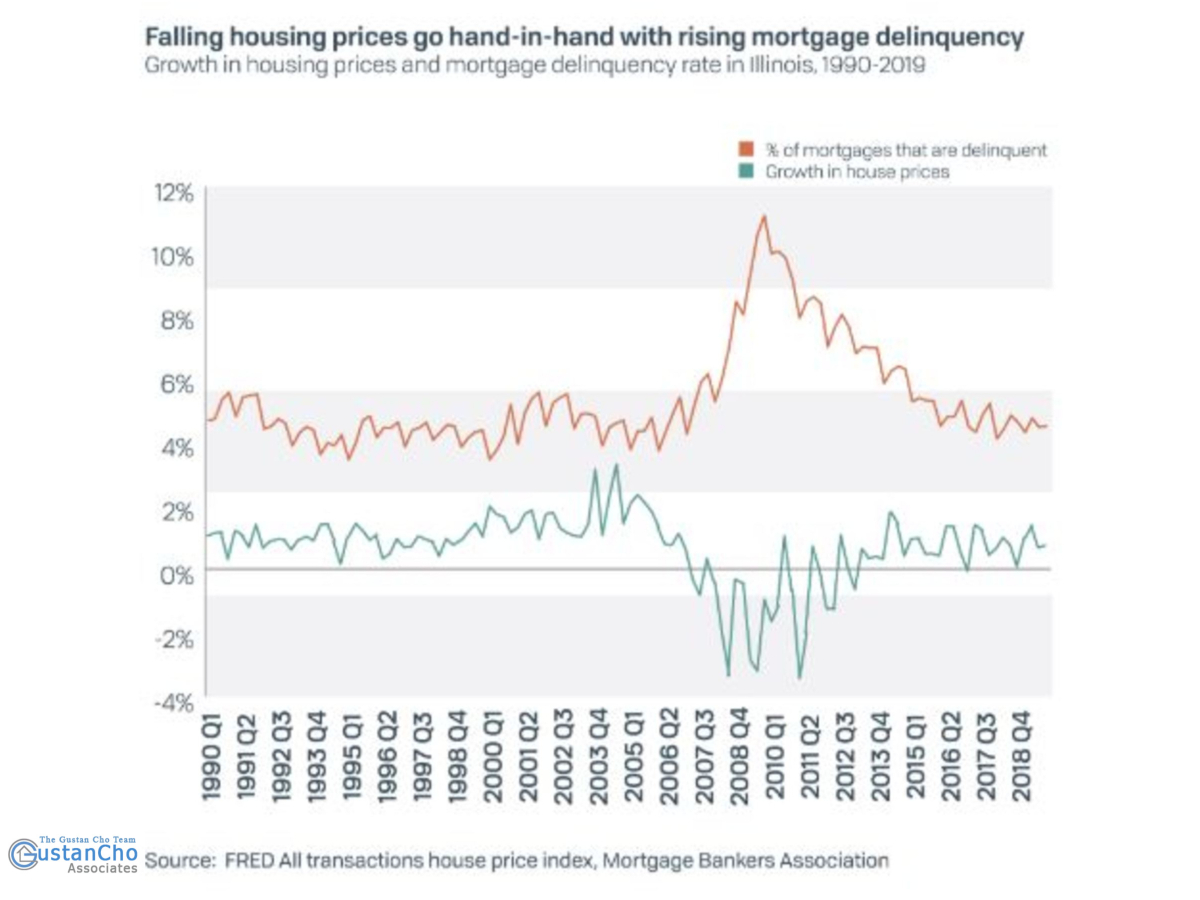 Illinois ranks as one of the highest unemployment rates during the coronavirus pandemic. Over 1.5 million Illinoisans are unemployed. The state leads as one of the states with the highest unemployment rates. It is no rocket science that unemployed workers fall behind on their mortgage payments. The unemployment numbers and delinquency go hand in hand. The more unemployed, the higher the mortgage delinquency rates which are explained by the chart below. High employment translates into fewer mortgage delinquency rates. More and more homeowners are facing financial problems due to high property taxes. This holds true for elderly homeowners with fixed incomes. Many homeowner’s property taxes are higher than their mortgage payments. As property taxes keep on increasing, many Illinoisans are faced with relocating to other lower-taxed states such as neighboring Indiana or Wisconsin. 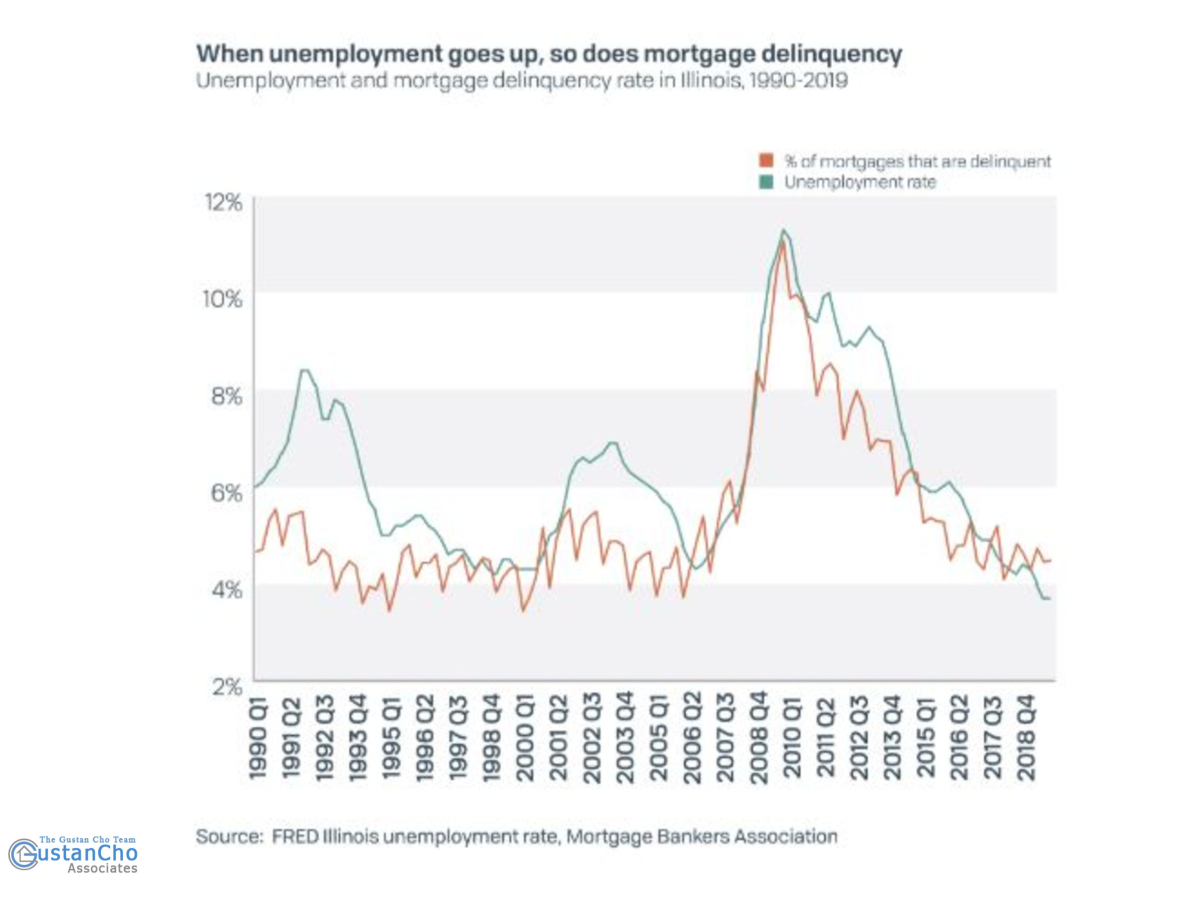 One of the ways to avoid an economic meltdown due to a national emergency such as the COVID-19 pandemic is to lower taxes. This holds especially true by providing property tax relief for homeowners. Property taxes are hands down a person’s highest expense besides their mortgage. However, lawmakers are not lower property taxes. They keep on increasing property taxes instead of seeking other solutions to fix the state’s financial crisis. 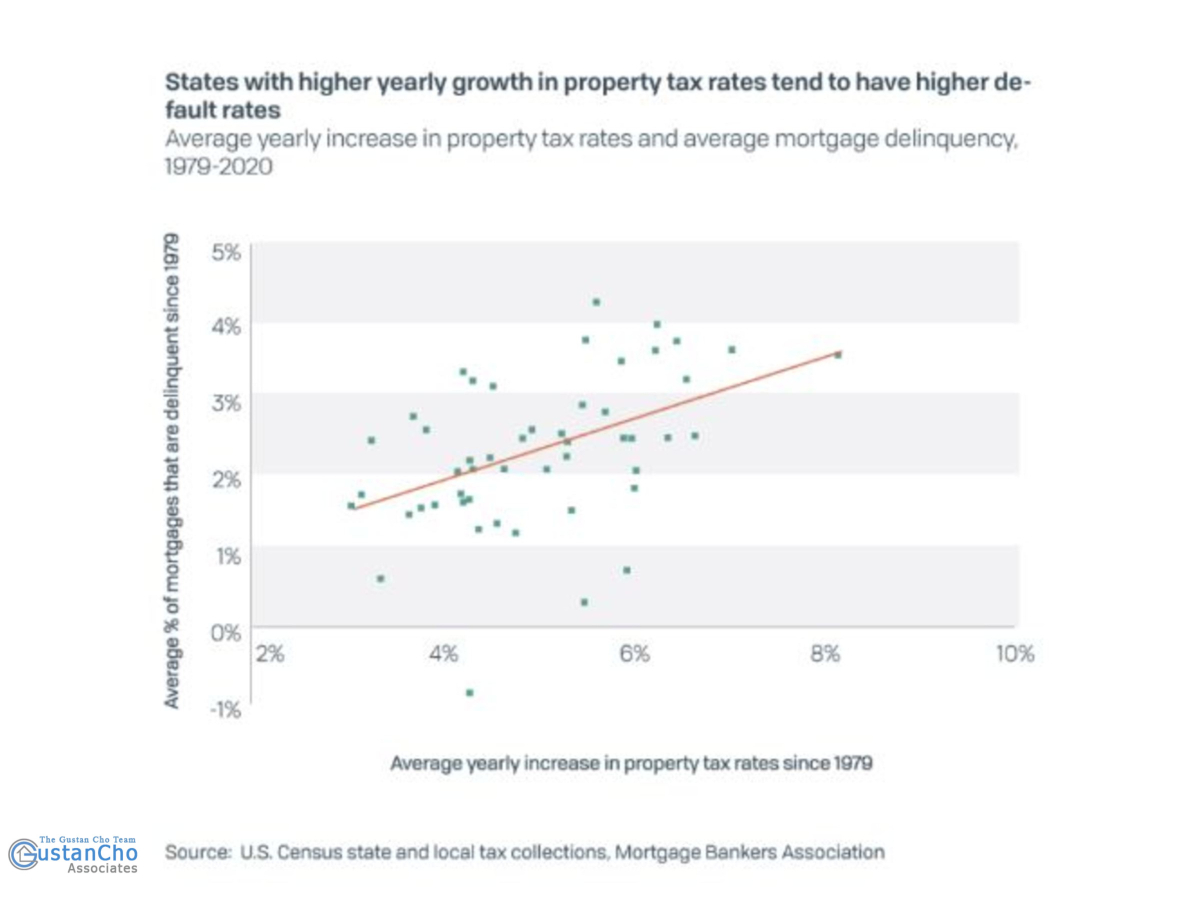 However, JB Pritzker recently was asked if he would postpone the state’s new progressive tax proposal. Pritzker replied that this is the best time to change the state’s flat tax to a progressive tax system. He calls his new progressive tax proposal the FAIR TAX. Changing the state’s flat tax to a progressive tax system will penalize the middle-class and upper-class wage earners. More than 100,000 businesses are expected to get affected by the new FAIR TAX. Economists expect a mass exodus of individual taxpayers and businesses if Pritzker’s Fair Tax becomes law. Pritzker plans on increasing more taxes as well as property taxes. Chicago Mayor Lori Lightfoot recently announced she will increase property taxes to cover the $700 million budget shortfall facing the city. Chicago is the highest taxed city in the nation. Having the highest tax in the nation still does not solve the financial crisis in the city due to financial mismanagement by incompetent politicians.

Increases in property tax rates reduce the “profit” from homeownership. When property tax payments are included in your mortgage agreement, a failed property tax payment means you are legally in default of your mortgage contract. These facts help explain the strong positive correlation between delinquency rates and property tax hikes. Delaying property tax payments, which are coming due in many Illinois communities in June, would provide relief for homeowners. For sellers, it would also mean they can afford to hold onto their homes and wait until conditions improve instead of selling at large discounts. For some landlords, it means lowering immediate costs when most of their rental income has completely dried up.

Illinois is a great state. It is such a beautiful state. Downtown Chicago is probably the most beautiful downtown in the world. The state is home to Chicago and other great metropolitan cities. Home of top colleges and universities, the city is home to many immigrants and world leaders. However, the state, run by Democrats for decades, is on its last leg financially. The state has always had financial issues due to its broken pension system which is run like a Ponzi Scheme. No matter how much you pump money into the pension system, it is still short. The first step in fixing the state’s financial crisis is to get rid of the incompetent politicians who do not know what they are doing. In any business and/or organization, it is not about how much money you take in but rather how much you spend. However, the governor and lawmakers are increasing revenues by increasing taxes and not cutting spending. No matter how much taxes you increase, it will not solve the broken pension system and the state’s financial crisis. The state is on the road to bankruptcy unless politicians get out of their state of denial mode and get working on pension reform. The state need to cut taxes, especially property taxes to promote people and businesses to move into the state. The state is headed to become a ghost town if the out-migration continues. Many closed businesses is not expected to reopen due to Pritzker’s extended stay at home order. 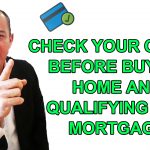 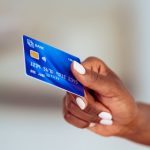