However, all Pritzker has come up with to solving the state’s financial crisis is raising taxes and creating new taxes.

The Dangers Of Increasing Taxes 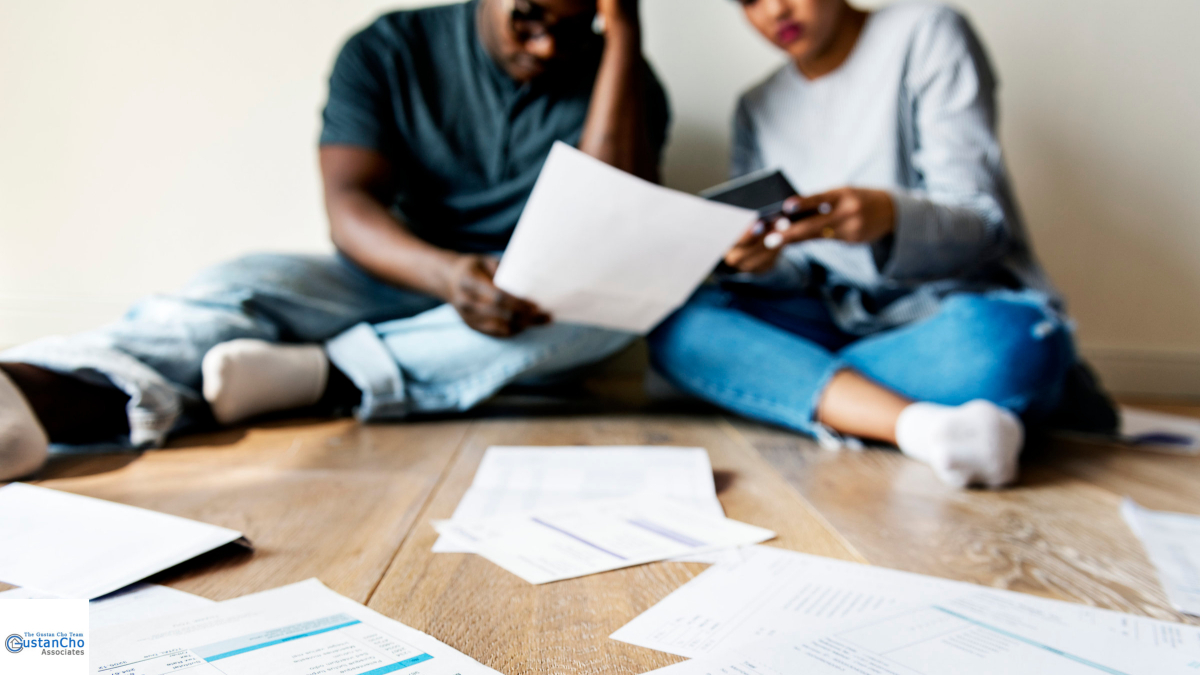 Raising taxes is a very dangerous thing to do for government.

In this breaking news article, we will discuss and cover Illinois Progressive Income Tax Hike Could Bankrupt Businesses.

Is it time to reconsider his progressive income tax hike. Instead of considering the possibility of removing the amendment from the November ballot, the governor more Illinois “need[s] it now more than ever.” But the income tax hike would hit the state’s largest job creators – small businesses – the hardest.

You could never run a business as the state runs using our money. They think it is an unending wallet upon which they can draw money from. You cannot continue to outspend your revenue. Small businesses are responsible for 60% of the net job creation in Illinois and are the businesses most at risk from the economic fallout of COVID-19. Unfortunately, the progressive income tax hike would be the largest for these businesses. Small businesses could face an income tax hike nearly five times larger than that for large businesses. 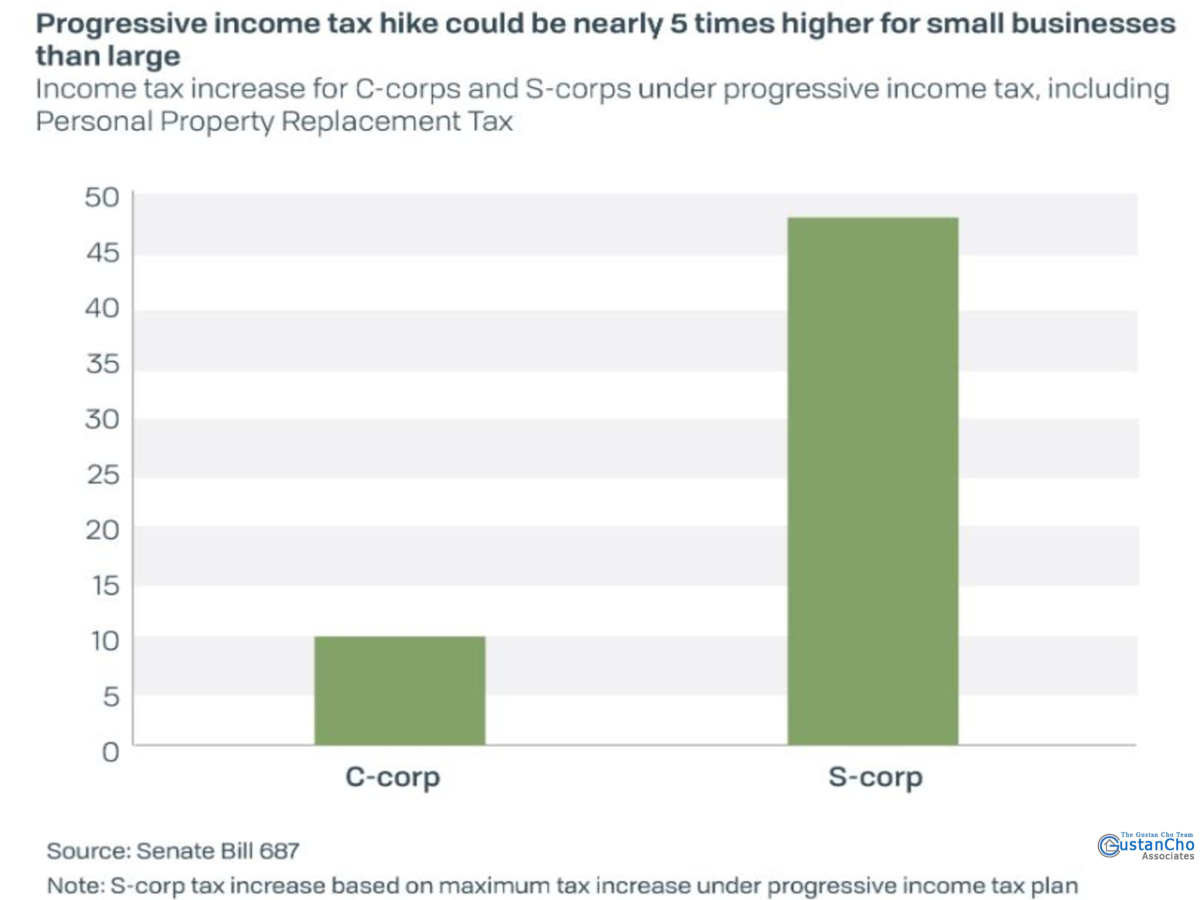 What Experts And Economists Say

While the total corporate income tax rate – including the Personal Property Replacement Tax– will be hiked by 10% (from 9.5% to 10.49% when including the replacement tax), the tax hike for pass-through could be up to 47% (6.45% to 9.49% when including the replacement tax). New research shows fewer than half of all U.S. small businesses expect to re-open this year if the crisis lasts more than four months. For the small businesses that do manage to survive, the last thing their owners and employees need is a tax hike to crush them while they’re attempting to get back on their feet. The things [the state] has done recently tax-wise, lord have mercy. What’s left to tax?” You put this progressive income tax on the ballot – you don’t see how that’s going to make things better. The old saying, you can’t tax your way out of poverty … or into prosperity. It’s a cliché but it’s true. Research has shown that an increase in the top marginal tax rate is associated with a decrease in hiring activity of entrepreneurs and lower wages for their employees. Without continued relief provisions from the state government, businesses will struggle to survive, and job creation in Illinois will remain subdued as other states do their best to recover. All of this is not to say that larger businesses are getting off unharmed in this proposal, either. Beyond the hike on pass-through business income, Pritzker’s progressive income package would also hike Illinois’ total corporate income tax rate by 10% to at least 10.49%, and the state constitution would allow for a corporate tax rate as high as 15.28% under the proposed rates. For context, the nation’s highest marginal corporate income tax rate is 12% in Iowa, according to the Tax Foundation. And that’s scheduled to drop to 9.8% in 2021. The second-highest is New Jersey at 10.5%, putting Illinois in a virtual tie for the highest tax on business income should Pritzker’s new rates take effect.

Look at the image below: 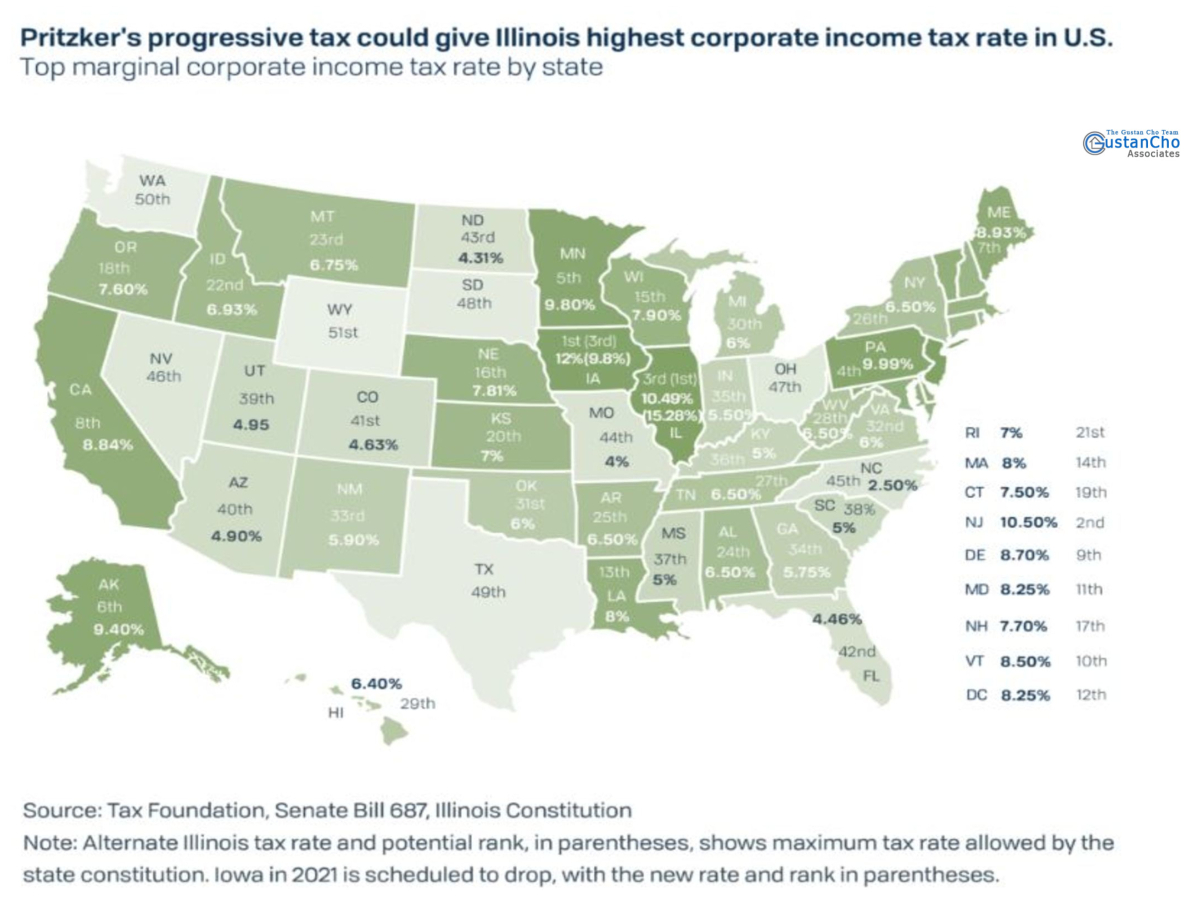 Illinois is in dire financial crisis and near collapse. Recently, Pritzker and Democrat state lawmakers requested a nearly $50 billion federal bailout. Senate Majority Leader Mitch O’Connell and President Trump both laughed at Pritzker and told him why the federal government should bail out financially mismanaged and irresponsible states like Illinois. Illinois has a long history of financial mismanagement and irresponsibility. Illinois needs a competent leader who knows and understands finances and how to run a business. It is not how much you make or take in. It is how much you spend. Pritzker seems clueless and lost when it comes to business 101. He wants to bring more revenues by increasing existing taxes and creating new taxes while not cutting spending. Major changes need to be made in Illinois before the state collapses. Pritzker is doing absolutely nothing to attract new businesses and residents to Illinois. He sure is doing a great job in having businesses and individual taxpayers flee the state in droves.

Prepare Your Credit Scores For Home Purchase And Mortgage