Illinois Exodus Of Taxpayers To Other States Due To High Taxes

The U.S. economy is booming since President Donald J. Trump took office. Historical economic numbers are being posted every week.

In this article, we will cover and discuss Illinois Exodus Of Taxpayers To Other States Due To High Taxes.

Talk Of Illinois Exodus Of Homeowners

Illinois has the second-highest property taxes in the nation.

Experts say Illinois should surpass as the highest property tax state in the nation by late 2020.

All Illinois Politicians Seem To Know Is Increasing Taxes

The cost of the settlement is going to cost Chicago taxpayers $100 million per year.

While states like Florida and other states with competent leaders are thriving, Illinois is hurting.

We are seeing more of Illinois’s exodus of businesses and residents. The number seems to be increasing as time passes.

There are more businesses contemplating leaving Illinois today than ever before.

Pritzker and his allies think the name recognition of Chicago and Illinois will greatly attract new businesses and residents without the need to recruit or promote. Oh Boy is he wrong?

All of the neighboring states to Illinois have seen population growth.

Again, the tax rate in Kentucky is a fraction of those in Illinois. Other midwestern states Illinoisans are fleeing to are Michigan, Ohio, Iowa, and Missouri.

Historical Illinois Exodus Of Taxpayers Moving In Versus Moving Out

Historically, more people were moving out than moving out.

Look at the chart below and compare Illinois to Indiana, Wisconsin, Missouri, and Michigan:

Interestingly, if you look only at the rate of people leaving one state for another, Illinois doesn’t particularly stand out. Illinois ranked No. 21 — near the middle of the pack — on the rate of domestic out-migration in 2017, the most recent year for which those estimates are available. Where Illinois really lags, the data shows is in attracting new residents. In 2017, Illinois’ rate of in-migration was third-to-last nationally, even when factoring in people who moved to Illinois from other countries. Census data shows that since 2013, in-migration has been decreasing in Illinois with out-migration mostly rising. In 2017, an estimated 266,000 people reported they had moved to Illinois in the last year, which is 9% fewer than the 292,000 estimated arrivals in 2013. The number of people who arrived from other states rather than from abroad declined even more steeply, from more than 223,000 to about 195,000.

More Illinoisans are fleeing the state of Illinois than moving in. See the chart below:

Illinois exodus of taxpayers along with declining birth rates and aging population is contributing to the loss of population in the state.

The decline in population declines is more serious in more parts of the state. From 1990 to 2000, 68 of Illinois’ 102 counties gained population. But so far this decade, only nine counties, including Kane, Will and DuPage in the Chicago area, have added residents. Of about 339,000 people who reported moving from Illinois to another state in 2017 — roughly 3% of the state’s population — most had been living in Cook County or one of its suburban counties. That makes sense, given that these areas are more populous than other parts of the state.

The number one reason for Illinois’s exodus of taxpayers is high property taxes, high sales taxes, and high cost of living in Illinois.

Illinois exodus of taxpayers to other states seem to be more in certain counties than others:

Along the Mississippi River in western Illinois, Hancock County had a loss of about 47 people per 1,000 residents, one of the highest rates in the state, according to the latest census estimates. Other counties with high loss rates include Jackson County, which is home to Carbondale, and Jersey County, north of St. Louis. Cook County, by comparison, had an estimated 26 people per 1,000 residents leave the state. Looking at the demographics of people who moved out of state from the Chicago area — Cook, DuPage, Kane, Lake, McHenry and Will counties — it found the income and racial breakdowns for this group generally mirrored the patterns of the overall population in the area. Most of the movers made $50,000 or less in income, and most were white non-Hispanic, according to census survey data collected from 2013 to 2017. Those who left the area were more likely to be young; the largest group, 28%, were in their 20s when they moved away. Census data shows that people of this age have the highest moving rate nationally. People moving from the region to neighboring states tended to earn a bit less and have fewer years of schooling than those who moved farther away, the data shows. Those moving to non-neighboring states also skewed a bit older. Of the black residents who moved out of Cook County, 85% stayed in Illinois, compared with 77% of white residents leaving Cook.

The loss of residents should be a major concern to lawmakers. You can raise as many taxes in the world, but what good is it if you cannot collect due to taxpayers leaving the state.

Denial Of Illinois Exodus By Politicians

Any major chief executive, whether private and/or government, should be concerned with its customer base and attracting new business.

I do not think Pritzker has no intention of cutting spending drastically. He recently gave a pay raise to all Illinois lawmakers when the state is in a financial crisis.

Below is a chart and graph where people moved from Illinois between 2016 and 2017:

Many Illinoisans moving to Northwest Indiana are young folks with younger children and empty nesters. You get a lot of house for the money in Indiana versus Illinois. Property tax rates are a third of what it is in Illinois. Income taxes are substantially lower. All other taxes are much lower than Illinois so why would you not want to move to Indiana from Illinois. Illinois politicians really need to wake up and see how serious the Illinois exodus is. This is a developing story on Gustan Cho Associates Mortgage News. We will keep our viewers updated in the coming days and/or weeks as this story develops. Stay tuned!!!

Moving to all Red states. Let’s hope the sleepy sheep don’t make the same.mistake twice. You think the brainless would have learned their lesson by now?? Maybe the vaxx will keep them at bay by reducing their population numbers. 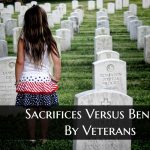