Is California Facing Housing Shortage Going Into 2021? All indications say yes despite the coronavirus outbreak. California is the third-largest state in the nation in terms of size. California is the most populous state in the United States with over 40 million people calling the Golden State home. California’s home prices for middle-tier homes are just under $640,000 which is double the national median average home prices. It is definitely true that tens of thousands of Californians and small businesses are fleeing California to other low-taxed states with affordable housing and lower cost of living.

Recent media networks often air about Californians fleeing to other low-taxed states due to the high cost of living and high taxes as well as expensive housing This statement holds true. However, there is plenty of in-migration to California from immigrants due to the major tech companies headquartered in the state. California has the world’s fifth-largest economy and the fifth largest population. The state has the largest immigration numbers from Asian countries than any other state in the nation. California’s Housing Market is booming and the state has been experiencing a severe housing shortage. California has some of the nation’s top colleges and universities. The University of California system, Southern California University, Stanford University are all top-rated world-renowned universities.

The California Facing Housing Shortage is more serious than people realize. The state has a major housing shortage throughout the state. Part of the reason why California’s home prices are double the national average is due to the demand versus inventory of housing. According to The California Department of Housing and Community Development, the state needs 180,000 new housing units each year. However, homebuilders and developers are building 80,000 housing units per year.

This is a substantial shortage that keeps on compounding every year.

The department’s “California Housing Future: Challenges and Opportunities” report shows new home construction is being constrained by a variety of factors, including regulatory barriers, high permitting costs and diminishing public resources. California will need more than 1.8 million additional homes by 2025 to keep pace with the state’s ever-growing population. The state housing and community development department and state Department of Finance determined the state’s housing need based on population projections and household formation data. The population in California is expected to hit 50 million by 2050. California’s current population of 39 million people live in 13 million households scattered across 58 counties and 482 cities. What is going to happen when the state’s population hits 50 million by 2050. Nearly 40 percent of those new residents will live in Southern California. That population surge will fuel the need for more than 68,000 new homes each year in the region.

California Facing Housing Shortage needs to be addressed by politicians and lawmakers before it becomes a major crisis.

Homebuilders can build more homes throughout the state of California. However, for homebuilders and developers, there are more hurdles in California than in any other state. The scarcity of buildable land presents is the biggest problem for developers and homebuilders.

Tracts of buildable land are normally too far from where homebuyers want to purchase a home. Large-scale home developments need to be close to major cities. Due to the shortage of housing, home prices in California is double the national median home price. The cost of construction in California is substantially higher than in other parts of the country. Wages are higher for workers in the state because housing and the cost of living are higher. Due to tight environmental regulations and the red tape in getting a construction permit to build new homes, it takes longer to build a home in California than in any other state in the nation. The cost of land is higher and the cost of building a home is higher. Everything is higher in California than in the rest of the nation.

Another setback for developers and homebuilders is the California Environmental Quality Act. This state regulation mandates municipal, county, and state governments to identity impacts construction and development projects would create on the environment. Once identified, homebuilders and developers need to steer away from the negative impacts and mitigate them however possible not to impact the environment. California has one of the toughest environmental rules and guidelines than any other state in the U.S. A housing development project can take years to even get started. By the time a housing development project gets approved, the entire development could have been done and sold as well as occupied by new homeowners. California is a blue state which means is controlled by Democrats. Democrats are all for the New Green Deal. Democrats will do anything to protect the environment. This holds true even if it means new development will hinder advancement and hurt Californians. Governor Gavin Newson and state Democrats are even thinking about outlawing gas cars for the state. They are thinking about making electric cars the only cars available in the state.

Many homebuilders and real estate developers are steering away from California due to the massive environmental regulations and the lengthy red tape involved in building new housing projects. Although California home prices are double the national median home prices, most builders say their profit margin in California is 35% less than other states with fewer regulations and lower-priced buildable land.

Home values are priced on recent comparable sales. If comparable sales keep on dropping in value, homes in nearby areas will drop as well. However, if comparable sales prices keep on increasing, so will home prices. Homes are priced on the basis of demand versus inventory. The higher the demand and lower the inventory of housing, the higher the price of homes. The lower the inventory of homes and more homebuyers, the likely the home will be higher priced and chances of multiple offers. Multiple offers on a home often turn into bidding wars. This is what has been going on with the California housing market. The shortage of housing in California has skyrocketed home prices. Purchasing a home is no longer affordable for many Californians with strong stable incomes with families. Many potential homebuyers have given up becoming homeowners in California.

Piotr Bieda of Capital Lending Network, Inc. is a real estate and mortgage expert based in Redding, California. Peter Bieda is also an associate contributing editor at Gustan Cho Associates.

It is estimated that California’s housing shortage is costing the state $143 billion to $233 billion in lost economic output, primarily from consumption that’s crowded out by high housing costs and lost construction activity. Home prices keep on getting more expensive year after year. For example, Azusa, California’s median home price for September was $449,250, up nearly 20 percent from the year-ago price of $375,000. But bigger year-over-year increases were seen in such cities as Foothill Ranch (26.9 percent), Westlake Village (25 percent), La Cañada Flintridge (22.3 percent) and Chino Hills (20.4 percent), among others. High prices and a lack of inventory have also led to overcrowding in homes and increased homelessness, which disproportionately affect seniors, low-paid farm workers and people with disabilities. On any given night in 2020 more than 198,000 people experienced homelessness in California. That accounted for 28 percent of the nation’s entire homeless population.

California has experienced a major housing shortage throughout the state. This holds true especially in Los Angeles County and surrounding areas. If a home is listed at and/or under the median price for the area, it is not uncommon to see five to seven other offers for the same property. This eventually leads to a bidding war where the sellers make out. Due to the demand for housing in major cities and surrounding suburbs, more and more people are looking to purchase homes that are further out of city limits where homes are more affordable. This means a longer commute time. Some homebuyers go as far out where the commute time is a two-hour one-way trip to their workplace. The housing shortage stumps the state’s economy. Tens of thousands of taxpayers and businesses are relocating to other lower-taxed states with affordable housing and lower cost of living. The out-migration is costing billions of dollars each year in tax revenue.

The average worker in California makes more money than workers in other parts of the country. However, the cost of living is substantially higher in California than in other states in the nation. California housing prices are more than double the price of an average house in other states. The main reason California is losing tens of thousands of residents daily is due to the high cost of housing. A large percentage of Californians will never be able to afford a home in California.

Homeownership is hands down the most important achievable American dream for every hard-working American. High home prices are the main driving factor workers are fleeing the state. This holds especially true for lower-income and middle-income wage earners. California is one of the states where employment is booming but has a major housing shortage with unattainable home prices for lower to middle-class wage earners. Affordable housing and the shortage of inventory of homes remain to be a major problems with no solution in sight.

Recent data from the U.S. Census shows that California’s homeownership rate has fallen below the national level with a significant gap that has persisted since the 1970s. In 2014, the California’s rate stood at 53.7 percent — the third-lowest in the nation. Between 2006 and 2014, the number of homes that were owner-occupied fell by nearly 250,000 in California, while the number of renter-occupied units increased by about 850,000.

There are many solutions to the housing shortage problem California is facing. One of the problems facing the housing shortage in California is incompetent politicians. The solution is for voters to elect politicians with common sense with business experience. The red tape created by Democrat politicians and lawmakers is steering away home builders and developers to other states. The state needs to lighten up with its environmental regulations which restrict construction and development projects throughout the state. State, county, and municipal governments need to streamline the permitting process with strong public engagement and early environmental reviews. Government agencies need to increase regional coordination in land-use planning. State, county, and local governments need to promote and ease regulations on housing developments and incentivize home builders and developers to build more homes, especially affordable homes. If the state promotes affordable housing and eases up on environmental red tape and regulations, it will rocket boost California’s economy to historic levels. The housing shortage in the state is hindering California from becoming a world power. Incompetent politicians are the biggest problem from the growth California can have to become a world economic powerhouse. Rising home prices is a major problem in California. Shortage of housing inventory is the main cause of skyrocketing home prices. A one-million-dollar home in San Francisco and its surrounding area will only get you 900 square feet home. 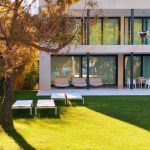 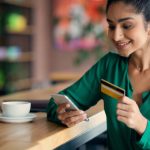