Most Affordable States To Purchase Homes In 2021

Home prices have been skyrocketing since 2013 with no sign of a housing correction. Adding fuel to the fire on the hot housing market is the historic low mortgage rates. Today’s 30-year fixed mortgage rate is at 3.25% for prime borrowers. The coronavirus pandemic has not affected the housing demand. Many thought the coronavirus outbreak was going to cause a housing correction. However, the COVID-19 outbreak further spiked the housing market. More and more people are becoming remote wage earners causing many renters to purchase homes. This holds true for city dwellers. The major riots in major cities and liberal mayors defunding the police and supporting Black Lives Matter rioters and looters, many city dwellers call it enough is enough and started a mass exodus of city living and looking to purchase homes in the suburbs and/or rural areas. You can get a lot more home for the money in the suburbs as well as rural areas. In this article, we will discuss and cover the most affordable states to purchase homes in 2021.

FHFA has raised conforming loan limits for 2021 to $548,250. This was FHFA’s fifth conventional loan limit increase. The increase was due to rising home prices nationwide. Home buyers were being priced out of the market to purchase homes. HUD, the parent of FHA followed FHFA loan limit increased and raised 2021 FHA Loan Limits to $356,362. This was three years in a row that HUD increased FHA Loan Limits. With mortgage rates being the highest since 2008 Real Estate Crash, there still seems to be a shortage of affordable housing in many states. Due to rising home prices and buyers being priced out in certain areas, we decided to write this article on Most Affordable States To Purchase Homes in 2021. Many consumers now have remote job positions that it does not matter what state they call home. Many are looking to relocate to Most Affordable States To Purchase Homes and leaving their home state behind.

Many home buyers who thought they could find the home of their dreams but have challenges in finding a home in their price range. Many pre-approved borrowers have spent countless of months searching for that particular home in a specific price range. Many are finding out they are completely priced out of the market in areas they are looking for homes. Real estate prices are soaring at record levels with no signs of a housing correction. Many home buyers are looking for most affordable states to purchase homes. Many home buyers are employed by larger companies with locations at other states. Many workers hold remote positions where they do not have to report to the corporate offices. Good news is there are affordable homes in certain states where home buyers can purchase a home. Statistics and date reveal that Midwestern and Southern States are the most affordable states to purchase homes.

Charleston is the capital city of West Virginia. West Virginia has median home prices of $259,000. The state is beautiful with its mountains. It has major employers in the biotechnology fields, chemical and is a national hub for the energy industry. Average workers in West Virginia make $33,400.

Arkansas is the home state of political misfits Bill and Hillary Clinton.

The state is beautiful with its Ozark Mountains and rich history of natural resources.

Kansas has one of the most richest agriculture land in the U.S.

Kansas is strong financially unlike other states in the union.

Bordering Illinois, Missouri is one of the most affordable states home buyers are migrating to.

Oklahoma has one of the nation’s lowest housing prices. With average median home prices at $283,421, the cost of living in the state is also very low. Annual salaries for workers in Oklahoma are $36,000. Oklahoma City is the capital of Oklahoma.

Purchasing And Relocating To The State Of Alabama

Montgomery is the capital of Alabama.

Overall state taxes is low compared to the rest of the nation.

Lincoln Nebraska is the capital of Nebraska.

The state boasts a under 2% unemployment rate. Cost of living is among the lowest in the country.

Michigan Is One Of Most Affordable States To Purchase Homes

With its capital located in Lansing, Michigan is becoming more and more popular as one of the Most Affordable States To Purchase Homes. Average state salary is $37,000 and median home prices at $285,000, Michigan made a comeback in its economy.

Iowa As One Of Most Affordable States To Purchase Homes

More and more mortgage companies are applying for licenses in the state of Iowa due to the low cost of living, low property taxes, and affordable housing.

Economy is very healthy with an unemployment rate at 2.3% which is substantially lower than the national average.

With its capital in Indianapolis, Indiana is becoming more popular to raise one’s family due to low cost of living.

The northern part of Indiana has the highest property values in the state. This is due being close to Chicago.

Columbus is the capital of Ohio.

The state has lower sales and property taxes.

Kentucky Is One Of Most Affordable States To Purchase Homes

More and more people are migrating to the Great State of Kentucky.

Louisiana is another popular state where families form other states are relocating.

Average annual salary for workers in the state is $55,146. New Orleans is a national tourist destination.

Harrisburg is the capital of Pennsylvania.

Many people in Eastern states leave their state for Pennsylvania.

Capital of Illinois is Springfield. Illinois has serious statewide problems due to mismanagement and corruption from politicians.

Many Illinois homeowners are seeing their properties is not appreciating as much as other states. This is due to the financial mess Illinois politicians created. More and more people and businesses are leaving the state.

Augusta is the capital of Maine. Average worker’s salaries are $63,079. The median home price is $345,000. Maine residents has access to the ocean and the best seafood money can buy. The state is surrounded by beauty, mass land, and amazing wildlife.

South Carolina Is One Of Most Affordable States To Purchase Homes

Columbia is the state capital of South Caroline.

Atlanta is the capital of Georgia.

Texas Is One Of The Most Affordable States To Purchase Homes

Austin is the capital of Texas. Texas has experienced enormous growth in the past 10 years. The state still ranks as one of the Most Affordable States To Purchase Homes. Annual median salary is $69,600 with median housing prices of $379,900. Texas is attracting many new residents and businesses every year. Texas has the second largest population. Texas is also the second largest state in the United States. Texas is one of the most affordable states to purchase homes. No state income taxes in Texas. The state is a community property state. Tech companies are flocking to Austin Texas due to the Austin Tech Boom. Houston Texas is home to 20 Fortune 500 corporate headquarters. 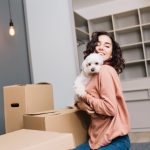 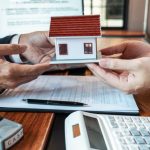