Indiana Versus Illinois Tax Rates is one of the main reasons why there is a mass exodus of Illinois businesses and taxpayers to Indiana.

The state was the first state to shut down and the last state to reopen.

JB Pritzker and state lawmakers are not concerned for the state being shut down for so long because they are confident the Trump Administration will be bailing them out.

In this breaking news article, we will discuss and cover Indiana Versus Illinois Tax Rates.

From the day Pritzker set foot as Illinois governor, he started increasing taxes and creating new taxes to fix the financial crisis.

This incompetent governor does not realize the number of small businesses and taxpayers either moving out or planning on moving out of Illinois due to high taxes.

Most profitable states with billions in surplus are lower-taxed Republican-led states.

For some reason, Pritzker is not getting it. 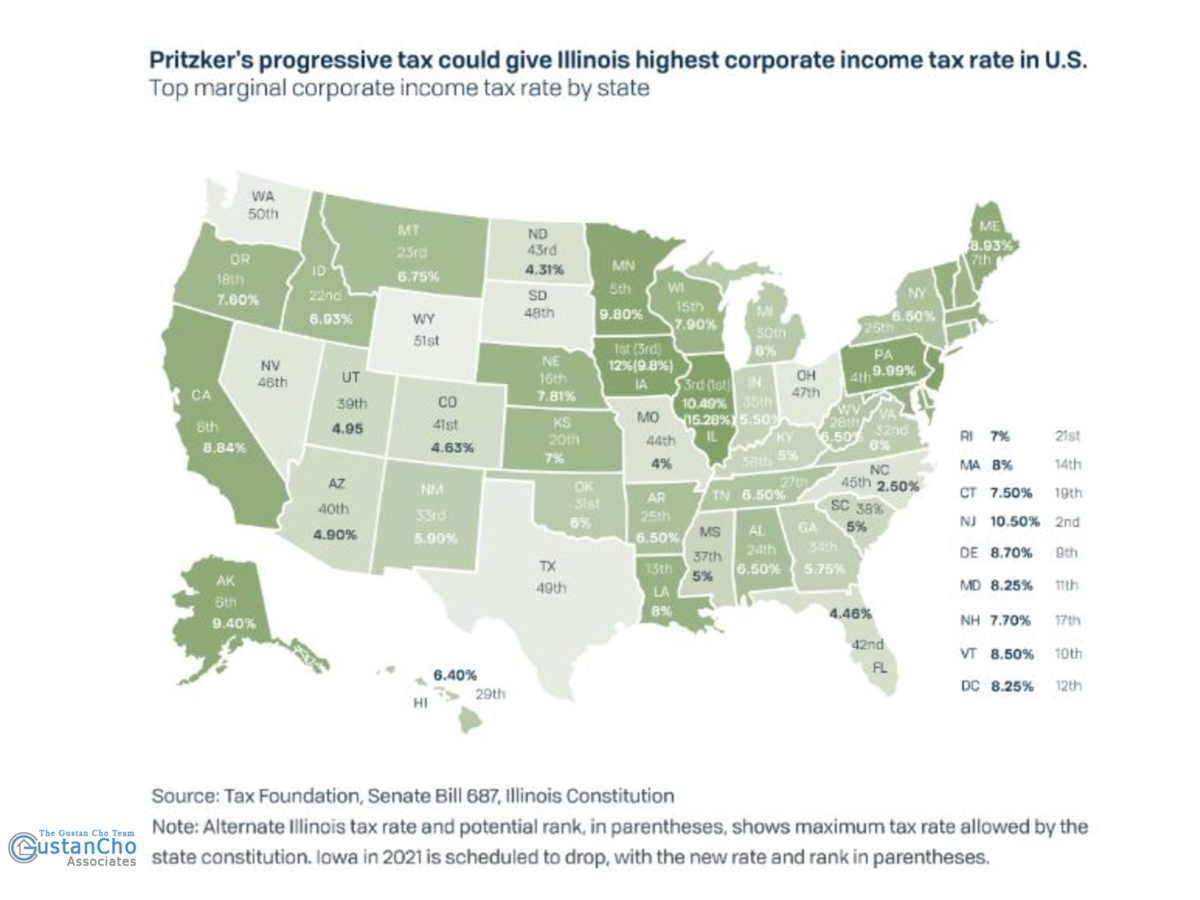 Imposing progressive taxes would drop Illinois from 36th to 48th in the nation for its business tax climate.

Of the 4,400 closed businesses in Illinois due to the coronavirus pandemic, over 2,600 businesses is not expected to reopen. Chicago’s largest employer, United Airlines, said the airline giant will lay off over 50% of its employees. Besides small businesses, medium-sized and large corporations are expected to move out of Illinois if the FAIR TAX becomes law. One anonymous CEO of a Chicago-based company said they are expecting to closed its headquarters in Rolling Meadows, Illinois, and relocated to a state that encourages their growth rather than punishing them with high taxes. There is no doubt Pritzker’s progressive tax will start pushing taxpayers out of Illinois. Indiana, Tennessee, Missouri, and Wisconsin are welcoming Illinois taxpayers fleeing to a lower-taxed welcoming state. JB Pritzker is no doubt not too sharp when it comes to basic business. Increasing taxes and proposing a progressive tax system for a state that is on the verge of bankruptcy would backfire on Pritzker. There is no doubt JB Pritzker will be a one-term governor.

Illinois Unemployment Worst In The Nation During The COVID-19 Crisis