This BLOG On Indiana Home Purchase Ranked Best Place To Live Was PUBLISHED On April 23rd, 2019

While tens of thousands of residents are moving out of Illinois, Indiana is flourishing. Indiana is the 17th most populous state in the United States. The state is the 38th largest state in the U.S. The state of Indiana became the 19th state of the U.S. on December 11th, 1816. The state borders Lake Michigan to the northwest, Michigan to the north, Ohio to the east, Kentucky to the south and southeast, and Illinois to the west.

In this blog, we will discuss Indiana Home Purchase and the benefits of living in Indiana.

While its neighbor Illinois is losing residents in droves, Indiana is gaining population by the thousands. This includes many homeowners who are fed up with their high taxed states and migrating to Indiana. Numerous polls are ranking Indiana as the nation’s best places to live. Home buyers get a lot of house for the money. Indiana is also ranking on top as America’s Best Place To Raise A Family. Fishers, Indiana ranked as the top city in Indiana for the best cities to raise a family. This is followed by Carmel, Indiana. The rankings took into account the following factors:

The worst city to move to is Santa Cruz, California. Santa Cruz, California is located in Central California. Besides high home prices, high cost of living, high state income and sales taxes, the FBI crime statistics were 6,284 violent crimes per 100,000 resident. Economic development was a negative figure where more businesses moved out of the city than new businesses. Chicago, Illinois also ranked as one of the top worst city to live. Chicago is on the verge of bankruptcy. The pension system in Illinois and Chicago is on the brink of bankruptcy. The Democratic-controlled city is facing larger deficits year after year. Property tax rates in Chicago are among the highest in the country. The newly elected Mayor Lori Lightfoot seems clueless in fixing the budget of the city. The newly elected governor JB Pritzker is beyond clueless and already is planning on raising taxes and implementing new taxes. A large percentage of Illinois residents are packing up and crossing the border to Indiana where they get a lot more for their money. 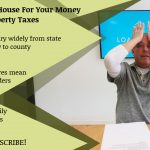 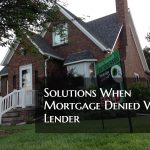