Illinois Ranked As Highest-Taxed State In The Nation For Taxpayers

BREAKING NEWS: Illinois Ranked As Highest-Taxed State In The Nation For Taxpayers

Illinois Ranked As Highest-Taxed State In The Nation For Taxpayers and is expected to remain the ranking for many years.

In this breaking news article, we will discuss and cover Illinois Ranked As Highest-Taxed State In The Nation For Taxpayers.

Most states were booming and raking in billions in revenues prior to the coronavirus pandemic.

Incompetence fueled by arrogance is the reason why Pritzker and the governors of financially strapped states do not follow other profitable states’ business models.

Incompetence And Corruption Leads To The Financial Demise Of Illinois

JB Pritzker and MK Pritzker is still under federal criminal investigation by federal investigators and the U.S. Attorney’s Office for tax fraud.

Illinois Ranked As Highest-Taxed State Due To Consistent Tax Hikes

Many Illinoisans had high hopes for the freshman rookie governor when they voted for him in 2018.

Tammy Trainor and financial analyst at Capital Lending Network is an expert on the housing market. Tammy Trainor of CLN said the following:

For opponents of economic and budgetary reform, the solution to Illinois’ financial woes is always tax hikes. They claim Illinois is a low-spending, undertaxed, small-government state that can’t fix its chronic budget problems without more money from taxpayers. As a result, many lawmakers have proposed increasing Illinoisans’ tax burden. Higher gas taxes, a millionaire tax, a progressive income tax, a return to the personal and corporate income taxes’ pre-sunset rates – all have been proposed as solutions to the state’s budget crisis and mounting deficit.

Illinois collects more taxes per individual taxpayer than any other state.

JB Pritzker was always a politician wannabe. He ran unsuccessfully for many public office posts. Pritzker was even caught on the recording talking to former Illinois Governor Rod Blagojevich about getting a state-appointed position. Pritzker had an interest in getting an appointment as the state treasurer or replacing Barack Obama Senate seat. However, the bribe scheme in paying Blagojevich never happened. However, Pritzker and Blagojevich were recorded on tape. JB Pritzker ended up spending over $171 million of his own money in getting elected as governor of Illinois in 2018.

Mike Richardson of Capital Lending Network is a California licensed realtor and expert when it comes to taxation of state government. Mike Richardson said the following:

See the chart below on how Illinois is one of the highest taxed states in the nation:

Chicago Ranked As Highest Taxed City In The Nation

Chicago is ranked as the highest taxed city in the nation. Yet, the city is in a financial crisis.

Jammi Cash of Gustan Cho Associates is one of the top loan officers and a housing market expert. Jammi said the following:

Residents in Illinois’ largest city, Chicago, face an even higher tax burden compared with other Illinois residents. In all, the city subjects Chicagoans to over 30 individual taxes and a multitude of fees – far more than any other major Illinois municipality. Chicago’s taxes are also high compared with other cities across the nation. Chicago’s combined sales tax rate is the highest of any major U.S. city. And Chicago’s residential and commercial property taxes ranked 18th- and fourth-highest, respectively, in 2015 when compared with other large cities across the country. Chicagoans’ property-tax burden is even higher now with the city’s passage of a record $543 million property-tax hike in 2015. On top of that, Chicagoans face the prospect of an additional $250 million tax hike to be imposed by Chicago Public Schools. Illinoisans are taxed enough already. The real solution for Illinois’ fiscal crisis requires lawmakers to enact state and local spending reforms to lower the cost of government to a level Illinoisans can afford.

Many experts believe Pritzker will fast track Illinois’ road to bankruptcy and ruin the livelihood of Illinois. All of these tax increases and new taxes will end up backfiring. Taxpayers are not stupid. Illinois’ out-migration numbers are skyrocketing.  Pritzker was asked about the enormous number of out-migration in Illinois due to high taxes. He responded that he is not a bit concerned about it.

And Illinois had the seventh-highest per capita state and local tax burden in the country. At $5,235 per capita, Illinoisans’ tax burdens were higher than those of residents of any other bordering state.

See the chart below on Illinois’ combined state and local sales tax rate:

Illinois has the second-highest property tax rate in the nation.

See the chart below on Illinois property tax rates:

Illinoisans now likely pay the highest property taxes in the nation due to the $543 million property-tax hike Chicago enacted in 2015. On top of that, Chicagoans face the prospect of an additional $250 million tax hike to be imposed by Chicago Public Schools. A different study released in 2016 by the analytics firm CoreLogic reported that Illinois had the highest median property taxes in the nation in 2015. Illinoisans are also subject to the seventh-highest combined state and local sales tax rates in the nation, far outpacing the rates of neighboring states. Such high rates can hurt Illinois’ revenue collections, particularly in areas near the state’s borders. Every sales transaction an Illinois resident makes in Wisconsin, Missouri, or Indiana is one less revenue opportunity for the state of Illinois.

More and more taxpayers and business owners are planning on leaving Illinois to other low-taxed states. Many list high taxes as the reason for leaving Illinois. Other reasons include high crime rates, low home appreciation due to high property taxes, high cost of living, and public corruption.

Illinois had the tenth highest individual income tax rate in the country. The average Illinois taxpayer pays an average of $1,200 in state income taxes. This is much higher than neighboring states. Tennessee and a handful of other states do not have any income tax. State with no state income taxes is thriving.

Look at the chart on Illinois corporate income tax rates:-+

Illinois is in a financial mess. JB Pritzker and the state’s Democrats are trying to get the federal government to bail the state’s financial deficit from its mismanagement. However, the White House and the Republican-led Senate already told the heavyset obese Illinois governor ” NO WAY, JOSE.”  Illinois needs new leadership. Illinois is a beautiful state that has hopes. However, under the management of incompetent politicians like JB Pritzker, the state is bound to self-destruct. 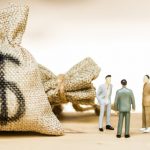 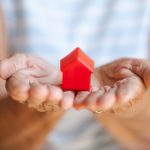