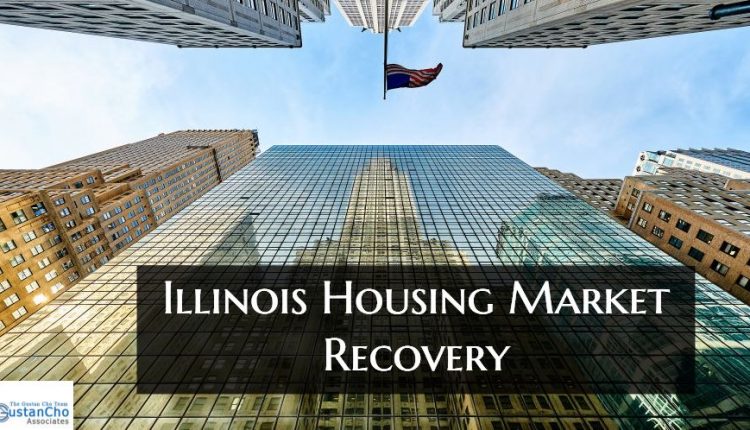 This ARTICLE On Illinois Housing Market Recovery Still Lags The Rest Of The Nation Was PUBLISHED On November 5th, 2019

The economy has never been as good as it has been since President Donald Trump took office.

In this article, we will cover and discuss Illinois Housing Market Recovery Still Lags The Rest Of The Nation.

More and more businesses and individual taxpayers are moving out of Illinois in record numbers. Illinois politicians need to shape up and get their acts together before the state has a financial meltdown.

Look at the graph below:

According to Massimo Ressa, Chief Executive Officer at Gustan Cho Associates, he considers that Illinois will be in good shape as the state fixes its financial crisis:

In theory, falling building permits, lower housing inventory and declining borrowing costs should all lead to higher growth in home prices. But sky-high property tax bills have all but ensured that demand for Illinois homes – and therefore housing prices – remains weak, as buyers realize even if they can afford a home, massive property tax costs and low expected appreciation make owning a home in Illinois a losing proposition. Had demand for housing in Illinois matched the rest of the nation, housing prices would have increased at a rate much closer to the national average. Instead, prospective homeowners in Illinois are increasingly looking across state lines for more welcoming tax climates where housing costs are much lower. Unfortunately, uncertainty over taxes and the fiscal condition of the state is likely to cause economic activity to slow, even more, further depressing housing demand and house value appreciation.

In the meanwhile, there seems to be a sort of panic in Illinoisans fleeing the state to other lower-taxed states. Many homeowners are scared because of how much higher will property taxes increase. Until the state, especially the city of Chicago, can fix its pension debt issues, property taxes will continue to rise. Right now, the city of Chicago and the state of Illinois are swaying businesses and individual taxpayers from locating to Chicago. There are more businesses and taxpayers leaving the state than migrating to Illinois. This is a developing story. Gustan Cho Associates Mortgage News will update our viewers as more develops on this story. Stay Tuned!!!

Alex Carlucci is an experienced private mortgage banker with Loan Cabin. He has been in the mortgage industry for 20 years, and prides himself of his excellent customer service and communication. Alex has extraordinary customer service throughout the whole loan process, and works very closely with each and every client to give them the best experience. Alex is very experienced and knowledgeable in Conventional, FHA, VA, and Jumbo loans. He is also always up to date with all the constant changes in guidelines in the mortgage industry. Alex credits Finance of America's support team as a foundation for his success. He has built a support team that has earned him an unmatched reputation for accessibility, communication and service to all parties involved in each and every loan. Please contact Mr. Carlucci at 630.915.7550 or email at alex@loancabin.com

What Are Lender Overlays And What Are Common Overlays