Homebuyers Buying Homes In The Suburbs And Fleeing City Life

Homebuyers Buying Homes In The Suburbs And Fleeing City Life:

More and more city dwellers are fleeing city life and buying homes in the suburbs. The coronavirus outbreak has triggered many city dwellers to call city living enough and move to the suburbs. You get more house for the money in the suburbs. Suburban homes come with a lot and a backyard. Home prices are cheaper in the suburbs. Many people moved to city living so they could be close to work and avoid hours of sitting in rush hour traffic. However, the coronavirus pandemic has triggered many employers to offer remote job positions. Many mayors of large cities have taken their political views to the far left where it is too much even for Democrats. Chicago Mayor Lori Lightfoot promoting the black lives matter riots have left a bad taste for Chicagoans. Major riots in Chicago have cost businesses tens of thousands. Lori Lightfoot, a freshman rookie mayor, has proven herself to be incompetent to lead Chicago. Her stance on keeping businesses shut down for extended periods despite other city mayors reopening their cities has cost tens of thousands of businesses to permanently close. Her stance of defunding the Chicago Police has increased crime in Chicago to historic levels.

How The COVID-19 Outbreak Has Changed Where We Can Live

The coronavirus pandemic and political unrest have changed the direction of homebuyers buying homes in the suburbs. The coronavirus outbreak that hit the United States in February 2020 has changed the way we work and live. Many companies have changed their business work model to remote jobs. Many workers who were required to report to a brick-and-mortar location can now work remotely. Working remotely offers many advantages to homebuyers. Remote workers are not tied to purchase a home in one geographical area. Many remote workers can pick and choose where they want to purchase a home. They can leave an area where it is close to work and live hundreds of miles away or even a different state. Many workers migrated towards living in congested cities so they can save time in commuting. Many city dwellers are deciding to flee city living and purchase homes in the suburbs and/or rural areas.

In the past, many homebuyers gravitated towards the city when buying a home. City living was convenient. Shopping was close by. It was closer to work where workers did not have to sit in traffic. However, the coronavirus pandemic has changed all that. City dwellers started fleeing to the suburbs when it came to purchasing a home. Many mayors in Democrat cities like Chicago condoned riots, protesters, and defunding the police. Chicago, led by Democrat Lori Lightfoot, not only lost tens of thousands of residents but also lost countless businesses. Lightfoot, deemed by many as the worst mayor Chicago ever elected, extended the stay-at-home order longer than any other major city. Schools, businesses, and social activities were shut down.

The city’s crime rate and murder rate surged to historic highs under Lori Lightfoot. With the combination of businesses being shut down and loss of revenue to the mass exodus of Chicagoans and businesses, the city is facing a financial crisis like never before. It is obvious Chicago is turning into a ghost town. Many analysts and economists are predicting Chicago can be the next Detroit. The far-left liberal first-term Mayor supported protests and ordered Chicago Police not to arrest protesters and be lenient with rioters. Mayor Lightfoot was a strong supporting of defunding the Chicago Police Department. Companies favoring remote job positions made leaving cities like Chicago easier for homebuyers.

Many Buying Their First Homes In The Suburbs

Home sales have been surging throughout 2020 and into 2021 despite the coronavirus pandemic. Part of the reason why the housing market has been booming is because of historic low mortgage rates. The coronavirus outbreak triggered the Federal Reserve Board to lower interest rates to zero percent which tanked mortgage rates to historic lows. Even with the recent surge of mortgage rates, rates are still at historic lows. The number one American dream is still the dream of homeownership. Despite high unemployment rates due to the COVID-19 pandemic and a sluggish economy as well as political unrest with a potential fake President elected into office, the housing market is still strong. With the surge of employers converting workers to remote wage earners, many first-time homebuyers are deciding to purchase their first homes in the suburbs. In general, homebuyers can get a lot more house for their money in the suburbs.

According to the U.S. Census Bureau, homeownership skyrocketed by 67% during the 2020 coronavirus outbreak pandemic. 2020 homeownership levels were a 3% increase from 2019 levels. The strong housing market has home prices skyrocketing where both HUD and the FHFA have been increasing FHA and Conventional loan limits for the past 5 years. With the high unemployment and still recovering economy from COVID-19, home prices just keep on going up. The average home prices today have risen to $346,800. The appreciation of home prices is far pacing wage increases in over 90% of the national housing markets.

The median prices of single-family homes and condos are less affordable than historical averages in 63% of U.S. counties, up from 54% a year ago, the report found, based on the income needed to make the monthly mortgage, property tax, and insurance payments on a median-priced home with a 20% down payment. To help address the national affordability crisis, Joe Biden proposed a $15,000 first-time homebuyer tax credit, which could help with a down payment.

Will the trend of Homebuyers Buying Homes In The Suburbs And Fleeing City Life going to continue? Will this be the new norm? Major cities like Chicago, Los Angeles, Portland, Seattle that have been struggling with balancing their budgets are seeing a huge budget deficit due to the mass exodus of residents and businesses. It is more than obvious that suburbs are experiencing a population boom from people making a mass exodus from cities to the suburbs. This includes businesses. Many city politicians and mayors keep on increasing taxes to meet its budget deficit. However, this time around, both residents and business owners in cities have called it enough is enough and are taking action. Many people want fewer taxes and more space. Many are now working at home and have the luxury of choosing where to call home. City mayors and politicians need to get their acts together.

Mismanaged High-Taxed States Are Seeing A Mass Exodus Of Taxpayers 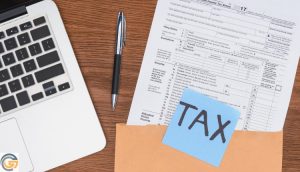 The general consensus of spending without any cutbacks and having the power to keep increasing taxes is no longer the name of the game. Cities, counties, and even states need to be run like a business. Residents and business owners have choices now. For example, first-term rookie Illinois governor JB Pritzker has been increasing taxes and creating new taxes to solve the state’s financial crisis. However, the first-term rookie Pritzker is now realizing that millions of residents and business owners are fleeing Illinois in droves due to his incompetent decisions of extending the stay-at-home order and tax increases.  JB Pritzker is now facing a major dilemma in taxpayers and businesses fleeing to lower-taxed states and has left Illinois in the worst situation than ever before. The new trend seems to be that city and state governments are now on notice because taxpayers have choices in moving to other lower-taxed better-managed states. The housing market is still strong and is forecasted to remain strong. Many hoping for a market correction will most likely not see a housing market correction any time soon. In the meantime, mortgage rates still remain at historic lows and there is a national housing shortage. Home prices in the suburbs are expected to still skyrocket while housing in the city remains stable or may come down in value as more and more families are escaping the city to the suburbs.