Pro-Tax Rookie JB Pritzker Ranks Among Least Popular Governors In The U.S. according to a recent poll.

In this breaking news article, we will discuss and cover how Rookie JB Pritzker Ranks Among Least Popular Governors In The U.S.

The Road On How Freshman Rookie J.B. Pritzker Ranks Among Least Popular Governors In The U.S.

JB Pritzker, a billionaire and heir to the Hyatt Hotel Family, was always a politician wannabe since the 1990’s:

Illinois is ranked as the most corrupt state in the nation. Public corruption in Illinois is costing taxpayers $550 million every year.

Pritzker Politicizing COVID-19 To Get Federal Bailout And Increase Taxes

It is no secret Chicago is the most corrupt city out of any other large metropolitan city in the nation.

Again, JB Pritzker is doing everything in his power in making the COVID-19 outbreak the reason for not just getting a federal bailout but a reason to increase taxes in Illinois.

It took freshman rookie first term Governor JB Pritzker less than four months after getting sworn in as Illinois governor to be under federal criminal investigation for tax fraud. Rookie JB Pritzker Ranks Among Least Popular Governors due to many reasons but corruption? JB Pritzker did not waste any time in getting under federal criminal investigation like six of his predecessors who were charged with corruption and four of them were convicted and sentenced to federal prison:

As mentioned earlier, many Illinoisans had high hopes when JB Pritzker got elected Illinois governor.

JB Pritzker said all Illinoisans is going to suffer financially. He said he may not have any other choice but to lay off 15% of state workers and cut government services. Pritzker also threatened taxpayers he has no other choice but to increase state income taxes for everyone at all income brackets.

Pritzker did not waste any time governing the state the first year in office.

JB Pritzker’s popularity among the nation’s governors is plummeting. This is amazing for a freshman first term governor with no other political experience. His popularity rating ranks at the  sixth-least popular among the 23 Democratic governors.

Pritzker did deliver on his promise of legalizing marijuana and increasing casinos in Illinois. However, revenues are a dent on what Illinois needs. Pritzker and his allies need to realize that they cannot spend more than what they take in. Pritzker seems clueless and the way he is headed, he will no doubt be a one term governor. Unless he makes some good decisions and stop increasing taxes, his political ambitions in becoming President of the United States will be nothing but a fantasy. Pritzker made some bad decisions while in his first two years in office. Nobody likes tax increases. However, voters do realize that tax increases are necessary to keep state government running. But JB Pritzker gave state lawmaker raises when the state was bleeding financially. Furthermore, Pritzker approved over $220 million worth of wage increases to high-level state workers. What was he thinking?  Why is neighboring Indiana raking in millions in revenues and Illinoisans moving there? A great competent governor who is running Indiana like a business. Lowering taxes to attract new taxpayers and businesses. Lowering property taxes to attract  home buyers and real estate investors. Watching they do not spend more than they take in. Illinois is facing a massive exodus of taxpayers and businesses to other lower taxed states. Many Illinoisans do not feel safe and stable living in Illinois due to incompetent politicians who do not know what they are doing. Property taxes in Illinois keep on increasing with no maximum cap in sight. The only solution the governor and politicians have to solve their financial irresponsibility is to keep on finding ways of increasing taxes. 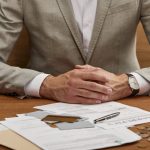 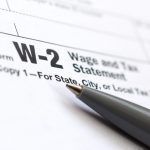 Next Post No Tax Returns Mortgage Only For Home Buyers