However, Senate Republicans and the Trump Administration said no way in Hell will the U.S. be bailing out irresponsible Democrat states like Illinois.

To add insult to injury, J.B. Pritzker has been lobbying to change Illinois’ flat tax to a progressive tax system.

Many nationally renowned economists are criticizing Pritzker for coming up with such an idiotic dumbass idea during the worst time for any tax increase.

When asked by reporters during a recent press conference if he considered delaying the FAIR TAX and tax increase proposal until the state coronavirus outbreak economy has been stabilized:

Millions of taxpayers and business owners will flee the state to other lower taxed states with competent leadership in state, county, and local government.

Nationwide coronavirus positive cases are no doubt on a rise.

President Trump was eventually acquitted on all charges.

How The U.S. Economy Quickly Recovered To Normalcy

Then the coronavirus outbreak hit the United States in February 2020.

Americans knew under the Trump Administration the economy was going to recover from the economic damage from the COVID outbreak.

Political Divide In The United States

Democrats now needed another angle to destroy Trump and a game plan to do anything necessary to win the 2020 Presidential election.

November 3rd is tomorrow and many Americans are hopeful President Trump will get reelected for another four term. However, angry Democrats will not go away easy.

J.B. Pritzker is politicizing the coronavirus for his own political gain.

Regardless, Pritzker’s politicizing the COVID-19 outbreak and ruining tens of thousands of lives and literally destroying the restaurant industry for his political benefits is not just evil but criminal.

In this breaking news article, we will discuss and cover how Illinois Governor JB Pritzker Destroying Restaurants With Lockdown Order. Pritzker’s out of control power hunger is not just bankrupting businesses but is also affecting individual taxpayers. Thousands of Illinoisans will not just be temporarily laid off but will be permanently out of jobs due to Pritzker’s illegal executive lockdown order.

Only a fraction of positive coronavirus cases can be traced to indoor dining at restaurants and/or bars.

Tens of thousands of jobs will be affected by Pritzker’s second round of the shut down.

Orland Park Mayor Keith Pekau who is one of the suburban mayors who will not have his police department enforce the governor’s lockdown executive order said the following:

It seems the only solution he has in fixing a budget gap is to increase taxes and/or create new taxes.

Many county sheriffs and local police chiefs said they will not be enforcing business owners who defy the governor’s ban on indoor dining. However, J.B. Pritzker said he will send the Illinois State Police to enforce his executive shutdown orders. Anyone who is in violation, Pritzker said troopers from the Illinois State Police may issue warnings, tickets, arrest, and may throw those who remain open after a warning and/or ticket in jail. Pritzker said he is even going go as far as revoking the business owner’s business and/or liquor licenses. It is difficult to believe that we are living in the United States of America and power hungry politicians like J.B. Pritzker still exists. Illinoisans have rights and can decide for themselves on which actions to take. They should not be instructed on how to live their lives by a dictator. A state governor works for the people of the state. They are a public servant elected by the voters and nobody gave them the right to be a dictator. 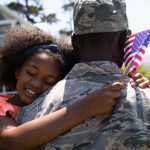 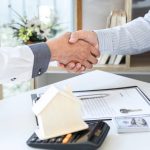 Next Post What Are Lender Overlays Versus Agency Mortgage Guidelines