Feds Will Not Raise Rates Even Though Inflation Spikes

Feds Will Not Raise Rates can be interpreted as good news but bad news as well. The Dow Jones Industrial has surpassed the 35,000 mark. Many investors and business experts feel the market is out of control. Analysts and reputable economists are banking on a major market crash. Some say we will have a stock market crash like never before. There is no reason for the Dow Jones to be as high as it is today. Even with international bad news of Joe Biden’s incompetency in his leadership over Afghanistan and the resurgence of Covid-19, the Dow Jones is skyrocketing to new territory every day.

In breaking news today, the Feds will keep rates near zero percent despite rising inflation as the U.S. economy recovers from the coronavirus pandemic. Fed Chairman Jerome Powell said the Central Bank will not interfere with the economy as it is recovering. Powell added the U.S. economic recovery is faster than expected. Weighing the option between higher inflation and increasing rates, he rather let inflation run its course than increase interest rates. Many analysts and economists are concerned about having runaway inflation in the coming weeks and months.

Why would the Fed leave short-term interest rates low when inflation is picking up? Because much of the increase in spending is due to a temporary intervention like stimulus payments. The Federal Reserve Board understands that it will take a more sustained push before the economy is in the clear and inflation becomes a real concern.

Powell Says No Rate Increase or Reduction in Bond Purchases

The Federal Reserve Board will continue to support the economic recovery by keeping rates at and/or near zero percent.  Jerome Powell announced that the Feds will leave rates at or near zero for the rest of 2021 going into 2022. The Central Bank will also purchase more than $120 billion worth of mortgage bonds to keep mortgage rates low. This is a great relief for the real estate and mortgage industries. Powell credits himself, the board of the Central Bank, and economic stimulus activity in keeping the employment rate and economy on a fast road to a full recovery, although inflation is a by-product of such intervention.

Fed Chairman Powell said he felt strong and confident the U.S. economy is going to make an expedient full recovery sooner rather than later. Most industries have shown improvements above expectations. He said this month’s numbers are far better than last month’s and he sees more economic improvements in the coming months. Other data showed a promising outlook, especially unemployment numbers. Over 8 million Americans are still out of work. However, that number is shrinking.

The Fed statement offered no signs of slowing on its quantitative easing program, which is currently absorbing U.S. Treasuries and agency mortgage-backed securities at a clip of $120 billion a month. The decision to hold rates at near-zero was widely expected. The FOMC voted unanimously on the action. The next FOMC meeting is scheduled for June 15 and 16, which will come with another round of quarterly economic forecasts.

Despite the high unemployment numbers, the housing market forecast has never been stronger than in 2006. Home prices have been skyrocketing year after year with no signs of correction. More and more workers are becoming remote wage earners enabling them to relocate to lower-taxed states. Major U.S. cities like Chicago, New York, and Los Angeles are seeing a major exodus of city dwellers fleeing to the suburbs and/or rural areas due to the mass remote job opportunities with their existing employers and/or new remote job opportunities.

Most consumers can feel the higher cost of goods and services. But mortgage rates are at historic lows, and are expected to remain low into 2023.  There is a major housing shortage in much of the nation. However, with the Feds buying more than $1.2 billion worth of bonds, rates remain low. Mortgage rates and real estate market conditions are a developing story. We will keep our viewers posted.

Need a mortgage? See if you qualify in 5 easy minutes. 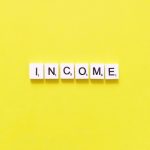 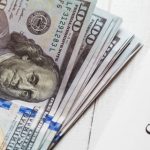