Business Owners Planning Leaving Illinois due to high taxes.  Illinois Governor JB Pritzker has been increasing taxes. He has also been creating new taxes since getting elected governor. Many Illinoisans had high hopes when they voted the heavyset obese freshman rookie governor into office in 2018. This was due to Pritzker being a billionaire and heir to HYATT HOTELS. However, little did voters know that JB Pritzker was totally clueless and lost when it comes to running state government.

Pritzker Turned Out To Be A Disappointment For Illinoisans

Pritzker turned out to be a major disappointment for Illinoisans. The only solution Pritzker seems to come up with is increasing existing taxes and creating new taxes to fix the state’s budget deficit. However, not only is Pritzker increasing taxes but he is not cutting spending. Many critics have referred to Pritzker as the overweight fat obese potbelly pig that runs Illinois that does not know what he is doing. Others have called him many names that we do not want to post on this blog. The freshman rookie governor has also doubled the state’s gas tax.

Raising Taxes And Not Cutting Spending

The governor is also spending like a drunken sailor and not cutting spending. The broken pension system needs to be fixed. The pension system is broken and is being run like a Ponzi scheme. The governor has given state lawmakers substantial pay raises when the state is on the verge of bankruptcy. Under House Speaker Michael J. Madigan’s recommendation, JB Pritzker has given over $220 million worth of pay raises to high-ranking state employees.

Public  Corruption Is Cause Of Economic Crisis For Illinois Businesses

Illinois was one of the first states to close and the last states to reopen due to the coronavirus pandemic. JB Pritzker has issued a 30-day emergency stay-at-home executive order shutting down the state. However, this order expired on April 8th, 2020. Clay County Circuit Court Judge Michael McHaney. ruled JB Pritzker was allowed to issue a one-time-only executive stay-at-home order which expired on April 8th, 2020.

Judge McHaney ruled Pritzker cannot keep on issuing and extending his emergency executive orders past the April 8th, 2020 state. However, JB Pritzker defied the judge’s rulings and kept on extending his stay-at-home orders which hurt thousands of small businesses. Pritzker’s stay-at-home orders went further. There is no doubt JB Pritzker’s power hunger is really getting out of control. Pritzker is setting up his own rules. The state legislature is supposed to create laws. However, Pritzker has a habit of coming up with rules and laws on his own.

He instructed local, county, and state police to ticket and/or arrest business owners who defy his stay at home orders which under the court’s eyes were unconstitutional past the April 8th, 2020 date:

The longer businesses remain closed per Pritzker’s stay-at-home orders, the more likely they will not survive and/or go bankrupt. Thousands of businesses went bankrupt due to JB Pritzker’s power hunger on him politicizing the coronavirus.

Businesses Being Shut Down Dried Up State Tax Revenues

Businesses being delayed from reopening also hurt the state from collecting revenues. JB Pritzker had a grand plan in getting a federal bailout. This was by politicizing the coronavirus by delaying the reopening of the state. Pritzker’s plan backfired. The Republican-led Senate and the White House said there is no way they will be bailing out financially irresponsible and mismanaged states under any circumstances.

Both Taxpayers And Business Had Enough

The governor does not realize both business owners and individual taxpayers are fed up with incompetent politicians. Businesses are either moving or planning to move from Illinois to other lower-taxed states. Pritzker has no concerns about the large number of out-migration. He thinks the declining population is temporary. He strongly believes the population is declining due to students leaving the state for colleges.

For opponents of economic and budgetary reform, the solution to Illinois’ financial woes is always tax hikes. As a result, many lawmakers have proposed increasing Illinoisans’ tax burden. But a lack of tax revenues isn’t the problem. Illinoisans are already overtaxed.

No Growth In Illinois’ Economy Due To Mass Out-Migration

Pritzker and Illinois lawmakers are not thinking straight. They do not realize with imposing higher taxes no new businesses will want to move to Illinois. Pritzker is under a state of denial. He thinks he is doing a great job and is a great leader. Pritzker said that Illinois has lost taxpayers for almost 100 years. But new residents and businesses will also migrate to Illinois due to the great amenities the state has to offer. However, Pritzker does not realize that the out-migration numbers today is at an alarming rate. The governor does not realize that Illinois will see a mass exodus of businesses and taxpayers if his FAIR TAX passes. Pritzker is definitely leading the state to the road of bankruptcy.

What Experts Are Saying About The Mass Illinois Exodus

John Park of Capital Lending Network said that Pritzker’s power hunger and obesity are getting really out of control.

This oversized overweight obese fat potbelly pig, JB Pritzker, power hunger and obesity is getting out of control. All Fatso (JB Pritzker) is good at is eating, gaining weight, raising people’s taxes, spending tax payer’s money like a fat slob, and always talking out of his obese fat incompetent ass. Pritzker is hands down the fattest governor in the nation and the ugliest most incompetent governor in the nation.

See the chart below on how Illinois beats other states as having the highest taxes in the nation: 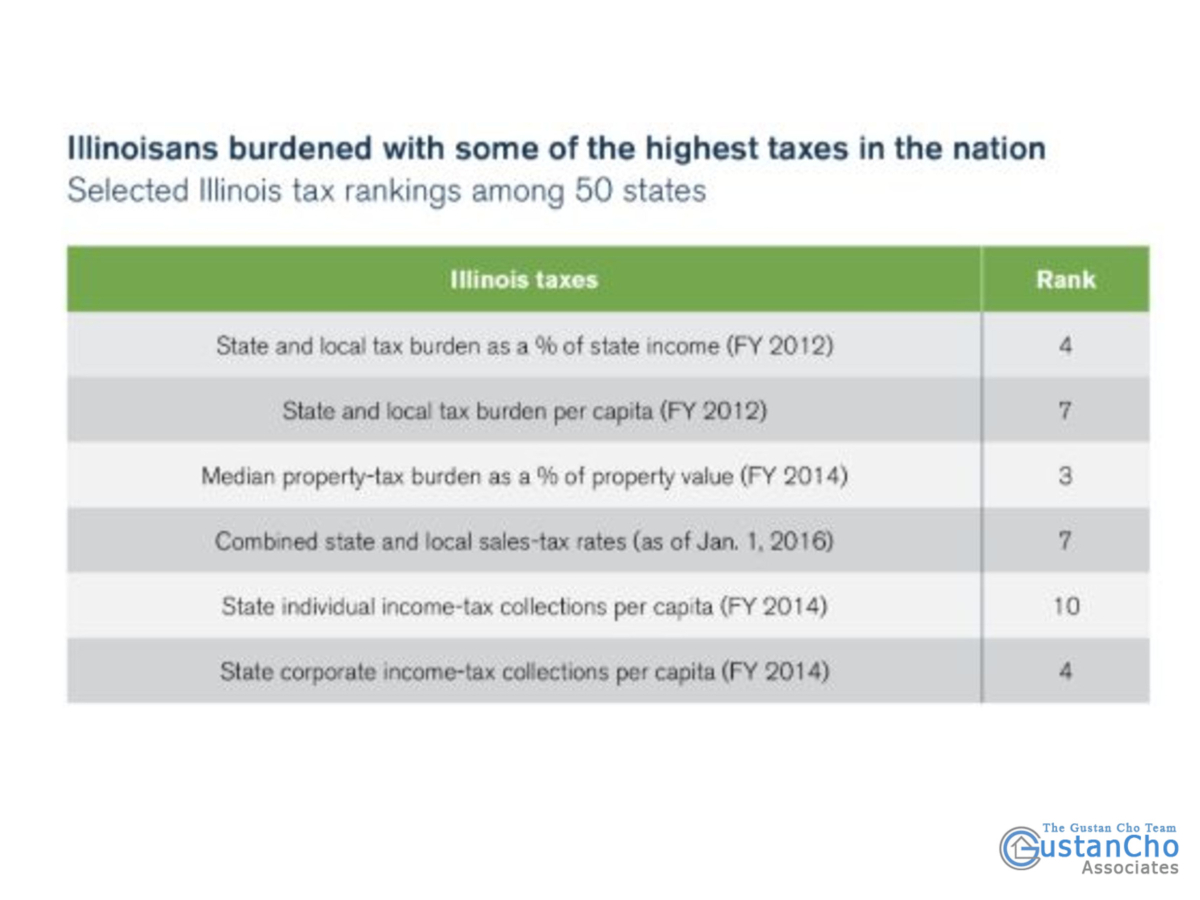 Chicago is in a major financial crisis due to the leadership of rookie freshman mayor Lori Lightfoot.

Since Lightfoot got elected, taxes across the board have gone up. Lori Lightfoot incompetence is definitely destroying Chicago. The city has the highest tax rate in the nation. But yet, the city is broke and on the verge of bankruptcy. They are running a major deficit in paying their bills.

The Chicago Police Department has a major staff shortage and does not have the money to hire new police officers to replace retiring officers. The pension system is broken. Every year the pension deficit is getting larger and larger due to not being able to meet the pension debt obligations. Pension reform is needed in the state. However, JB Pritzker and Lori Lightfoot are against pension reform because it will cost them votes from the unions and public employees. The pension system is like a Ponzi scheme. Robbing Peter to Pay Paul. Both Pritzker and Chicago Mayor Lightfoot are in support of defunding the police.

Residents in Illinois’ largest city, Chicago, face an even higher tax burden compared with other Illinois residents. In all, the city subjects Chicagoans to over 30 individual taxes and a multitude of fees – far more than any other major Illinois municipality. Chicago’s taxes are also high compared with other cities across the nation. Chicago’s combined sales-tax rate is the highest of any major U.S. city. And Chicago’s residential and commercial property taxes ranked second highest and fourth-highest, respectively, in 2017 when compared with other large cities across the country. Chicagoans’ property-tax burden is even higher now with the city’s passage of a record $543 million property-tax hike in 2017.

You do not have to be a rocket scientist to figure out why Illinois is in a major financial crisis despite having the nation’s highest tax rates. Why are neighboring states Indiana, Wisconsin, Kentucky, Tennessee raking in billions in revenues and have a fraction of taxes compared to Illinois? Simple. These lower-taxed states have billions in reserves because they have good competent leaders who do not spend more than they take in.

Illinoisans are paying the highest taxes in the nation. Yet these incompetent politicians like Pritzker and Lightfoot want to tax Illinoisans more. They need to consider cutting expenses and not spend more than they take in. Pritzker had no right to give state lawmakers a hefty raise and $200 million of raise to high-level state workers under the direction of House Speaker Michael J. Madigan. Mike Madigan is currently under federal criminal investigation for federal bribery fraud charges. JB Pritzker and his wife MK Pritzker are also under federal criminal investigation for tax fraud. 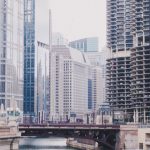 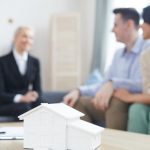