Trump Flees New York To Florida Due To High-Taxes

This ARTICLE On Trump Flees New York To Florida Due To High-Taxes Was PUBLISHED On November 4th, 2019

We have written numerous articles about New Yorkers fleeing the state to other low-taxed states like Florida, Texas, Tennessee, Alabama, and countless others.

In this article, we will cover and discuss Trump Flees New York To Florida due to the high taxes and cost of doing business in New York.

President Trump, a billionaire businessman and the current U.S. President of the United States, plans on exiting New York due to lowering his tax obligations.

He also said the following:

New York will always have great memories and a special heart for New York. I paid millions in taxes and helped the economy in New York. However, I have been treated very badly by the political leaders of both the city and state.

The exit of President Trump and his family follows other New Yorkers leaving the state to other lower-taxed states. The tax increases by New York politicians are backfiring.

Good riddance he is leaving. It is not like Donald Trump paid taxes in New York anyways. Florida can have him.

Many high profile people may just talk about leaving a state as a threat to political leaders.

The Trump Estate, where the family second home compound is, is Mar-a-Lago. Mar-a-Lago is located in Palm Beach, Florida.

Trump said the following a few months ago about the state and Governor Andrew Cuomo:

New York’s high taxes at all levels create a hostile business environment. It is no wonder both people and businesses were fleeing New York in record numbers.

New York is one of the states where there is a mass exodus of taxpayers moving to lower-taxed states.

The state has a $2.3 billion budget shortfall below estimated revenue projections.

Data And Numbers Prove High-Taxed States Are Getting Backfired

Data from the U.S. Census Bureau showed that while Florida received more movers than any other state last year, New York’s outflows to the Sunshine State were the highest – 63,772 people. New York had the third-largest outflows of any state, with 452,580 people moving out within the past year. The SALT-driven exodus is likely only going to accelerate over the coming years – now that people have seen the tangible effects on their finances following this year’s tax season. As a high-net-worth taxpayer, Trump could come under scrutiny since New York is particularly “aggressive” in requiring taxpayers to prove that they actually moved with the intent to stay either permanently or indefinitely. He would need to spend less than 184 days in New York to avoid its tax obligations. Anyone maintaining a residence in the state with an adjusted grow income in excess of $500,000 has between a 90 percent and 99 percent chance of being audited.

New York, as well as California, are going to aggressively audit taxpayers leaving their states. This goes for both businesses and individual taxpayers.

Why are some states on the verge of bankruptcy and have high taxes and other states are thriving? It is because states like Florida with low taxes are running their state like a business. Competent politicians are key. It seems like states with a financial crisis has incompetent politicians. Their only solution is to increase taxes and create new taxes. This is not the way to go. Many individual taxpayers and businesses are leaving high taxed states. New York, Illinois, and California are the three top high taxed states in the nation. Illinois Governor J.B. Pritzker recently doubled the state’s gas tax. Not only is he increasing taxes across the board, but he is also creating new taxes for Illinoisans. J.B. Pritzker proved his incompetence and lack of experience by approving wage increases to all state lawmakers. Lawmakers need to do something to attract new individual taxpayers and businesses to their state. Increasing taxes, creating new taxes, and being on the verge of bankruptcy is not the way. This is a developing story at Gustan Cho Associates Mortgage News. We will update our viewers with new updates in the coming days and weeks. Stay Tuned!!! 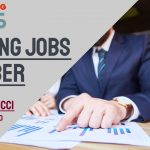