Importance Of Debt To Income Ratio In Mortgages

Borrowers need to keep in mind the Importance Of Debt To Income Ratio In Mortgages when qualifying. DTI is what determines whether or not a borrower qualifies for a mortgage. You can have the best credit and credit scores in the world but if your debt to income ratios are too high, then borrowers will not qualify for a home loan. The borrowers’ DTI is what determines how much of a mortgage they qualify for and how much the mortgage lender is willing to lend.

There are Mortgage Guidelines On Debt To Income Ratio. Every loan program has different requirements. Debt to Income Ratios is equally as important as the borrower’s credit and credit scores. DTI is part of the mortgage qualification process.

Below is a detailed summary and explanation of the Importance of Debt to Income Ratios in Mortgages from Wikipedia:

A debt-to-income ratio (often abbreviated DTI) is the percentage of a consumer’s monthly gross income that goes toward paying debts. Speaking precisely, DTIs often cover more than just debts; they can include certain taxes, fees, and insurance premiums as well Nevertheless, the term is a set phrase that serves as a convenient, well-understood shorthand.). There are two main kinds of DTI, as discussed in the next paragraph.

There Are Two Types Of Debt To Income Ratios

Below is information obtained by Wikipedia with regards to the two types of debt to income ratios used by mortgage lenders:

What DTI limits are used in qualifying borrowers? United States

Below Is The Theory On Debt To Income Ratios But This Is Not The Correct Information:

In the U.S., for conforming loans, the following limits are currently typical: Conventional financing limits are typically 45% FOR FANNIE and 50% for FREDDIE. FHA  VA limits are only calculated with one DTI of 41. (This is effectively equal to 41/41, although VA does not use that notation.) USDA 29/41

Back ratio limits up to 55 became common for nonconforming loans in the 2000s, as the financial industry experimented with looser credit, with innovative terms and mechanisms, fueled by a real estate bubble. The mortgage business underwent a shift as the traditional mortgage banking industry was shadowed by an infusion of lending from the shadow banking system that eventually rivaled the size of the conventional financing sector. The subprime mortgage crisis produced a market correction that revised these limits downward again for many borrowers, reflecting a predictable tightening of credit after the laxness of the credit bubble. Creative financing (involving riskier ratios) still exists, but nowadays is granted with tighter, more sensible qualification of customers.

The number one concern lenders and creditors have is the ability of borrowers to repay their debt. No matter how great the borrower’s credit profile is, if they do have not enough income to make payments on their debts, they will default on the loan. This is why any creditor’s main concern is the borrower’s ability to repay their loan. The main concern all creditors have is the borrower’s income stability. This is why lenders go through such an extensive vetting process with employment. Longevity and potential stability of the borrower’s employment as well as the past income history are all analyzed and included when the mortgage underwriter is calculating the debt to income ratio.

The business of lending and borrowing money has evolved qualitatively in the post-World War II era. It was not until that era that the FHA and the VA (through the G.I. Bill) led the creation of a mass-market in 30-year, fixed-rate, amortized mortgages. It was not until the 1970s that the average working person carried credit card balances (more information at Credit card History). Thus the typical DTI limit in use in the 1970s was PITI<25%, with no codified limit for the second DTI ratio (the one including credit cards). In other words, in today’s notation, it could be expressed as 25/25, or perhaps more accurately, 25/NA, with the NA limit left to the discretion of lenders on a case-by-case basis. In the following decades, these limits gradually climbed higher, and the second limit was codified (coinciding with the evolution of modern credit scoring) as lenders determined empirically how much risk was profitable. This empirical process continues today.

Nobody can predict the future. Lenders will use an applicant’s prior credit and income history as an indication to predicting the future payment of the borrower. Mortgage underwriters will take several factors when coming up with a debt to income ratio number prior to issuing a loan commitment on a borrower. Credit scores determine the borrower’s risk level for the lender. However, credit scores are not everything. Prior payment history, length of credit tradelines, prior derogatory items, employment gaps, the pattern of changing jobs, and the ability for a borrower to be able to get a job in the event if they are to become unemployed are all factors. The higher the risk of a borrower, the higher the rewards. Higher rewards for a lender means a higher rate and possibly upfront discount points. 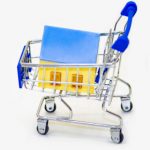