More bad news with the Illinois economy. Illinois Leads Nation With Highest Unemployment Numbers again. This was no surprise to both economists as well as Illinoisans. Poor incompetent leadership by Governor JB Pritzker and politicians were to blame. Illinois is one of the first states in the nation to shut down and the last state to reopen. Actually, when it reopened, JB Pritzker put such restrictions on businesses that many of them closed their doors permanently while others went bankruptcy. JB Pritzker then shut down the state again on October 30th, 2020 for the second time. The heavyset extremely obese first term governor JB Pritzker has issued an executive order closing all indoor dining at restaurants, bars, and cafes. JB Pritzker also has ordered all businesses with indoor operations closed for at least 30 days. Illinois small businesses are hurting financially. Many do not even know how long they can weather this power hunger from the out of control JB Pritzker. JB Pritzker said he has no other choice but to have a second lockdown in Illinois due to the surge of positive coronavirus cases. Pritzker said he only pays attention to science and data and science and data don’t lie. The heavily overweight JB Pritzker said he got elected to protect the citizens of Illinois and that he will do his best to save the lives of Illinoisans. The facts state that the coronavirus has a 99.7% survival rate. Many infected with COVID-19 now recover in less than a week.

Small business owners in Illinois employ two-thirds of all Illinoisans. Due to the extended prolonged restrictions on small businesses from Pritzker, Illinois leads with the most closed businesses. Due to only having 25% capacity at indoor restaurants, bars, and cafes business owners had to lay off a large percentage of their staff. Other business owners had to cut hours for their employees. As mentioned earlier, Illinois was the first state to close and the last state to reopen. Now, Pritzker has closed businesses and ordered a second lockdown on October 30th, 2020. Now there is no indoor business operations in Illinois. While other states with no restrictions like Florida, Tennessee, Kentucky, Indiana, Texas, Arizona, Montana, South Dakota, North Dakota, Alaska, and dozen others are thriving, Illinois is on the verge of bankruptcy. More and more Illinoisans are getting fed up with JB Pritzker and his incompetence. JB Pritzker’s power hunger has definitely gotten out of control. Sheriffs throughout the state and many mayors have said they will not enforce JB Pritzker’s executive lockdown order. Even Pritzker’s very own troopers from the Illinois State Police said they will not enforce Pritzker’s lockdown order. This angered Pritzker where he said he will be revoking business and liquor licenses for those who violate his executive lockdown order.

JB Pritzker order a second round of a stay at home lockdown due to the surge of the coronavirus positive cases. Medical experts say there is a surge of positive cases in COVID due to the mass testing. Victims of the coronavirus have a 99.7% of survival rate. Most people who have coronavirus don’t even know they have it. Indoor dining is not allowed in restaurants, bars, cafes. You cannot go to church in Illinois per Pritzker’s executive stay at home order. 76,338 Illinoisans filed new unemployment claims during the week ending October 31st, 2020. This number in unemployment claims is up more than 23,000 from prior week. Illinois leads all other states in new weekly unemployment claims for the week ending October 31st, 2020 compare to the previous week.

Look At The Graph Below How Illinois Saw The Biggest Jump In Unemployment Claims In The Nation:

Tammy Trainor has been studying the economic impact and unemployment due to the coronavirus outbreak in states with incompetent governors compared to states that are well managed. Tammy said the following:

New data from the Bureau of Labor Statistics reveals that during October the nation added 638,000 jobs and the national unemployment rate continued to decline to 6.9%. While the national labor market has been steadily recovering since April, adding jobs and dropping the unemployment rate since then, Illinois’ recovery has begun to falter in recent months. Illinois’ September jobs report, which measured changes from mid-August to mid-September, revealed that Illinois saw the largest decline in jobs in the nation during the month. In the time since, Illinois has experienced rising unemployment claims in six out of the seven weeks, with 289,609 Illinoisans filing new unemployment claims during that time.

While the U.S. economy is recovering from the coronavirus outbreak, Illinois’s unemployment claims are skyrocketing due to JB Pritzker’s power hunger in keeping Illinois in lockdown for the second time. Look at the graph below on the number of unemployment claims since September 19th, 2020:

This data indicates the state has likely experienced further job declines, which will be revealed in the next monthly jobs report on Nov. 19. The combination of rising unemployment claims and declining payroll jobs indicates Illinois’ economy could be faltering again as Illinois implements new COVID-19 restrictions, even as the rest of the nation continues to recover in the wake of the COVID-19 pandemic and state-mandated lockdowns. Luckily, Illinois voters rejected a $3 billion progressive income tax hike on Nov. 3, which would have raised taxes on more than 100,000 of the state’s largest job creators – small businesses. Experts and analysts argue against raising taxes during a recession, so lawmakers now must reject Pritzker’s call for a 20% income tax hike on everyone. Instead, Illinois can improve its fiscal situation and continue to provide core services mainly by implementing constitutional pension reform. There is also the additional possibility of the state receiving federal aid by reforming state finances, if congress adopts the Taxpayer Protection Act. Rather than just throwing more money into a black hole of pension debt and deficits, constitutional pension reform and the Taxpayer Protection Act would offer overburdened Illinois taxpayers a path to declining debt, lower taxes, more effective state government and a more sustainable recovery.

Even Democrats are getting fed up with JB Pritzker’s incompetence. Basic economics 101 says you cannot spend more than you take in. Pritzker is increasing taxes and creating new taxes but his spending is increasing. He has given state lawmakers raises and approved $220 million in raises to high level state employees. What is Pritzker thinking. Pritzker’s FAIR TAX was defeated down by voters. He was angry and threatened Illinoisans that he now needs to raise state income taxes for the middle class and lower income wage earners. Pritzker does not seem too concerned with tens of thousands of Illinoisans fleeing the state to lower taxed states every week. Pritzker is a major liability to Illinoisans. He has two years left on his first term and he is on a fast track in destroying the great state of Illinois. Stay tuned. This is a developing story. 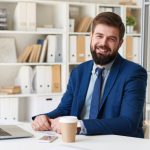 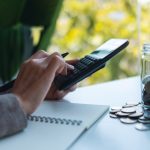 Next Post Reasons Why Homeowners Refinance Their Mortgage Loans