This ARTICLE On Illinois Property Tax Relief Force Votes Against Ending Conflict Of Interest Was PUBLISHED On October 6th, 2019

Most Illinois lawmakers have other full-time jobs.

In this article, we will cover and discuss how the Illinois property tax relief force shut down the proposal in ending the conflict of interest in the state.

An Illinois Property Tax Relief Task Force was created and formed to investigate property tax compliance and abuses in the state.

Talks of corruption and conflict of interests alarmed many Illinoisans.

State Representative Deanne Mazzochi, a Republican from Elmhurst, introduced a measure for the task force investigating and ending conflicts of interest on lawmakers using and profiting the state’s property tax system.

Illinois House Speaker Michael Madigan has one of the largest property tax appeals law firms in the state. Many suspect the Speaker is profiting big time from the Illinois property tax system which can be a criminal offense.

Below is a chart of Illinois property tax law firms and its numbers:

No other firm handled more value in commercial and industrial properties during that time. On those parcels, Madigan & Getzendanner won $1.7 billion in assessed value reductions from the Cook County assessor, a 20% reduction overall. Politically connected property owners benefit by paying lower property tax bills, as does Madigan when his firm takes its cut. But the property tax levy the county must collect is still the same, meaning the burden must fall onto other commercial or industrial property taxpayers. Cook County’s flawed assessment process is in no small part to blame for this system. The 2017 investigation also found that high-value properties in the county were systematically undervalued, therefore paying less in property taxes, while lower-value properties were systematically overvalued, meaning they paid more. Illinois residents already pay among the highest property taxes in the nation. They don’t need an added corruption tax. Whose interests are they really looking out for?

Illinois has a financial crisis. JB Pritzker not only raising existing taxes but creating new taxes to cover the shortage.

The Pritzker Administration is raising a lot of taxes but is not cutting spending. Actually, they are increasing spending.

There are more residents fleeing Illinois than any other state. New York ranks as the number two state where residents are fleeing the state to other low-taxed states right below Illinois. Illinois politicians need to run the state like a business. Why are states like Florida, Tennessee, Kentucky, Texas raking in billions in revenues and having new residents move there in droves and Illinois is broke? Illinois needs to think about gaining not just new residents but new businesses. High taxes and a major budget deficit is not the answer. Raising taxes will only force taxpayers to leave the state. High property taxes mean home values depreciating. Public corruption is another issue devastating the state. There are more public corruption investigations and convictions by the FBI and the U.S. Attorney Offices in Illinois than any other state. This is a developing story at Gustan Cho Associates Mortgage News. We will keep our viewers updated as more develops on this story. Stay Tuned. 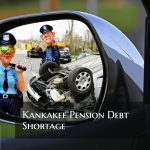 Next Post Your Checklist To Qualify For A Mortgage
CALL NOW