Mike Madigan is currently under federal criminal investigation for the alleged bribery scheme with Commonwealth Edison and other crimes. However, Pritzker has no intention on cutting spending and is still spending like money is no object.

The Economic Impact Of The COVID-19 Outbreak

The coronavirus outbreak has hit Illinois and impacted the economy like it did with other states in the nation.

J.B. Pritzker thinks middle income and high income wage earners should pay their fair share and higher state taxes. Over 100,000 small business owners will be affected by the FAIR TAX.

Public Corruption in Illinois is costing taxpayers over $550 million every year. Six Illinois Governors have been charged with felonies. Out of the six governors charged, four Illinois governors were arrested, convicted, and sent to federal prisons for crimes they have committed while they were in office. It seems J.B. Pritzker will be the next corrupt Illinois governor that will get arrested, convicted, and sent to federal prison for his alleged tax fraud scheme:

The heavy-set extremely obese J.B. Pritzker is on a mission to change Illinois’ current flat-tax to his FAIR TAX at all costs.

Without the proper verbiage, there is no guarantee property taxes will not increase as income taxes increase due to the FAIR TAX.

Dale Elenteny of Gustan Cho Associates is a lifelong Illinois native and is an expert in Illinois government budget and finance. Dale Elenteny said the following:

Gov. J.B. Pritzker has personally funded the “Vote Yes for Fairness” campaign to the tune of $56.5 million. Numerous television and online commercials promote various false and misleading claims about Pritzker’s proposed progressive tax amendment. At least two of these ads claim the so-called “fair tax” will “lower property taxes” for families across Illinois. That’s wrong. The progressive income tax amendment does absolutely nothing to lower Illinois’ second-highest in the nation property taxes. To help win support from lawmakers skeptical about voting for the progressive tax amendment, Pritzker in 2019 pushed for the creation of a 90-member Illinois Property Tax Relief Task Force. Some Democrats in the Illinois House had initially indicated they might not support the proposal due to the lack of relief for overburdened property taxpayers, and Pritzker was trying to satisfy their concerns. However, the task force never issued a final report with recommendations to lower property taxes. Pritzker has signed no legislation that would help local governments structurally reform their biggest cost drivers or place limits on property tax increases. The group’s Republican members refused to sign off on a draft report that mainly rehashed old ideas. Without explicit reforms to lower costs to local governments or revenue-limiting measures such as a property tax freeze, there’s no reason to expect higher income taxes would result in lower property taxes. Property taxes fund local government spending, not the state’s. Illinois’ high property taxes are primarily driven by out of control pension costs.

Millions of Illinoisans are already thinking of fleeing to other lower taxed states with a competent governor and lawmakers.

See the chart below on how Illinois property taxes are higher than states with no state income tax: 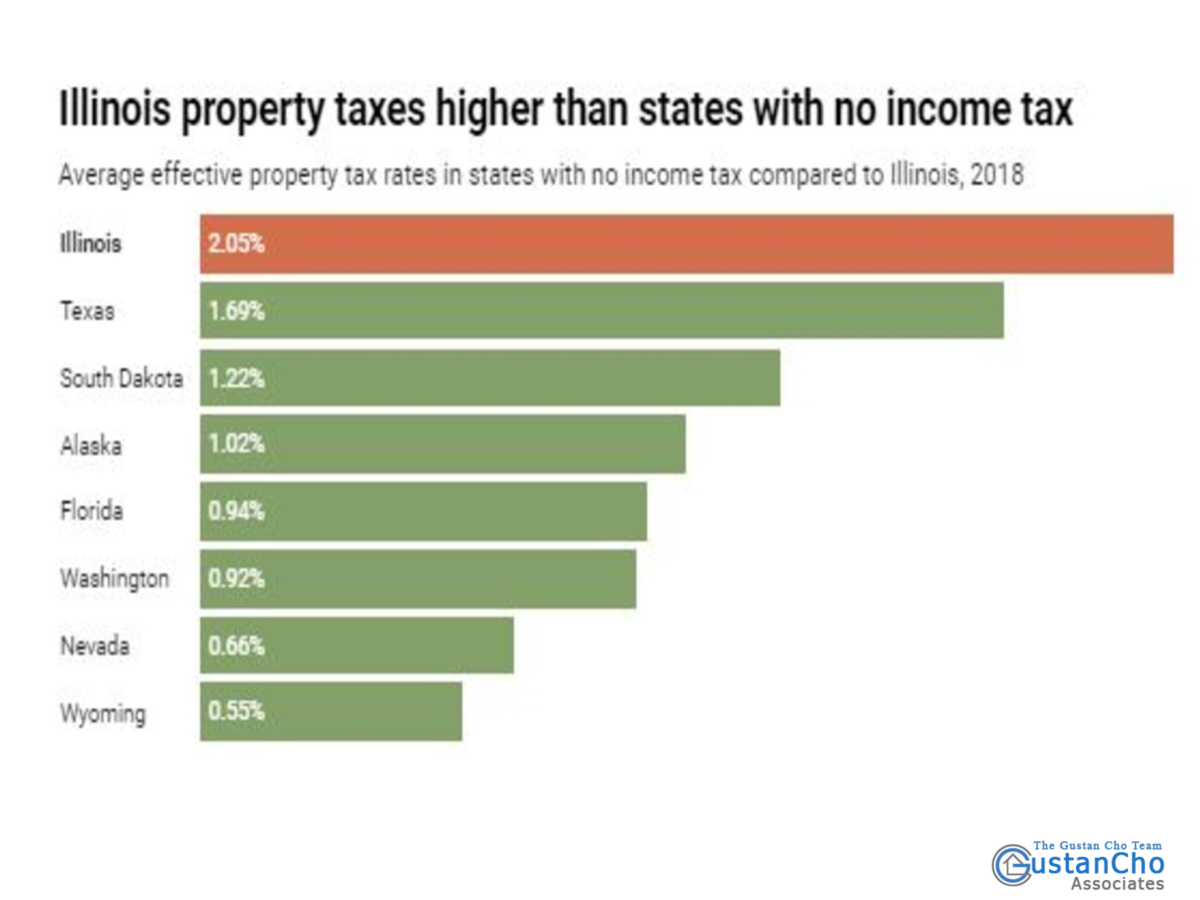 There is absolutely no correlation between state income tax versus property states across the 50 states.

In other words, higher state income taxes are not associated with lower property tax burdens.

Look At The Graph Below: Data Shows High State Income Taxes Have Absolutely No Relation To Lower Property Taxes: 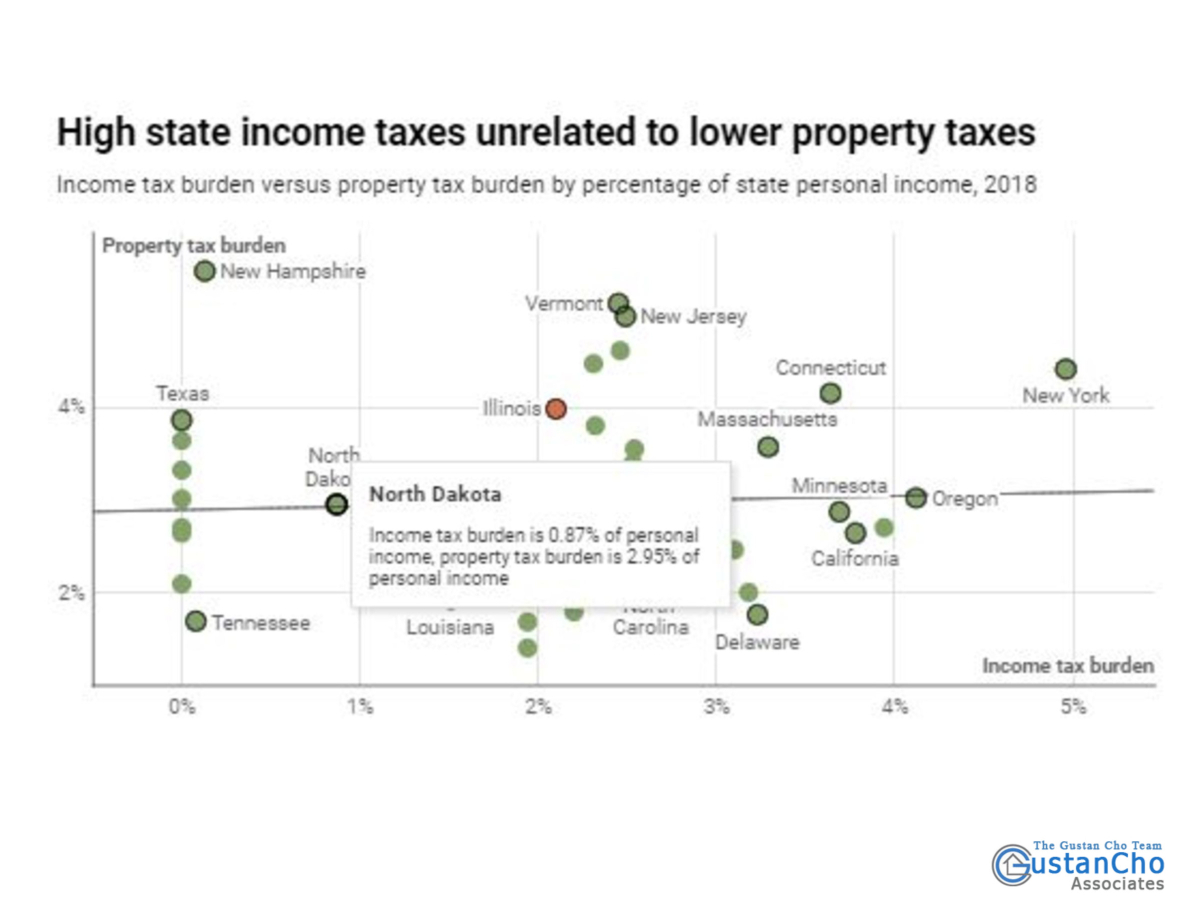 The last state that adopted a progressive tax was Connecticut back in 1996. Just like J.B. Pritzker’s lie and deception on how a progressive tax would lower property taxes, Connecticut politicians promised the same. Property tax relief was promised to taxpayers in Connecticut but that turned out to be deception and a blatant lie. The promise of the progressive tax lowering property taxes was broken. Turning Connecticut into a progressive tax system made property taxes to increase year after year at 35% historic record rates.  Middle class income skyrocketed to a 13% increase. Politicians promised a drop in state income taxes for middle class and lower class wage earners. The promise was broken and voters regretted for voting for changing the state’s flat tax to a progressive tax system in Connecticut. Pritzker’s deceptive ad promoting his FAIR TAX should be ignored. Illinoisans need to vote NO on the FAIR TAX amendment. Illinois needs a complete overhaul by getting rid of politicians currently in office and electing competent honest politicians. A governor who is hands on with common sense needs to get elected. Someone who understands that Illinois is broken. You need to fix the system by first fixing and reforming the state’s broken pension system. Cut spending. Live within your means. Run state government like a business. Cut the fat. Privatize as many state departments as you can. Lower states across the board to attract new taxpayers and businesses. The way Pritzker is going about running Illinois is a definitely failure. Pritzker is making taxpayers and businesses flee to other states. Pritzker is ruining Illinois and needs to get removed. 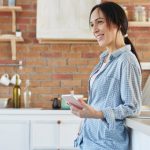 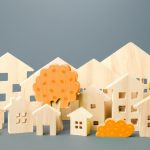