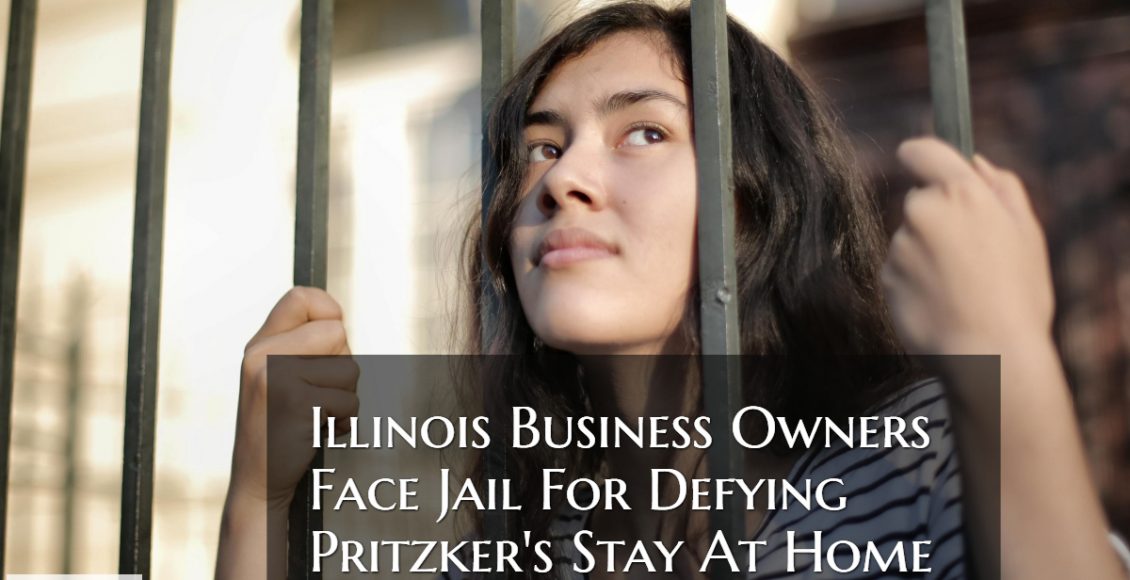 In this breaking news article, we will discuss and cover Illinois Business Owners Face Jail For Violating Stay At Home Orders.

Many city mayors, county board members and county sheriffs announced they will allow businesses to reopen and have workers return to work in defiance to the governor’s executive order.

The freshman rookie governor is standing firm in not reopening Illinois and will punish those who defy his order.

Pritzker Threatens Business Owners If They Defy His Orders

Pritzker said if local and county law enforcement agencies do not enforce his orders, he will send the Illinois State Police to ticket, arrest, and/or jail those who defy his executive orders.

Pritzker threatened local government he has the authority and power to withhold tax money from local and county governments.

JB Pritzker has lost his extended executive stay at home order in court.

The governor is being called too faced and a hypocrite. This is because he and his family have been traveling back and forth to his vacation homes in Florida and Wisconsin during the coronavirus pandemic.

When Clay County Judge Michael McHaney ruled businesses can reopen and do not have to abide by the governor’s extended stay at home order, business owners saw hope at the end of the tunnel. Many county sheriffs became heroes when they said they will not enforce the executive order of not reopening their businesses. Each day these businesses stay closed means the risk of them not reopening is greater. Most business owners were going to reopen after hearing their county sheriff will not enforce the stay at home order. Then JB Pritzker decided to play dirty and threatened business owners he will revoke their business licenses. Pritzker was widely criticized for playing dirty. Pritzker also threatened local and county governments that he will withhold federal funding if they do not comply with his stay at home executive order. JB Pritzker is clueless, lost, and totally out of control. His ego is getting bigger and bigger daily. He is ruining people’s lives and now has become a major liability to Illinoisans. There are multiple court filings against JB Pritzker. There is more to come to this story. Stay Tuned!!!

Illinois In No Hurry To Reopen State Hurting Business Owners