This Article Is About Indiana Police Hiring Fired Chicago Cops

Breaking News: Indiana Police Hiring Fired Chicago Cops Due To Vaccine Mandate By First Time Rookie Chicago Mayor Lori Lightfoot. First-time rookie Democrat Chicago Mayor Lori Lightfoot made national news by her executive order that all city employees in the city of Chicago need to abide by her coronavirus mandate in the coming days or they will be automatically suspended without pay. The suspension by Mayor Lori Lightfoot is effective immediately and those not complying with the Mayor’s vaccine mandate will lose their jobs. This holds true for Chicago police officers, firefighters, school teachers, and all third-party contractors wanting to do business with the city of Chicago.

Coronavirus vaccine mandates for city, county and state employees are very common in cities, counties, and states led by Democrat politicians. There are many controversial talks about the legality of forcing government employees by politicians like the mayor, legislative houses, the city, county, state, and federal government agencies, and even the President of the United States. Gustan Cho Associates have helped tens of thousands of police officers and firefighters get qualified and approved on mortgages during the politicians’ vaccine mandates. Police officers can qualify for a mortgage if they quit their current police jobs and find a different career with no waiting period requirements. This holds true even though they get a job in a totally different field. The Indiana State Police is heavily recruiting fired Chicago police officers due to Chicago’s vaccine mandate. Most police agencies in the state of Indiana do not have a vaccine mandate among their police officers.

Many legal scholars have argued that it is illegal for President Joe Biden, Congress, state governments, and local mayors to rule workers need to get vaccinated in order to return back to work for government agencies. Joe Biden has issued an executive order ordering the U.S. Department of Labor to mandate vaccine passports to companies with at least 100 employees or otherwise impose hefty fines. There are millions of opposition against the vaccine mandate by the White House and many Democrat state governors and city mayors throughout the United States. Among workers in jeopardy of losing their jobs are the nation’s first responders. Many of you have been following the drama from Chicago Mayor Lori Lightfoot ordering vaccine mandates to all city of Chicago employees including Chicago police officers. In this article, we will discuss and cover Indiana Police hiring fired Chicago Cops due to Mayor Lori Lightfoot’s coronavirus vaccine mandate.

Politization Of The Coronavirus Outbreak

The coronavirus hit the nation in February 2020 when President Donald J. Trump was our 45th President of the United States. The whole country shut down. Many companies laid-off workers while other companies have totally changed their business models. Many companies changed the way they do business and converted a large percentage to a remote work environment. However, you cannot have members of the police and fire departments be remote workers. We need police officers and firefighters to work in local city districts so they can respond to crime in progress and/or fire in progress. It is no secret that politicians are politicizing the coronavirus outbreak just for their political selfish agenda. A lot of Americans are falling in when politicians are politicizing the coronavirus vaccine mandate. However, it is not legal for any politician to blackmail people. You cannot threaten Americans they will lose their jobs if they do not take the coronavirus vaccine. It is not even a vaccine. We will further discuss the dangers of the newly created coronavirus vaccine.

Indiana Police Hiring Fired Chicago Cops Due To Vaccine Mandate: The Dangers Of The Coronavirus Vaccine

Why is a vaccine-like the newly created so-called coronavirus vaccine being pushed so hard by Joe Biden, the Biden Crime Family, and nearly all Democrat governors and Democrat city mayors? Why is a vaccine required on coronavirus where the recovery rate is 99.7%. Why is the coronavirus vaccine mandatory on people when people can get the coronavirus even after getting the vaccine. There are tens of thousands of cases where vaccinated people are not just getting the vaccine again but vaccinated people are able to spread to other people. The so-called vaccine is extremely dangerous. There are thousands of cases where vaccinated people are dying for no reason after taking the so-called vaccination. I just had two perfectly healthy young people who dropped deads weeks after taking the coronavirus so-called vaccination. Both people were young, with no signs of any illness, in perfect health, and both died of blood clots weeks after taking the vaccination. It takes years to develop a fully vetted vaccine. The coronavirus vaccine is by no means a vaccine. It is a killer and should be taken off the racks at pharmacies. Democrat politicians are trying to use this vaccine and its boosters as a de-population shot. There are talks from reputable scientists and doctors that the coronavirus is also a birth control shot where it makes humans sterile. Both Bill Gates, and George Soros are great depopulation proponents and activists. Chicago police officers should not be forced to take the coronavirus vaccine and its booster shots. This is great news that Indiana Police hiring fired Chicago cops due to Mayor Lori Lightfoot’s coronavirus vaccine mandate.

During this police officer shortage nationwide, the Indiana State Police and dozens of other police agencies throughout the state of Indiana are heavily recruiting Chicago police officers who are about to throw in the towel and resign their department due to the city’s vaccine mandate. This is bad news for Chicago but great news for Indiana. It takes a long time to train seasoned police officers. By recruiting thousands of Chicago police officers where their mayor does not appreciate them and the high quality of trained police officers, Indiana is about to score in a big way. Chicago and Illinois have tens of thousands of residents fleeing to Indiana due to the high Chicago and Illinois taxes and high cost of living. Home prices in Indiana are over 30% cheaper than homes in Illinois. Indiana has substantially lower sales, income, and property taxes. You can get a lot of home for the money. The school system in Indiana blows aways Indiana public school system. Trooper Sergeant Glen Fifield offered the breaking news of the State Indiana Police hiring fired Chicago cops on Friday through a Tuesday tweet which put a dent in the power play of Chicago Mayor Lori Lightfoot.

Here is the tweet from Sgt. Glen Fifield from the Indiana State Police addressed to fired Chicago police officers:

Chicago Mayor Lori Lightfoot threatened and announced that every single employee from the city of Chicago, including the city’s Chicago 16,000 police officers and support staff, must be fully vaccinated by October 15, 2021. Over half the department opposed Lori Lightfoot’s coronavirus vaccine mandate. Any member of the Chicago police department not accepting the Mayor’s coronavirus vaccine mandate will be immediately placed on a suspended no-pay directive and will face permanent termination as a police officer. The terminated police officer could not be eligible for their pension.

My office stands ready to help connect Chicago police officers to an Indiana police department that is hiring now and doesn’t have a vaccine mandate. Welcome to Indiana!  The Federalist that said Lightfoot refuses to pay the city’s officers who refuse the COVID-19 vaccination. She’s placing officers on unpaid leave as well as threatening to take away retirement benefits from those who choose to retire instead, as the city melts down from violent crime.

The head of the Fraternal Order of Police Union of the Chicago Police Department John Catanzara, is a great leader who has been the representative for the men and women of the Chicago Police Department. Mr. Catanzara has been advising his officers to refuse the illegal coronavirus vaccine mandate. Over half the police force has committed not to take the illegal coronavirus vaccine mandate by Lori Lightfoot. The union leader is hoping the strong resistance of those not taking the vaccine will force the first-term rookie Mayor Lori Lightfoot to change her mind and reverse her policy of mandating vaccines for police officers. Chicago is the murder capital of the world and has more homicides than any other city in the nation. Losing experienced veteran police officers will be a kiss of death for Chicago. Moving to Indiana for a Chicago police officer may be a great thing. Indiana has lower housing prices, lower taxes, lower cost of living. Gustan Cho Associates is licensed in multiple states including Indiana and Illinois and has a national reputation for not having lender overlays on government and conventional loans. To qualify for a mortgage with a mortgage company licensed in multiple states with no lender overlays on government and conventional loans, please contact us at [email protected] Or call us at 262-716-8151. Text us for a faster response. The team at Gustan Cho Associates is available 7 days a week, evenings, weekends, and holidays. 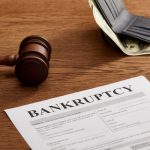 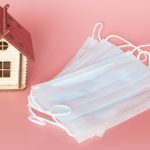