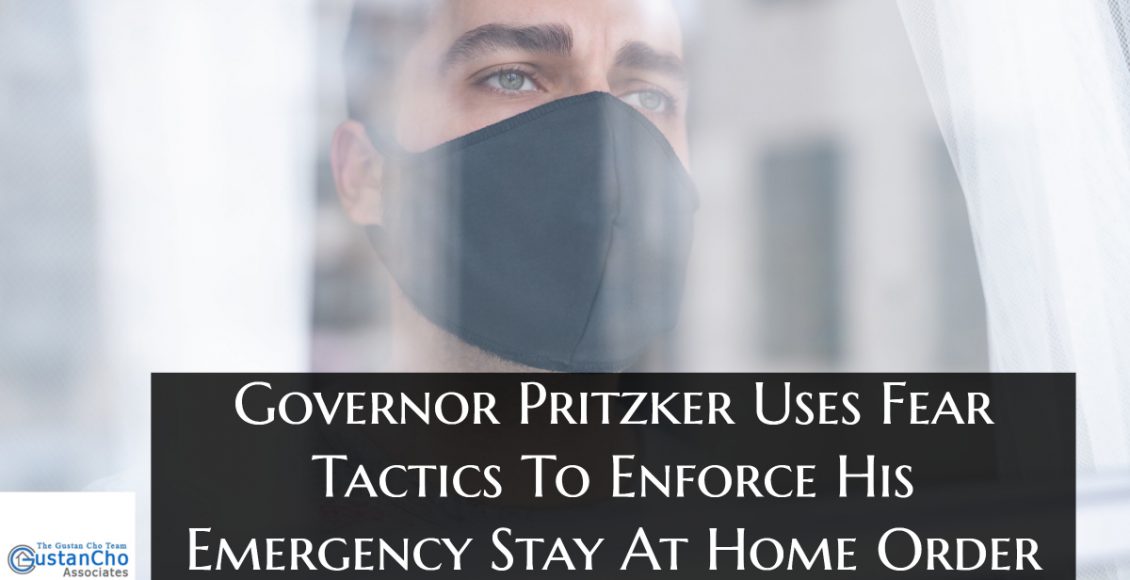 Most Americans are hoping for states to reopen so they can get back to work.

President Trump Leaves It Up To Governors To Reopen States

President Donald Trump gave the authority to state governors to reopen their states:

In this breaking news article, we will discuss and cover on how Governor Pritzker Uses Fear To Enforce Stay At Home Order.

Countless of states such as Georgia, Florida, Texas, Wisconsin have reopened in the past couple of weeks.

This fear tactic by Pritzker is angering most Illinoisans. Over 75% of Illinoisans support reopening the state. States that reopened are seeing a decline in the COVID-19 cases and also a decrease in deaths.

When the coronavirus pandemic was at its early stages, J.B. Pritzker was reasonable and said Illinoisans should take a common sense approach individually. He said that the state and law enforcement is not going to enforce Illinoisans but rather individual should take precautions and abide by the social distancing guidelines. However, as the COVID-19 pandemic lingered on, some businesses, city and county government, and residents said enough is enough and started defying the governor’s executive stay at home order. Some local governments sued the governor’s stay at home order and won.

This angered Pritzker and this is when he started threatening businesses, taxpayers, and even local and county government politicians.

Pritzker said he will do whatever necessary in enforcing his stay at home order. This includes tickets and arrests.

As the state remains closed, more and more businesses may not reopen.

However, the governor now issued a threat that any business that opens will get their business licenses suspended.

Pritzker’s office has been working overtime sending out cease and desist orders for those violating the stay at home order.

Pritzker’s fear tactics is a perfect example of what AG William Barr is talking about.

Governor Pritzker Uses Fear After Other Seeing Other Governors

The freshman Illinois governor was very understanding and sympathetic when the coronavirus first came out. He announced it is up to the local communities to enforce violations of social distancing guidelines. However, several governors like Michigan’s Gretchen Whitmer, Andrew Cuomo, and a few others have used scare and fear tactics such as revoking business licenses. Pritzker followed in their lead in using scare tactics. It is no secret that Pritzker wants to become President of the United States one day. He is trying to use the coronavirus pandemic to make a name of himself. However, it is backfiring and even Democrats are beginning to dislike him. Pritzker is losing popularity really fast. From the look of things, there is no way he has a chance in getting reelected in 2022. Pritzker threatened local and county governments that Illinois will withhold federal funding if they do not comply with his executive state at home order. This is a developing story. From the sound of things, it seems there will be more conflict between the governor and Illinoisans. Pritzker is becoming very unpopular and many groups are being form to recall him as governor. Stay Tuned!!!

Timeline To Qualify For A Mortgage With Bad Credit