The federal government is the biggest employer in the United States.

This holds true with homeowners with have healthcare costs above and beyond what their health insurer covers.

CBS National Correspondent Chip Reid recently wrote a story on how a 38-year-old federal furloughed employee, Lynnette Gabourel, has been affected. Lynnette Gabourel, a 10 year veteran of the United States Navy and federal employee with the International Trade Commission with 38 years of government service has a major dilemma.  Never has she imagined that with her loyal service to our federal government would she be in a financial crisis due to the longest government shutdown in history.

How Homeowners Are In Dilemma Of Paying Mortgage Or Medications

Financial Hardships Due To Shutdown

Although government employees have medical insurance coverage, there is always a co-pay. Some medications can be very expensive and affect household monthly budgets. So what is Lynnette going to do? Make a choice of either buying insulin medication and be late on her mortgage payments? Or get a mortgage late payment which will plummet her credit scores and be on her credit report for 7 years. If she were to sell her house and get another mortgage, she would then not qualify. Mortgage lenders require on-time mortgage payments for the past 12 months. Depending on how long this government shutdown will last, homeowners like Lynnette can be late on more mortgage payments.

To this date, there is no mortgage late payment forgiveness. Lenders start foreclosure proceedings after 120 day late payments. Luckily Lynnette has children who are helping her but yet are still worried. Never before did she have issues paying her mortgage and insulin at the same time. She never had to ask any of her adult children for help until now.  Lynnette Gabourel endured shutdowns in the past. However, she feels this particular shutdown is senseless like most Americans do. She feels like she is a political pawn in a dirty political game between the Democrats and President Donald Trump and the Republicans.

One of our borrowers at Gustan Cho Associates is an IRS employee. He and his wife are buying a brand new home from a home builder. They are expected to close next week. However, due to the government shutdown, it is affecting them with closing costs. They are not getting paid by the IRS due to government shutdown. Luckily we were able to raise their mortgage interest rates so they can get lender credit to cover their closing costs. This is a time when they should be happy and stress-free but due to the government shutdown, they have been stressing on their home closing next week. Politicians consider this a partial shutdown where only 25% of the government employees are affected. However, it is affecting many families and consumers.

How Much Longer Will This Government Shutdown Last

How long will this government shutdown lasts depends on the politicians from both sides to come to term? Both sides do not seem to give in to negotiations. Although they call this a partial shutdown, going on week #5 is really starting to not just affect home buyers but homeowners as well. It is also affecting the safety of our country. TSA workers are not getting paid and many are calling in sick. Do you blame them? IRS transcripts are not getting verified and this is causing delays. Countless of mortgage companies and banks are also getting affected by this partial government shutdown. They are not funding loans unless they can get IRS transcripts confirmed. USDA Loans are almost at a halt affecting many buyers, sellers, builders, and lenders. Stay tuned for more new on how this Government Shutdown Affecting Homeowners.

Previous Post Foreclosure As Part Of Your Bankruptcy Mortgage Guidelines 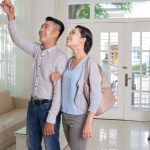