Illinois Governor Under Investigation And How It Affects Taxpayers

This ARTICLE On Illinois Governor Under Investigation And How It Affects Taxpayers Was PUBLISHED On October 15th, 2019

Illinois leads when it comes to federal corruption investigations, arrests, and convictions of its politicians and lawmakers.

In this article, we will cover and discuss how the Illinois Governor Under Investigation And How It Affects Taxpayers.

The Federal Bureau Of Investigation (The FBI) is now investigating Illinois governor JB Pritzker for potential tax fraud. FBI Agents are focusing on Pritzker’s tax appeal on his Chicago townhome. It is alleged that Pritzker instructed contractors to remove toilets from his Chicago townhome to make it uninhabitable. By doing so, it lowers the assessed value of the property thus lowering property taxes. Whenever federal agents start a criminal investigation, it is a serious business. J.B. Pritzker, his wife, and his brother-in-law are under federal criminal investigation for property tax appeal fraud. This topic initially came up during the governor’s 2018 campaign.

There are no pending criminal charges against J.B. Pritzker, his wife M.K. Pritzker, nor his brother in law.

The property is owned by Pritzker and his wife M.K. Pritzker.

Statement By J.B. Pritzker On The Criminal Investigation By The Feds

J.B. Pritzker defended the allegations and said the following:

Let me be clear that I’m very confident that any review of this matter will show that all the rules were followed. I have not been contacted by any law enforcement, neither has M.K.

According to a report by an inspector general in Cook County, M.K. Pritzker instructed contractors and plumbers to remove toilets from the townhome that is in question.

Why Illinoisans Are Nervous With J.B. Pritzker’s Federal Criminal Investigation

Illinois is in bad shape in more than one way.

The arrest and jailing of J.B. Pritzker will definitely cause more unrest in Illinois.

Unlike taxpayers, the media, and others, J.B. Pritzker does not seem to be concerned about the federal criminal investigation. Here is what he said about the investigation by federal agents:

My opponents raised this issue, and it became a political subject last October. I have no concerns that there will be criminal charges stemming from the investigation. I am only focused on my current job responsibilities. We have many bills that are focused on lifting up working families.

Pritzker and lawmakers’ priority are to somehow come up with a solution of coming up with a $3 billion dollar shortfall. They are brainstorming on ways to come up with the cash. This includes raising taxes, implementing new taxes, raising property taxes, and changing the state’s flat tax to the progressive tax system. Pritzker is really banking on revenues coming from the legalization of marijuana. In the meantime, Illinoisans are leaving the state to other lower-taxed states which are adding to the budget deficit. The shrinking population, budget shortfalls, pension debts, increasing taxes, depreciating property values due to high property taxes are all factors that the state is on the verge of junk-bond rating status. 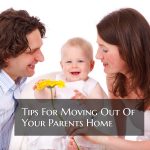 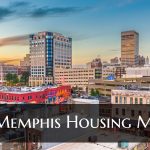 Next Post Memphis Housing Market Becomes The Top 10 In The U.S.
CALL NOW