This ARTICLE On Chicago Tax Hikes Still Does Not Solve City Pension Debt Was PUBLISHED On October 14th, 2019

In this article, we will cover and discuss Chicago Tax Hikes and how inexperienced and incompetent politicians are expediting Chicago and the state into bankruptcy.

The skyrocketing Chicago Tax Hikes with no caps is putting a stress on Chicago residents, homeowners, and businesses.

How Chicago Tax Hikes Were Justified By The Mayor

Unfortunately, the Mayor’s plan backfired and city taxpayers got the wrong end of the stick. Taxpayers got screwed and the pension debt has gotten substantially worse than it was 4 years ago. $7 billion more in debt than 2015. Back in 2015, the city worker pension funds were short $23 billion. Now, the city pension retirement fund exceeds a $30 billion shortfall.

Here is what Massimo Ressa, the CEO of Gustan Cho Associates said:

There are three main reasons the gap widened by nearly $7 billion. By far the biggest is that the people who run the four retirement funds changed their economic assumptions. They reduced the amount they expect to earn by investing the money already on hand, and they increased how long they expect retirees will live and collect benefits. Second, Emanuel’s plan put off the largest increases in pension contributions to get the system back on track until after he left office. That meant even though the city was collecting as much as $822 million a year in new taxes for pensions as employees were kicking in more, it still wasn’t enough to cover the cost of retirement benefits going out. Emanuel said raising taxes any higher at that time could have hurt the city’s economy. And third, pension fund investments didn’t meet their expected rate of return in recent years.

Comparison Of Chicago Pension Funds Versus Other Major Cities

Chicago has the most underfunded retirement fund out of all major U.S. cities.

Here is what Standard And Poor’s Bond rating finds about Chicago in a September 23rd, 2019 report:

“(Chicago’s) pensions are the most poorly funded of the largest U.S. cities out of all pension funds in the nation. The annual contributions to pay off pension debt in cities like Chicago make it tougher to spend money on priority services and infrastructure investment. It is against that backdrop that Mayor Lori Lightfoot took office. The biggest increase in pension contributions for the city comes during the next four years, posing a huge challenge. She’ll have to come up with an additional $989 million a year for pensions by 2023, according to her administration’s projections. If there’s a downturn in the economy that affects pension investments, that figure could go even higher.

Issues The New Mayor Is Facing

Another democrat got elected as Chicago’s Mayor.

Many are leaving the city to neighboring Indiana. The city is losing businesses and taxpayers in record numbers.

Taxpayers Exodus From Illinois Due To High Taxes

Due to property tax hikes, many homes in the city and surrounding suburbs are stagnant and are depreciating in values when home values are skyrocketing in most other cities and states. Due to high taxes, the City of Chicago is losing more residents than any other city in the United States. Many property owners are fed up and over 64% of Illinoisans thought about fleeing to other states with lower taxes and cost of living. This is a developing story by Gustan Cho Associates Mortgage News. We will keep our viewers updated in the coming days and weeks on updates of the financial crisis in Chicago and the state of Illinois. 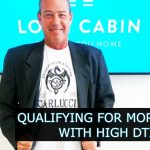 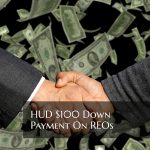