Here are the VA Loan Requirements on the TWO YEAR RULE:

Then the following conditions need to be met:

Serving During Wartime Versus Peacetime

During the Korean War Period:

Just because a soldier served in the U.S. Military does not mean they automatically qualify for a VA home loan. VA Loan Requirements with regards to being eligible for VA Loans. Veterans who were discharged due to hardship and/or service-related disability can qualify for VA Loans. Veterans who were discharged from the military for the convenience of the federal government can qualify if they have completed a minimum of 20 months of a 24-month enlistment agreement and/or served no less than 90 days during wartime and/or 181 continuous days during peacetime due to disability that was caused by serving in the armed services. Veterans who were discharged from active duty due to medical conditions, whether to connect or not connected with their service, can qualify for VA Loans. Veterans who received an involuntary discharge by any branch of the armed services from active duty due to the government’s discretion to reduce military personnel and/or due to the following:

Members of the Selected Reserves are those who are compensated and paid for training and serve on the reserves. These members are on the Selected Reserve and are called when the government needs additional troops to safeguard our country. Members of the Selective Reserves who would not qualify for VA Loans can qualify if they have completed six years of service in the Selective Reserves without being called to active duty if they meet the following conditions:

VA Guidelines to qualify for VA Loans are the following: 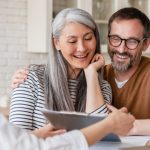 Previous Post Overlays In Underwriting On Government And Conventional Loans 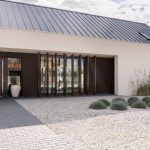 Next Post FHA Home Loan Requirements: How Can I Qualify For An FHA Loan
CALL NOW